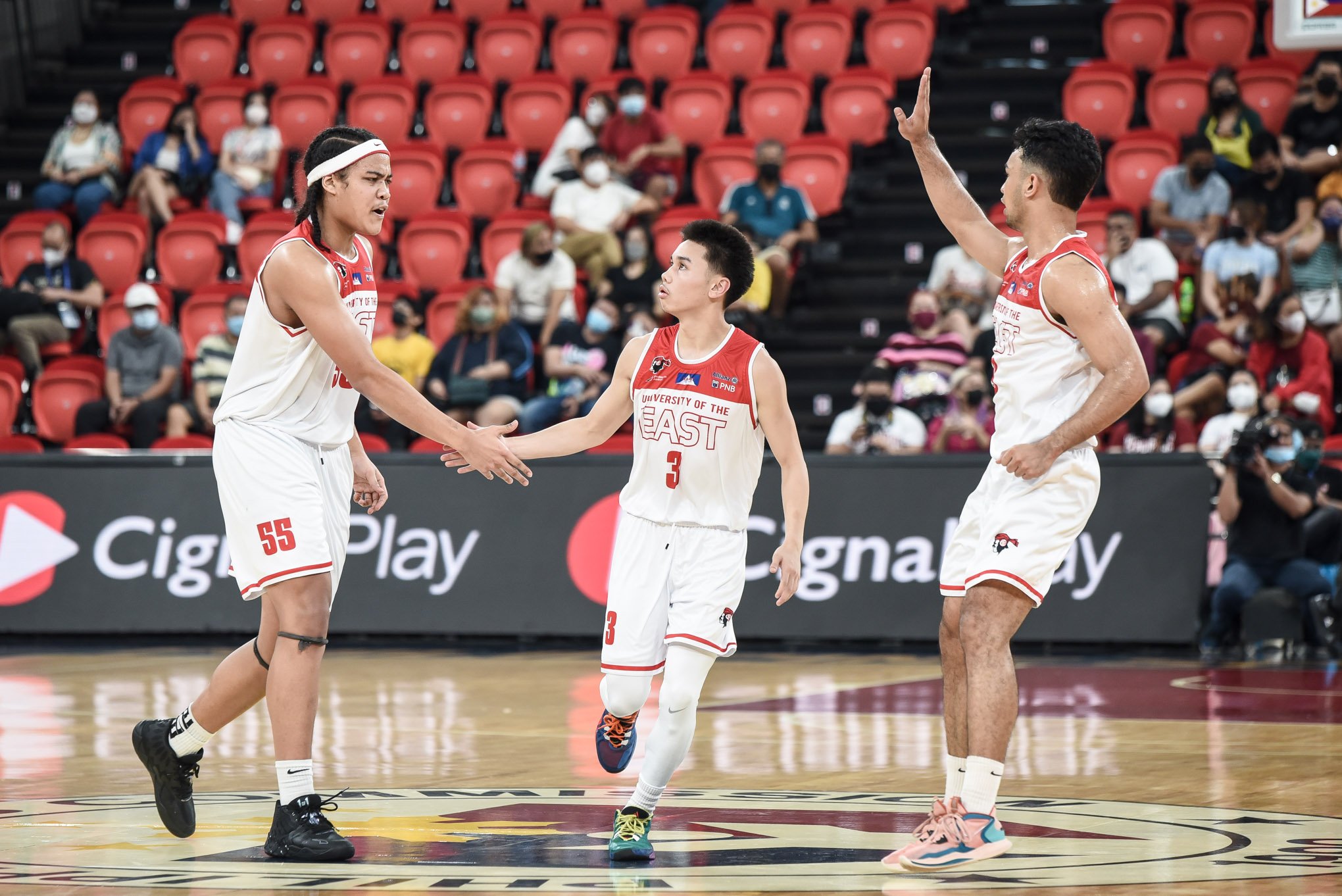 Kyle Paranada (3) celebrates with his teammates Jalen Stevens, left, and Harvey Pagsanjan during a game against FEU in the UAAP Season 85 men’s basketball tournament. UAAP PHOTO

The transformation officially began on Wednesday when the Warriors trounced the Far Eastern University Tamaraws, 76-66, at the Philsports Arena, ending a long, frustrating slide of 15 straight games dating back the past two seasons.

Playmaker Kyle Paranada went to town by firing five threes and finishing 25 points for the Warriors, whose breakthrough victory erased a season-opening heartbreaker against the National University Bulldogs.

“This is our first win in two seasons. The past is the past and you cannot do anything about it. You just have to think about the future. The win will provide the momentum that we need in our next game,’’ said Paranada.

Patrick Sleat had 15 points and Cholo Anonuevo added 10 for the winless Tamaraws, who battled back from 20 points down in the third only to squander their efforts in the end for a second straight defeat.

“We celebrated after the game like we’ve won the championship. We’ve already reached to bottom, there’s no way to go but up,’’ said UE coach Jack Santiago.