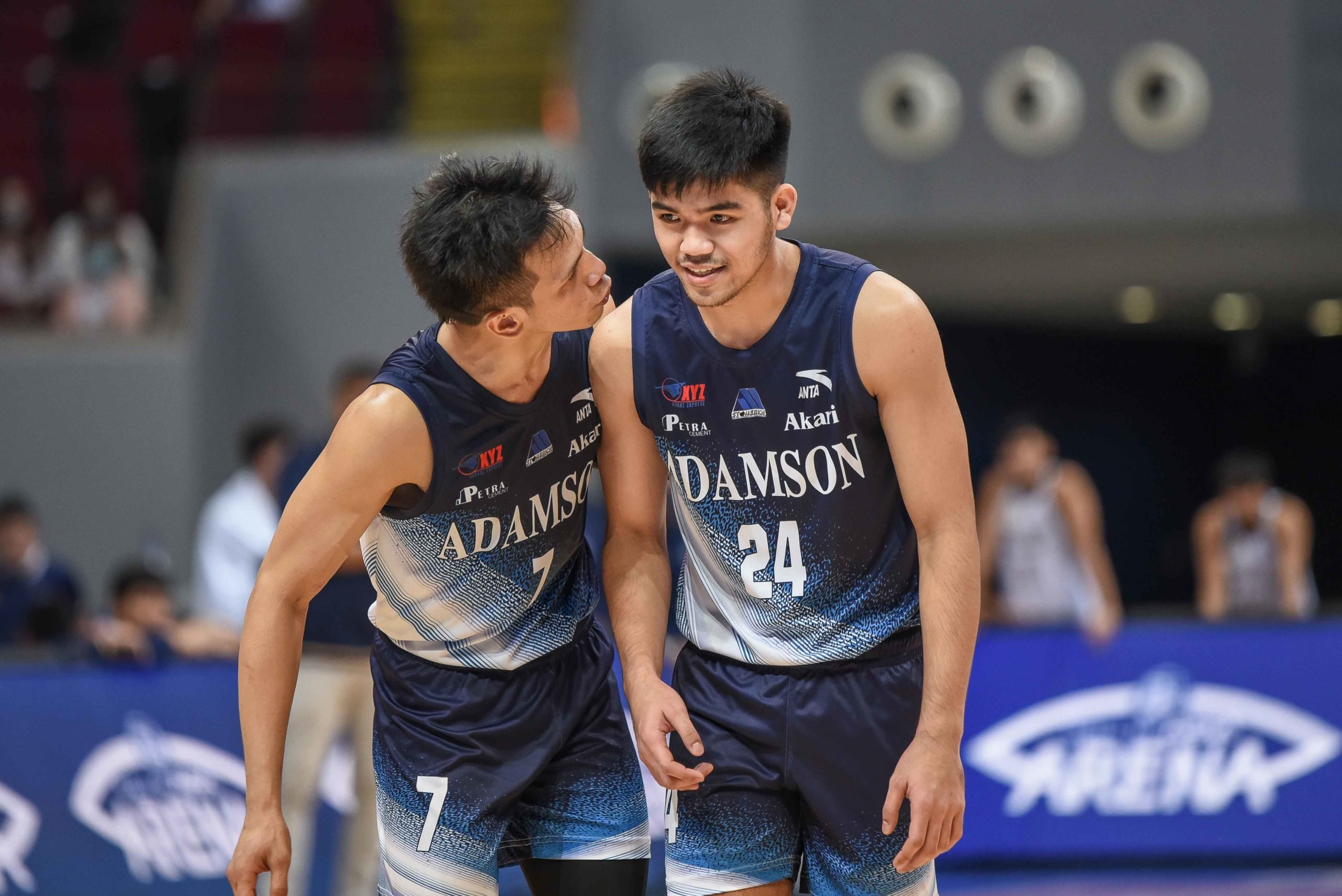 MANILA, Philippines — Adamson coach Nash Racela lauded his Falcons for learning from a series of heartbreaking defeats in the first round of the UAAP Season 84 men’s basketball tournament.

Jerom Lastimosa and the Soaring Falcons stunned the National U Bulldogs, 62-55, to keep their Final Four hopes alive on Tuesday at Mall of Asia Arena.

Adamson remained unbeaten two games into the second round improving its record to 3-6 to tie joint fifth placers Far Eastern University and University of Santo Tomas and move closer to No.4 NU (5-4).

Racela said the Falcons already learned their lesson from a string of heartbreakers in the first round, including a 69-71 loss to the Bulldogs in their first meeting.

“For sure those games had an effect, not just the first two games of the second round, but to our remaining games. These players learn through experience. That’s something that I realized, and that’s why they’re coming out better now in the second round,” said Racela shortly after the win. Lastimosa agreed that their heartbreaking 1-6 start in the opening round made them tougher.

“We learned from what we went through in the first round. We’re happy that we’re winning,” he said after his 17-point outing.

Racela said his wards are doing the right things that’s why they were able to avenge their first round losses to NU and FEU, which they beat 64-63 on Matty Erolon’s clutch triple last week.

“Just by doing the right things, what is expected from the players, they’re doing it. Actually, they deserve these wins because they don’t give up, they continue to fight, regardless, and that’s something that as a coach, I’m really, really proud of,” he said. “Regardless of the situation, they keep on fighting. And that’s what you want. As a coach, that’s what you want.”

Still in the Final Four race, Racela doesn’t want the Falcons to be ahead of themselves.

“Wee don’t want to be ahead of ourselves. We just have to focus on the next game. And then we’ll see, we are taking it one game at a time and hopefully by doing our part, we get good results, whatever that means,” he said.

Adamson will be tested as it battles the No.2 University of the Philippines, which has won eight straight games, on Thursday at 4:30 pm.