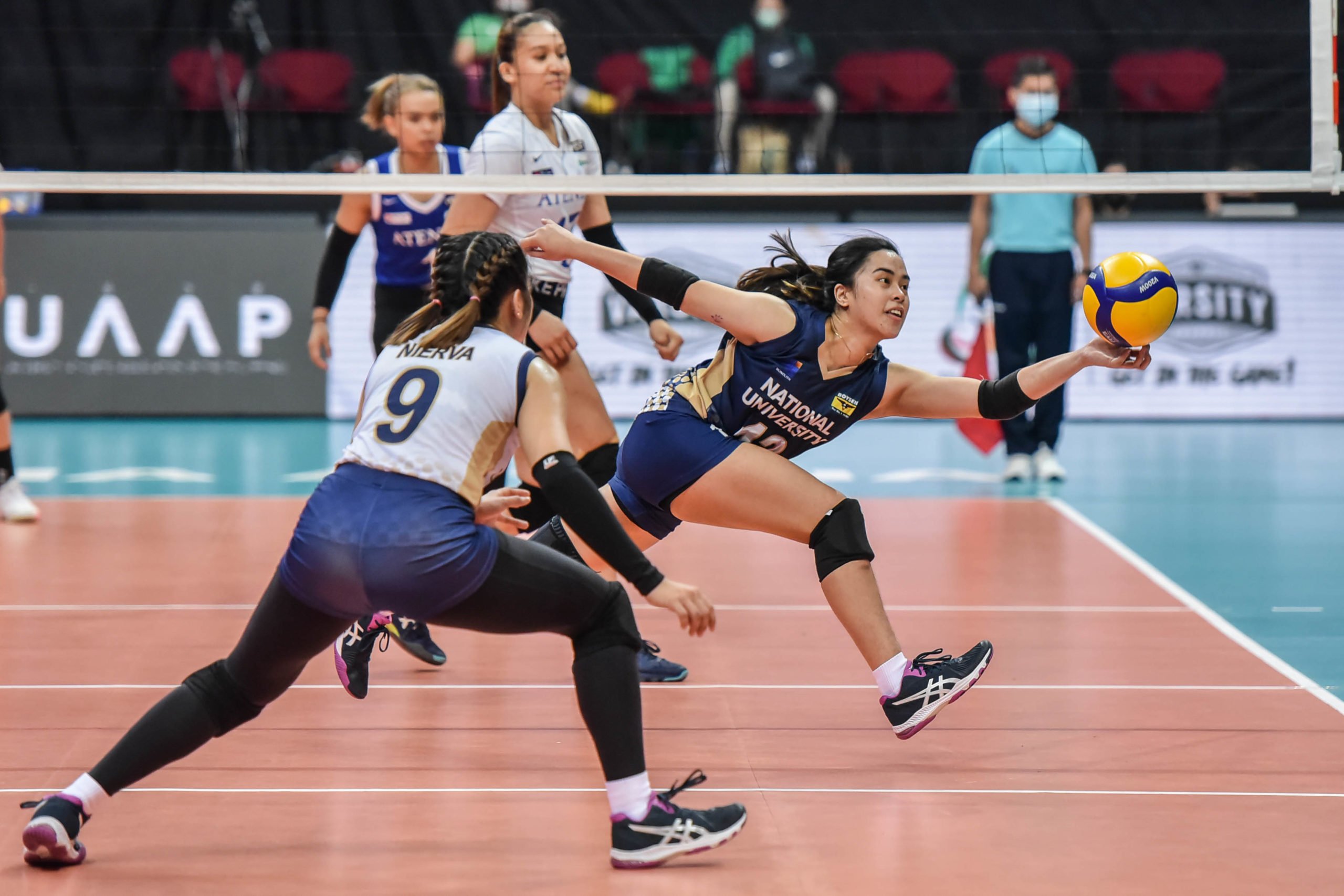 MANILA, Philippines—Lams Lamina has been a vital part of National University’s early success in the UAAP Season 84 women’s volleyball tournament, staying unbeaten in nine games for its best start in the Final Four era.

With all eyes on the Lady Bulldogs spikers Cess Robles, Bela Belen, and Alyssa Solomon, the rookie playmaker has been orchestrating the brilliant offensive plays, controlling the tempo, and maintaining the momentum.But Lamina deflected the credit as having a lot of talented attackers from the team makes the job easier for her.

(All of my teammates are hitting their spikers once I set the ball.

Lamina, who made 22 excellent sets on top of four points, said her teammates’ attacking gives her confidence in embracing her responsibility as a setter.

Lamina emerged as the league’s top setter at the end of the first round, averaging 5.09 excellent sets per frame.

NU head coach Karl Dimaculangan, who is also a setter during his playing years with University of Santo Tomas and commercial volleyball leagues, said Lamina is a coachable playmaker who always delivers the plays he draws.

“She’s always listening to my instructions and applying it in the game. Because I always guide her,” said Dimaculangan in Filipino.

With NU winning nine straight games and Lamina executing the plays well, Dimaculangan wants his young setter to keep on learning, which he has been emphasizing to the team every game.

“She has more to improve on her game. Because learning every game is very important for our team. It’s not just setting the ball to her teammates but also making the plays that will give us points,” said the brother of star setter Rhea Dimaculangan.

NU tries to secure a Final Four berth against hapless University of the East on Tuesday.