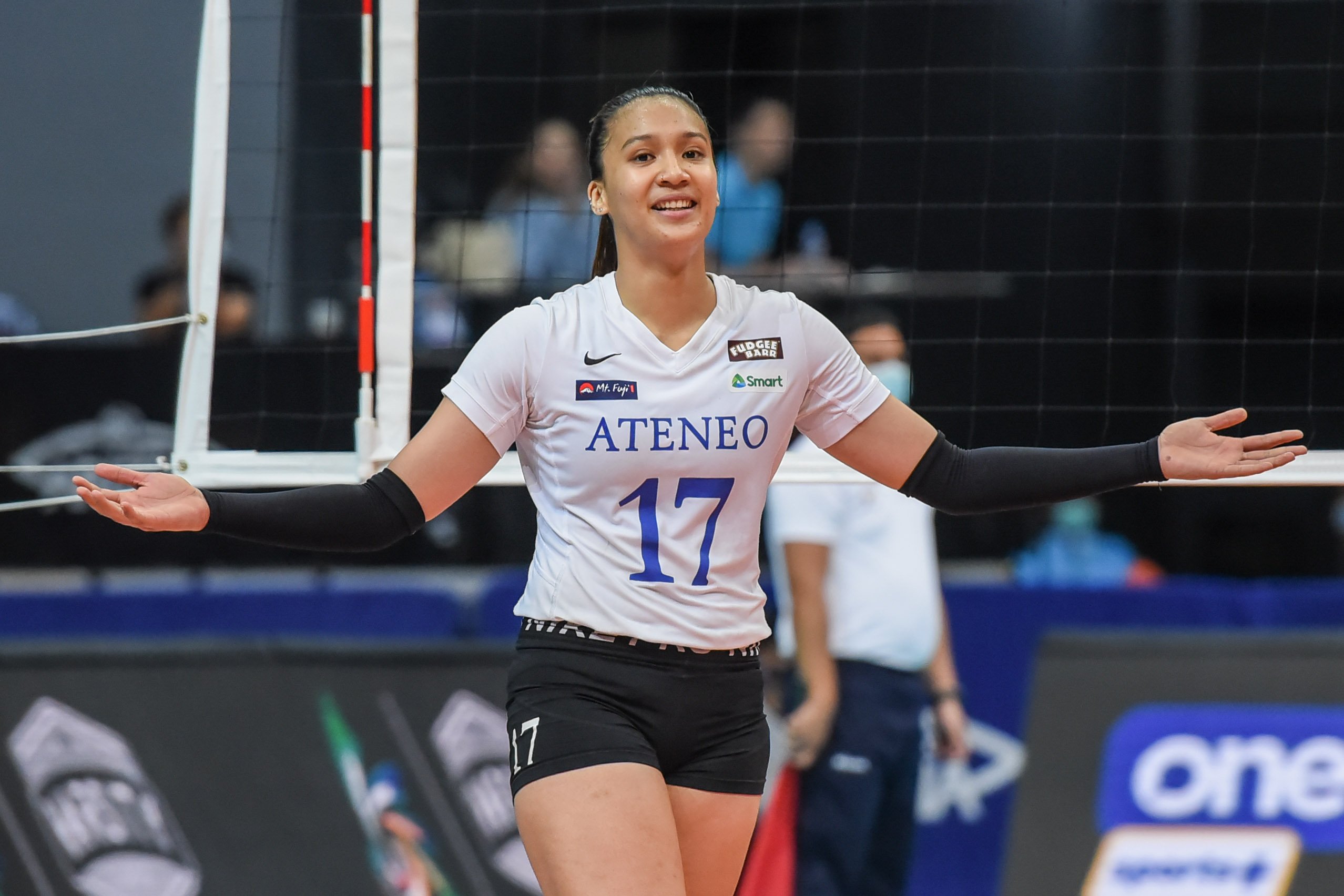 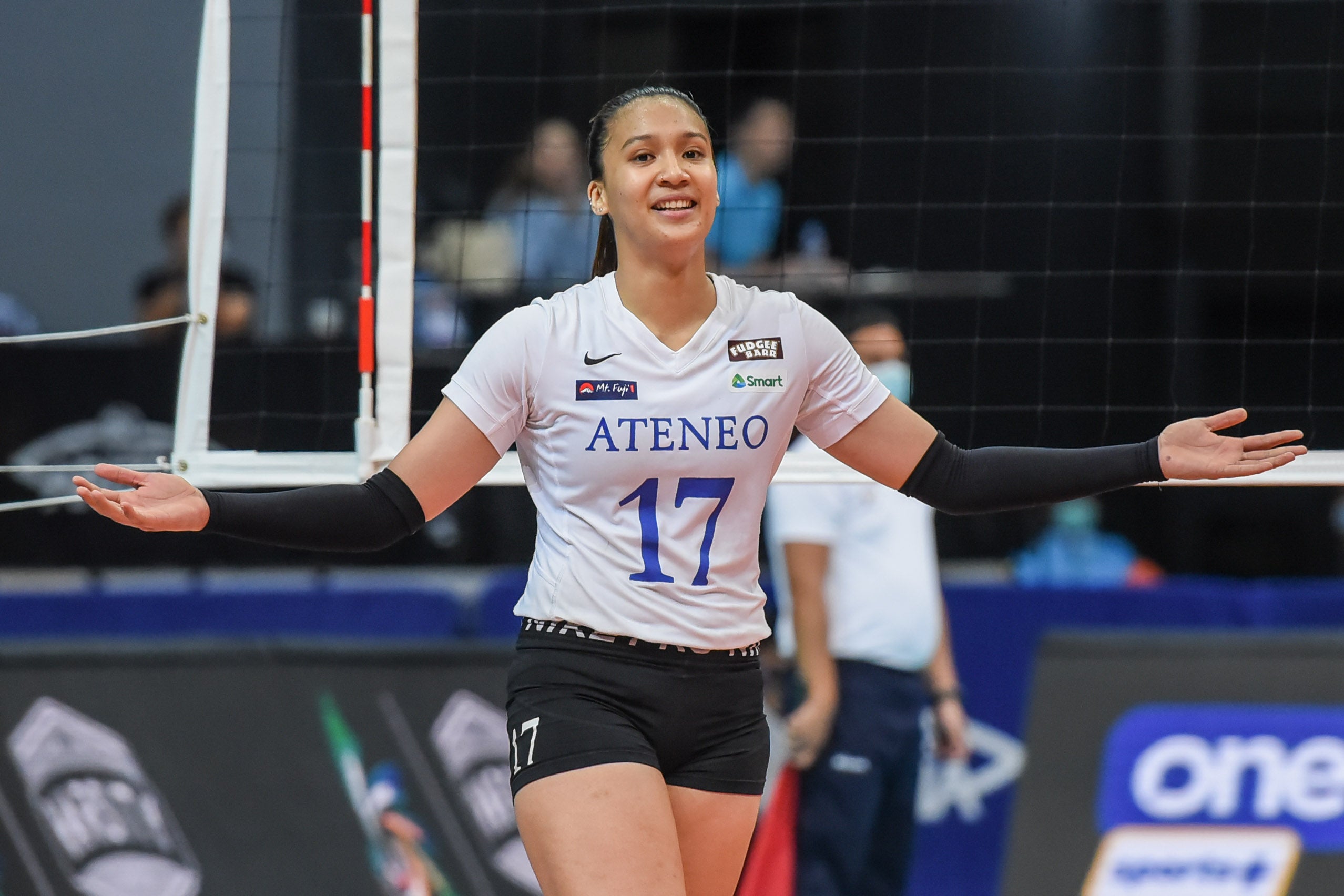 MANILA, Philippines—Faith Nisperos was in tears after she propelled Ateneo past a hard-fighting Adamson side in a grueling five-setter to bolster the Blue Eagles’ Final Four chances in the UAAP Season 84 women’s volleyball tournament.

After dropping 31 points and escaping Adamson, which gave up three consecutive errors in the thrilling fifth set, Ateneo’s leading scorer went emotional while singing their alma mater, relieved after a nail-biting 24-26, 25-21, 25-19, 23-25, 19-17 victory on Saturday at Mall of Asia Arena.

“I was very emotional at the end of the game, because all of us, from our coaches to my teammates, really worked hard for this and we put all our efforts and a lot of sacrifices. And we did it despite the fatigue,” said Nisperos in Filipino after the big win.

The Davaoeña spiker unleashed her UAAP career-best, hitting 26 attacks, four aces, and a block including an impressive defensive effort with 22 excellent receptions to put Ateneo at solo No.4 with a 7-5 record.

Despite delivering her best game and hitting the timely hits when it mattered most, Nisperos deflected the credit to her teammates for staving off the gritty Lady Falcons.

The 22-year-old spiker believes the Blue Eagles are “slowly getting there” after winning four of their five second-round matches.

But Nisperos insisted the job is not yet done as Ateneo remained eager to keep spreading its wings in its last two games against rival La Salle on Tuesday and University of the Philippines on Thursday to reach the Final Four.

“We learned a lot from this game and our hard work paid off. But there are things that need more work. Yes we’re getting there, but we’re not gonna stop,” Nisperos said.