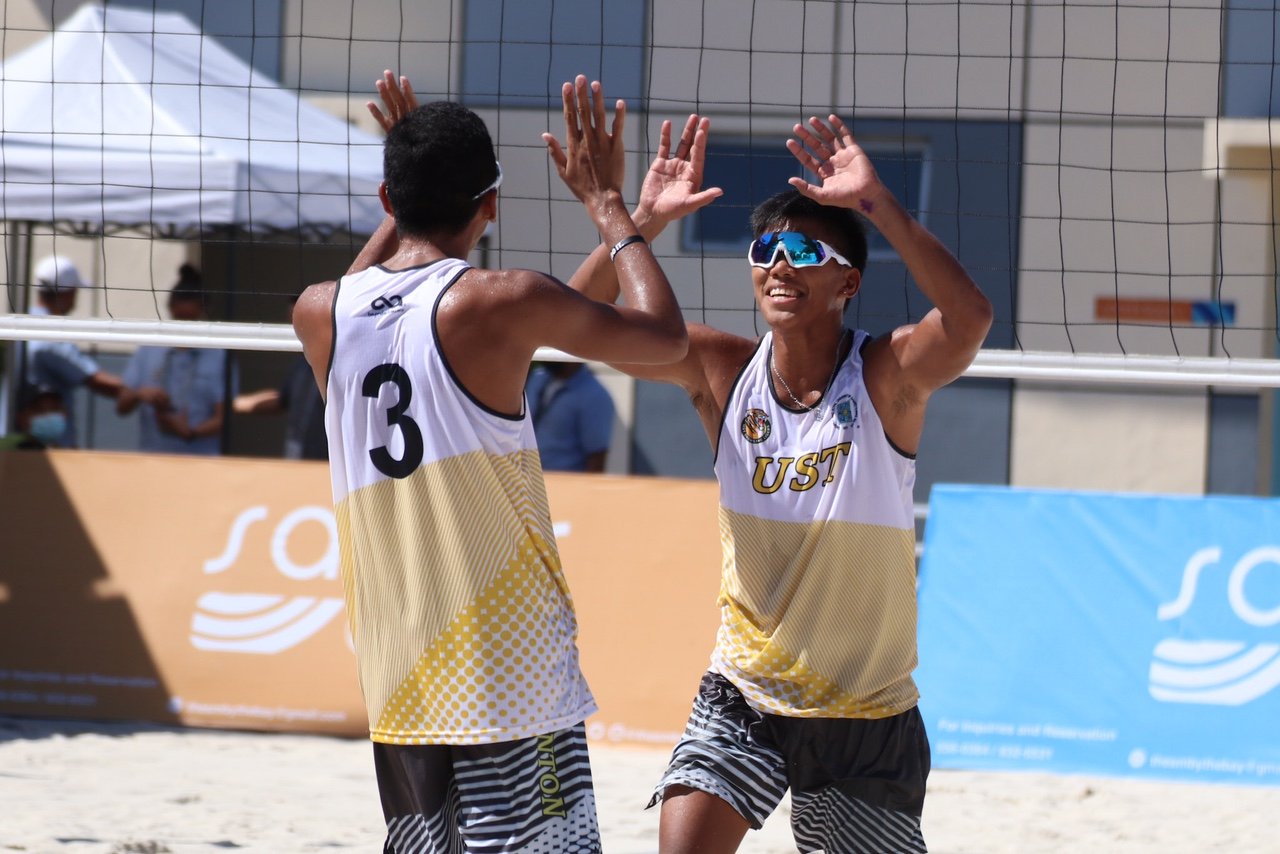 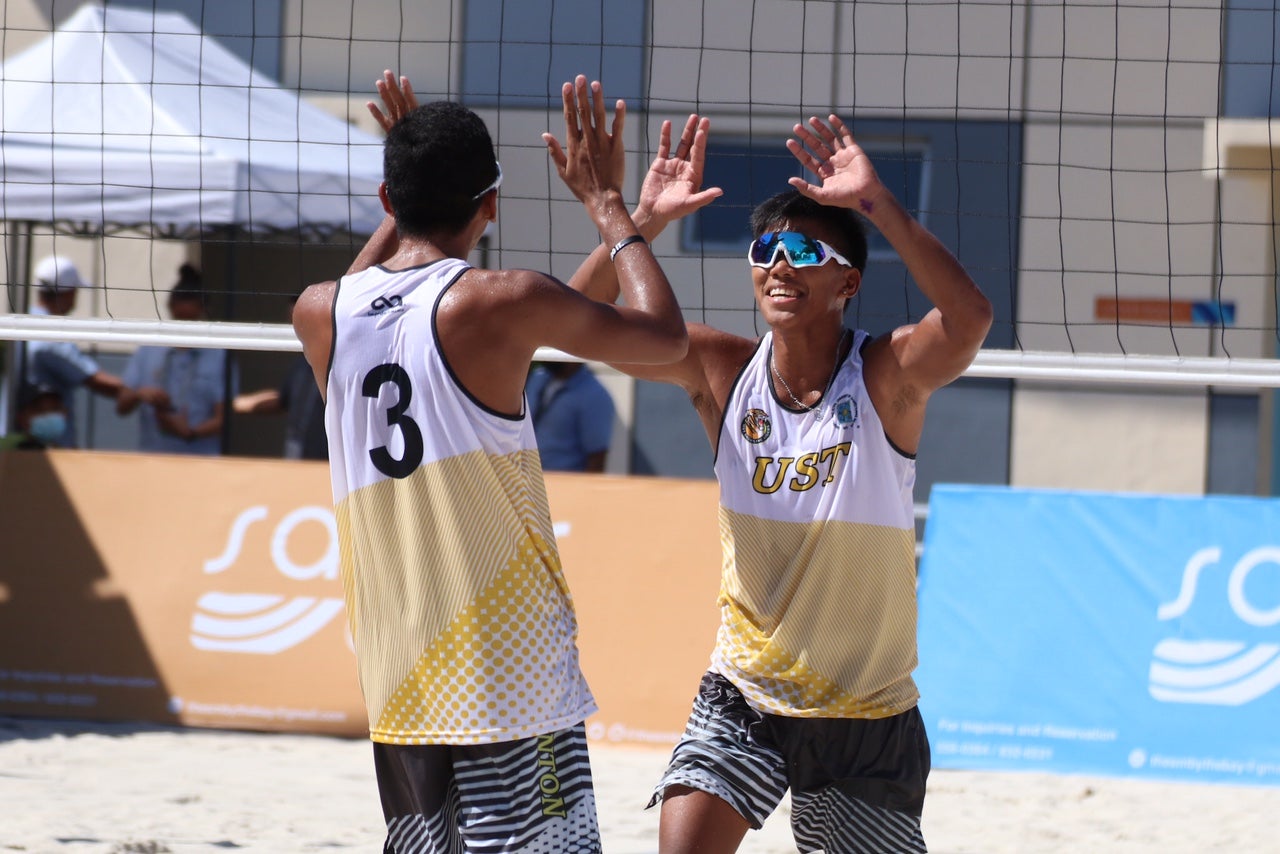 MANILA, Philippines — Defending champion University of Santo Tomas and National University secured the two twice-to-beat slots for the Final Four after finishing strong on the last day of eliminations of the UAAP Season 84 men’s beach volleyball on Friday at Sands by the Bay.

The Tiger Spikers won five straight of their six matches to end the elimination, but they placed second to the Bulldogs, who beat them in the opener, 12-21, 21-17, 15-12. The twice-to-beat NU takes on University of the Philippines on Saturday at 9 a.m., while UST and La Salle collide at 10 a.m.

The Bulldogs and the Tigers need only to win once to make it to the title game set Sunday. But if the Fighting Maroons and Green Archers prevail, the knockout matches will be played in the afternoon.

The Fighting Maroons forced a playoff after beating Far Eastern University’s Jelord Talisayan and Martin Bugaoan, 21-16, 17-21, 19-17, to tie the Blue Eagles at 3-3.

“This is for the whole UP team and the UP community. We’re so happy because our goal is to make it to the Final Four,” said Gamban. “We’re about to face a bigger challenge tomorrow.”

FEU and Adamson finished their campaigns with 1-6 and 0-7 records, respectively.