UAAP: Baldwin says he made ‘tactical mistakes’ in Ateneo loss to UP 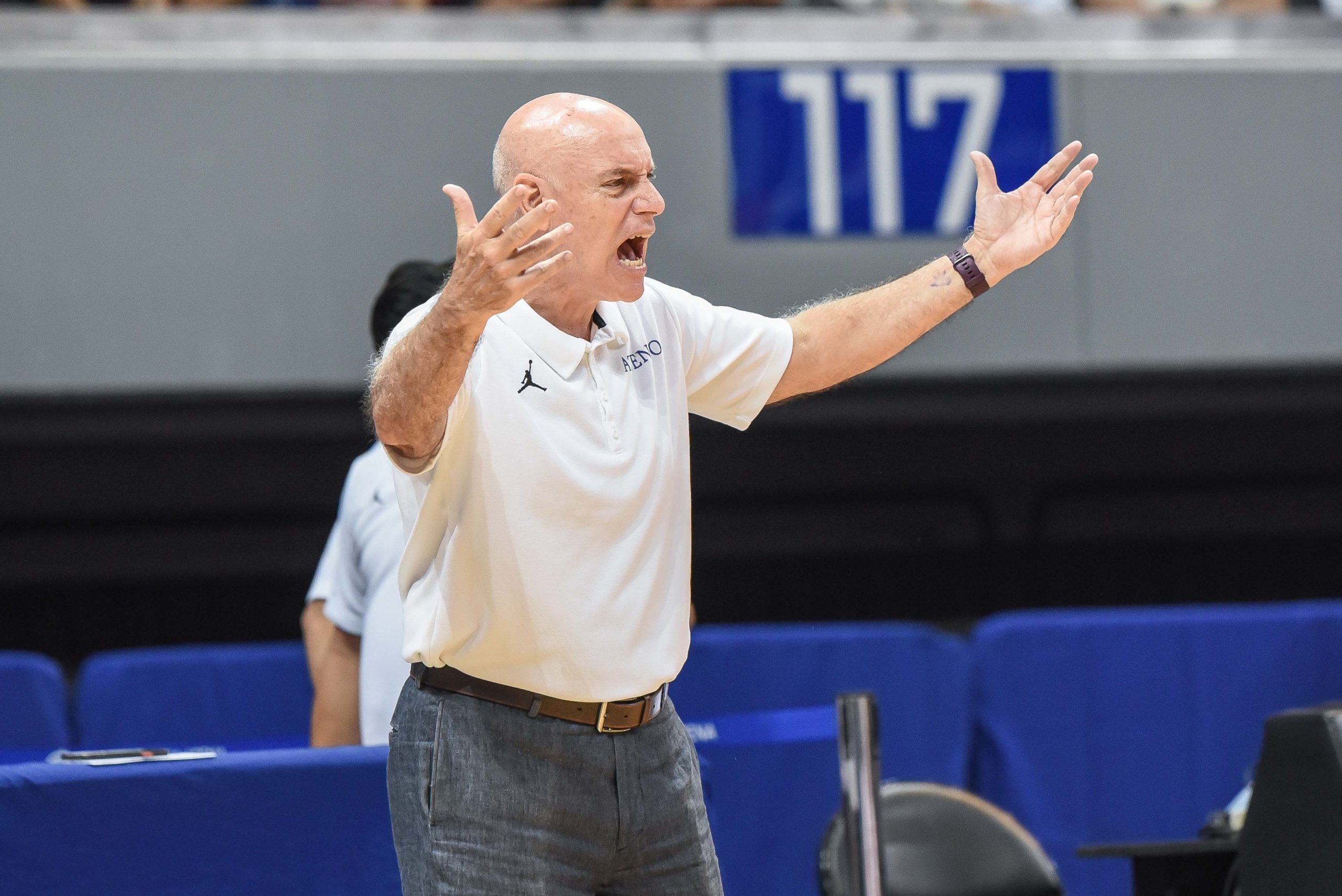 Ateneo coach Tab Baldwin during a game against UP in the second round of the UAAP Season 84 men’s basketball tournament at Mall of Asia Arena. Photo from UAAP

MANILA, Philippines — Ateneo coach Tab Baldwin quickly accepted that all good things must come to an end after their 39-game winning streak dating back to October 2018 was ended by University of the Philippines in the UAAP Season 84 men’s basketball tournament.

The Blue Eagles’ flight to an outright Finals for the second straight season was grounded by the Fighting Maroons with an 84-83 victory on Sunday at Mall of Asia Arena.

Baldwin admitted he made a lot of tactical mistakes and gave credit to UP coach Goldwin Monteverde and his Maroons, who shifted the post-season format to a regular Final Four.

“It was a great game of basketball, you gotta give a lot of credit to Goldwin and then the UP players, especially the way they came out of the block at the beginning of the game,” said Baldwin.

“I made some tactical mistakes early and that hurt us it contributed to digging a hole for our team, and UP was really ready. They played really well early they hit shots, and it’s just a case of trying to dig out of that hole right throughout the game.”

“We climbed out of it a couple of times, but it was two teams at that point they were playing really hard desperate basketball, and UP just made bigger shots,” he added, referring to James Spencer’s clutch three and Ricci Rivero’s winning free throws.

The Kiwi-American coach said it was UP’s strong 27-13 start in the first quarter that took away their rhythm as they went down as much as 18 in the third quarter.

“UP put good pressure on us early we just didn’t get in into a good rhythm early in the game offensively, it took us quite a while actually, so I think that accounted for their big start, and that’s coaching that’s life I made decisions, and they didn’t pan out very well in the game,” he said.

“This is a good humbling experience for all our organization for me, for the team and I told the team after the game I said in large part this loss is on me so they gotta play better, too. But that’s just the way it is, you don’t win them all.”

Baldwin and the Blue Eagles are moving on from the loss and will regroup for the Final Four, where they have a twice-to-beat edge, against the No. 4 Far Eastern University Tamaraws on Wednesday at 6 p.m.