UAAP: Adamson’s Jerom Lastimosa makes sure to deliver dagger this time vs UP 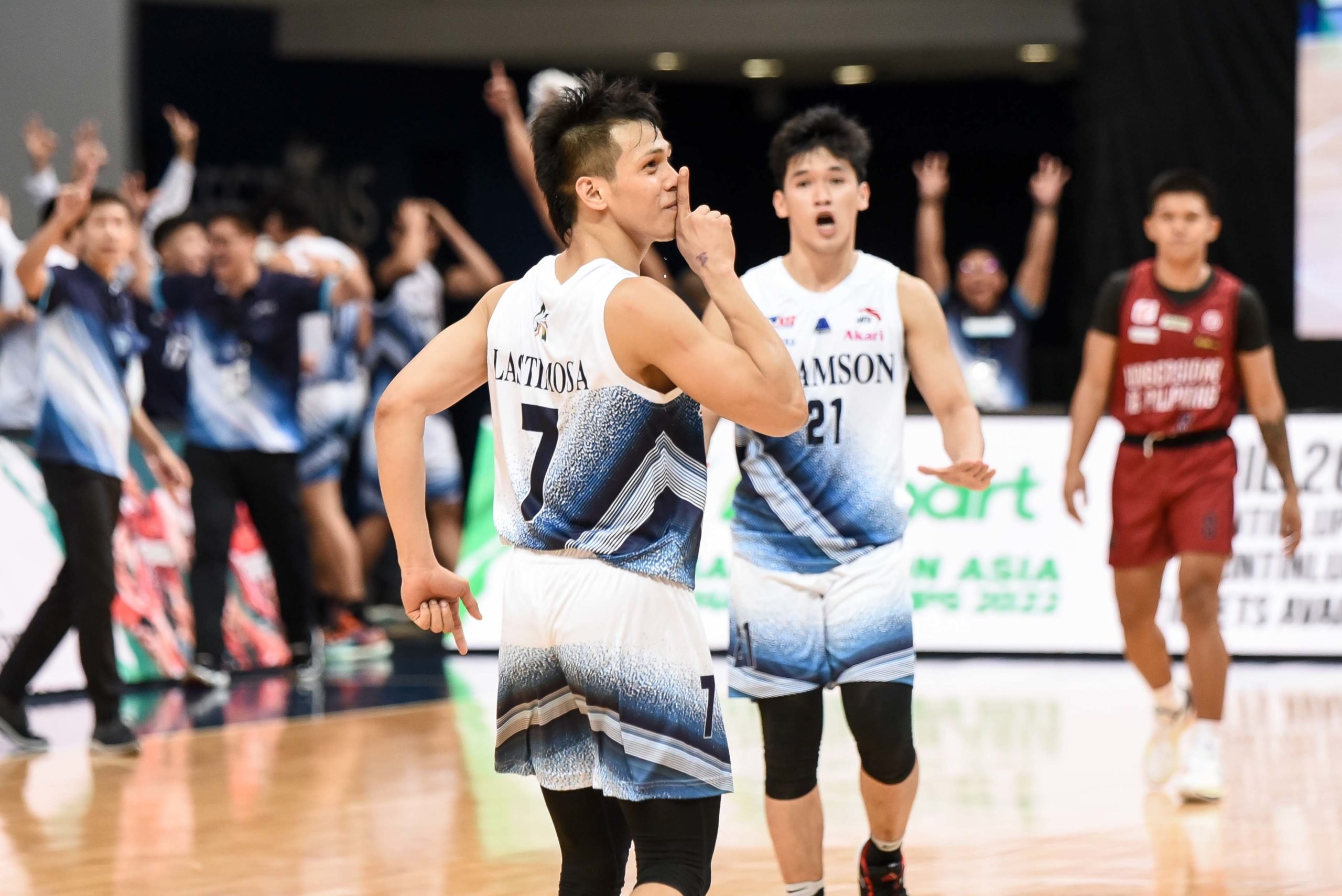 MANILA, Philippines — Eager to redeem himself from a missed game-winner in the first round, Jerom Lastimosa made sure to complete Adamson’s 66-58 upset of University of the Philippines and boost their Final Four bid in the UAAP Season 84 men’s basketball tournament:

With the Soaring Falcons holding a precarious 59-57 lead, Lastimosa nailed a cold-blooded stepback triple at the final 23.3-second mark  that served as the dagger in snapping the Fighting Maroons’ eight-game win streak on Thursday at Mall of Asia Arena.

The third year guard was determined to slay the ghost of the past when he missed the potential game-winning trey in their heartbreaking 73-71 loss to UP last April 5.

“I really wanted to make up for my mistake in our first round game against UP,” said Lastimosa in Filipino shortly after the win.
“We had a lot of heartbreaking losses in the first round. Now we’re happy that we were able to redeem ourselves from those setbacks.”

Lastimosa, who had 13 points, five rebounds, four assists, two blocks and a steal, said Adamson assistant coach Gilbert Lao lit his desire to take matters into his own hands before he was fielded back late in the fourth.

“I remembered what coach Gilbert told me when I was subbed in for Ricky Peromingan. He told me:  “It’s winning time,” he said. “It was really set in my mind that it’s winning time. And the game was in my hands and I saw the shot clock down to the last five seconds. So I shot the three-pointer.”

As Lastimosa exacted his sweet revenge on the No.2 UP, he kept Adamson unbeaten in three second round games to force a triple tie at 4-6 with National University and Far Eastern University in the fourth spot.

The Falcons coach Nash Racela doesn’t want his wards to look at their rising record, he wants to keep the same mindset of taking one game at a time.

“Right now, we’re not looking at the record. Again our mentality is just day-to-day, game-to-game. Wherever it brings us, we will be ready,” Racela said. “The growth has been fast-tracked because we only practiced as a team, third week of January… All of a sudden they’ve made adjustments on the fly. As a coach, I’m really surprised and happy with their progress.”

Lastimosa hopes Adamson will sustain their momentum in the final stretch of the elimination, facing University of Santo Tomas on Saturday.

“I’m really happy that we won three straight games. Hopefully, we will continue to win until the end,” he said.