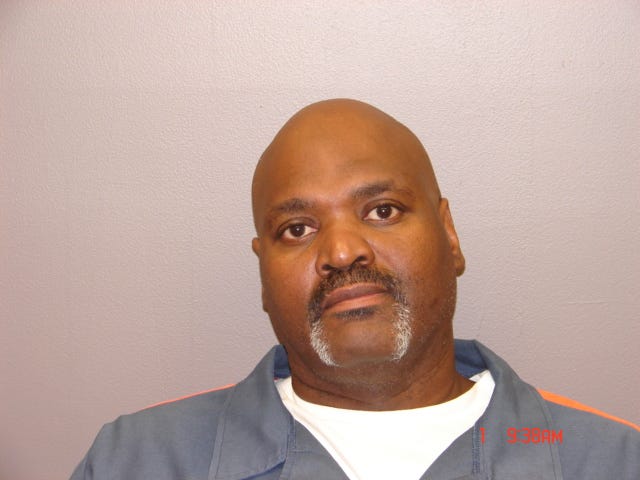 Washington — The U.S. Supreme Court ruled 6-3 Thursday that it would not overturn Michigan’s decision to uphold the conviction of Ervine Davenport, a Kalamazoo-area man who argued he was inappropriately shackled during his trial for murder in 2008.

Davenport, now 57, was sentenced to life without parole in August 2008 after being convicted of first-degree murder for strangling Rose White to death in 2007. He admitted to the strangling but was shackled during his trial, which was visible to the jury and is unconstitutional.

Davenport challenged his conviction on the basis that his shackling was a violation of his due process rights, but the Michigan Courts of Appeals concluded the error was harmless, noting the only questions at trial had been whether Davenport acted in self-defense or in a premeditated manner. He had admitted to choking White.

The issue before the justices was what standard the federal courts, in reviewing such cases from state prisoners, should apply to determine whether a trial error was “harmless.”

“…we cannot see how the Michigan Court of Appeals acted contrary to or unreasonably applied clearly established federal law,” Gorsuch wrote in the majority ruling. “The Michigan court found the shackling in Mr. Davenport’s case harmless for two reasons — both because of the ‘overwhelmin[g]’ evidence against him, and because jurors testified that his shackling did not affect their verdict.”

The court’s majority determined that federal courts must apply two tests in determining whether to allow prisoners to seek a new trial for such infractions. Gorsuch wrote that the U.S. Sixth Circuit Court of Appeals erred by granting a new trial because it satisfied only one standard.

In a dissenting opinion, Kagan wrote that the Supreme Court has twice addressed how federal courts should determine whether a state trial error is harmless.

“Today, the Court discards those crystal-clear statements, subscribed to on each occasion by every Justice,” she wrote. “Now those courts will have to jump through (an additional legal test’s) hoops as well, even though that extra analysis will never lead to a different result. I respectfully dissent from that pointless demand.”

Oral arguments in the case marked the first time Michigan Solicitor General Fadwa Hammoud argued before the high court. She was the first Arab American Muslim woman to argue before the justices, according to the state Attorney General’s Office.

“This not only clarifies the issue, but it also means so much to our state and our judicial system,” Hammoud said Thursday. “When the state courts put in the time and our jurors perform their civic duty and a decision is rendered that is not unreasonable …, then our state courts deserve deference.”

A split panel of the 6th Circuit U.S. Court of Appeals held last year that the shackling of Davenport had a “substantial and injurious effect or influence” on the jury’s verdict and that he was entitled to relief — a standard of review set by the Supreme Court in Brecht v. Abrahamson in 1993.

The state of Michigan filed a petition with the justices, asking them to reverse the 6th Circuit, arguing that Brecht is only one of two analyses required before relief may be granted to a prisoner in habeas cases, in which federal courts weigh the legality of an individual’s imprisonment.

“When something unconstitutional happened at trial, how many hurdles does a state prisoner have to clear before they can get relief in federal court? That’s fundamentally the question,” Justin Marceau, a law professor at the University of Denver, told The Detroit News when the justices heard oral arguments on the case.

“It is quite technical, but it also answers this question for state prisoners in every state across the country. So it is notable in that sense.”

Marceau noted that the Supreme Court under Chief Justice John Roberts has been hostile to the idea of federal habeas relief because it’s viewed as a “usurpation” of a state’s sovereignty. Historically, the justices have granted habeas cases from the 6th and 9th circuits when they want to reverse them in favor of the state, he said.