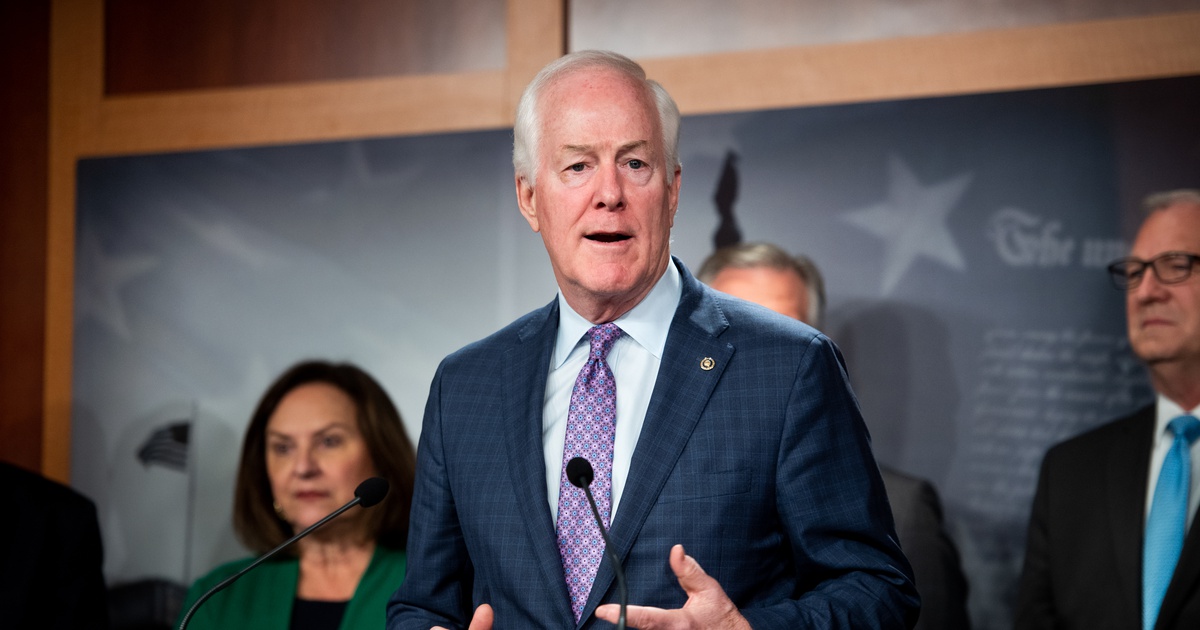 Republican U.S. Sen. John Cornyn said he is embarrassed by the lingering scandals surrounding Attorney General Ken Paxton when asked by reporters Thursday for his thoughts about the runoff primary election early next week.

Paxton is seeking a third term as the state’s top lawyer and is facing Land Commissioner George P. Bush in a runoff for the Republican nomination.

But the incumbent has faced a slew of controversies in the past few years, including an FBI investigation into allegations he abused his office to help a wealthy donor, a 7-year-old felony securities fraud indictment, a lawsuit from the state bar challenging his ethics as a practicing attorney for suing to block the 2020 election results, and accusations he cheated on his wife. Paxton has denied criminal wrongdoing.

“I will tell you that I remain very disturbed by the fact that the incumbent has had an indictment hanging over his head, for now, I don’t know, what has it been, six years? This is the chief law enforcement officer of the state of Texas. And it’s a source of embarrassment to me that that has been unresolved,” Cornyn said on a Thursday call with reporters, noting that he tries “very hard” not to get involved in primary politics. Cornyn has not endorsed in the primary.

Cornyn is the most prominent Texas Republican to criticize Paxton’s rocky record. Cornyn has represented Texas in the U.S. Senate for almost 20 years and served six years as the second-highest-ranking Republican in the chamber. He’s also a former Texas attorney general and state Supreme Court justice.

Paxton tweeted in response that he was “not shocked” by Cornyn’s comments.

Paxton has been attacking the Bush family name throughout the race for the moderate conservatism that was broadly representative of his family’s political dynasty, which includes two former presidents. The primary often tests which candidate can appeal to the party’s most ardent followers, and the Republican Party has increasingly moved toward the right in alignment with former President Donald Trump.

Paxton remains the favorite heading into the runoff and is backed by a number of top conservative politicians — most Trump, who called him “a fighter like no other” to wide applause at a recent Austin rally.

He remains beloved by many conservatives for his frequent challenges to the Biden administration over its policies.

The senator also pointed to unresolved claims from whistleblowers in the attorney general’s office who said they were retaliated against after they accused Paxton of malfeasance.

“Obviously, the voters will have access to that information,” Cornyn said. “They’ll make their own decision. I can’t predict what the outcome will be, but I do, as a former attorney general myself, I’m embarrassed by what we’re having to deal with.”