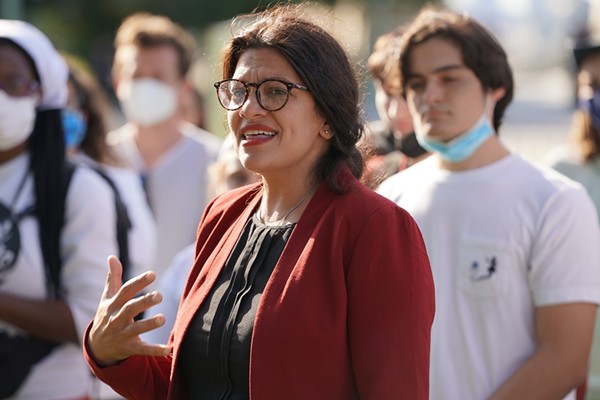 U.S. Rep. Rashida Tlaib is on the mend after testing positive for COVID-19, according to her spokesman Denzel McCampbell.

“She’s doing better,” McCampbell tells Metro Times, adding that she’s “quarantining until she is no longer contagious and is safe to be around others.”

The Detroit Democrat announced on Monday that she tested positive for the virus.

I’ve tested positive for COVID-19. After not feeling well over the weekend, I took an at home and PCR test. I am home quarantining and recovering.

“After not feeling well over the weekend, I took an at home and PCR test. I am home quarantining and recovering,” she said in the message. “Please stay safe, everyone.”

Tlaib, who is fully vaccinated, isn’t sure where she was infected. A week before she tested positive, she visited the White House twice for bill signings.

Tlaib is running for another term in Congress in the newly drawn 12th District.

Tlaib is just the latest well-known figure from Michigan to get infected this month.

“After two years, Covid finally caught up with me,” Duggan said at the time.

Duggan has returned to work.

“The mayor is doing well and feeling well,” Duggan’s spokesman John Roach tells Metro Times. “He was cleared to return to work and was at (Detroit Arts and Culture Director) Rochelle Riley’s arts awards yesterday.”