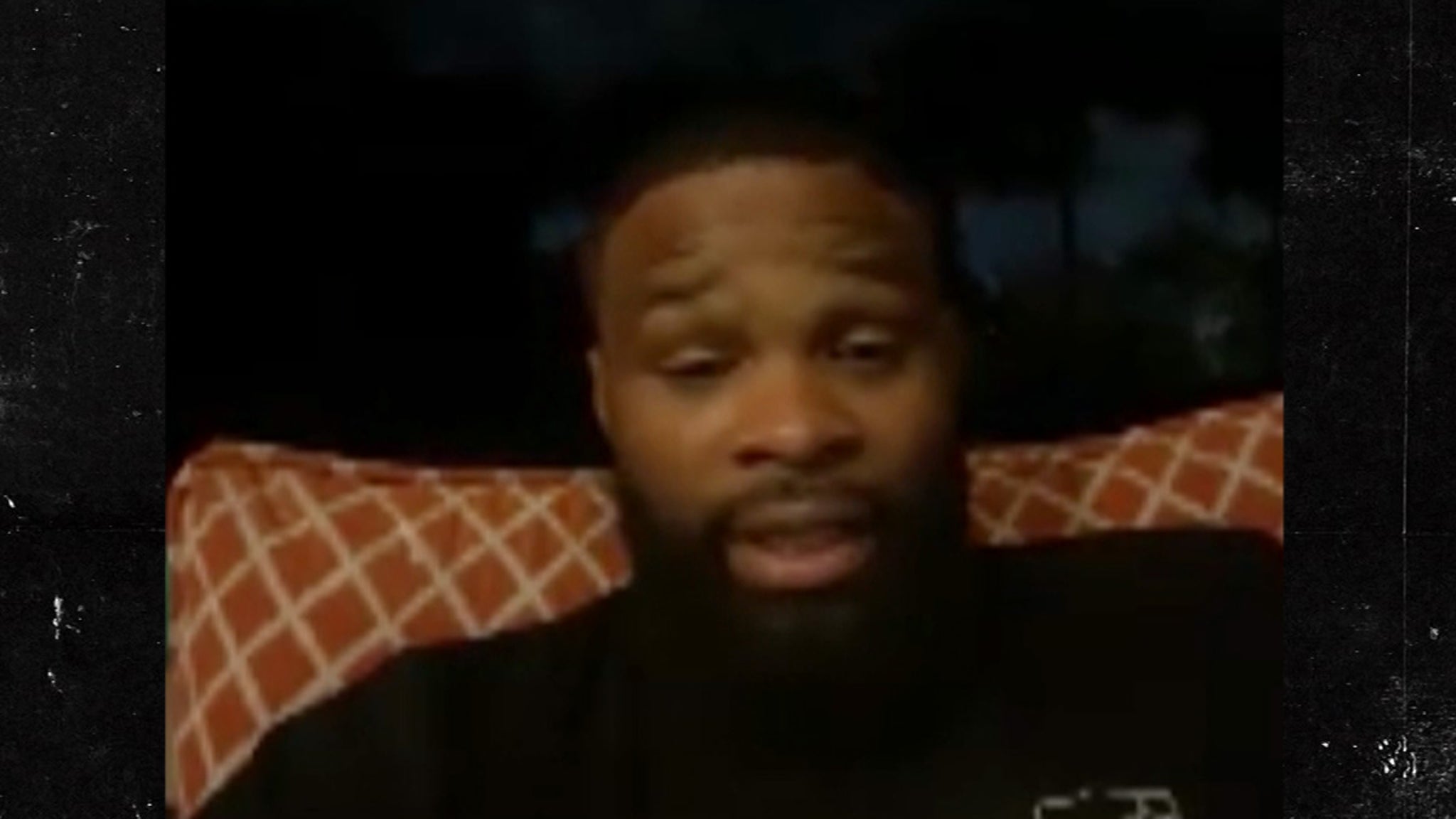 Jake Paul is just a clout chaser going after easy fights to look cool … so says ex-UFC champ Tyron Woodley, who tells TMZ Sports he’s more than happy to put the YouTube superstar in his place with a violent beatdown!!!

Of course, The Chosen One is super tight with Paul’s most recent victim, Ben Askren … and even acted as his cornerman at Triller Fight Club last month.

Now that Paul’s working on getting his next opponent, Woodley tells us he believes the guy’s too scared to fight anyone he could actually lose to … calling the 24-year-old a “culture vulture” for his wild antics.

“Jake Paul is — well we kinda recognize he came from Disney, we expect him to be like this little f***ing macho macho man that he’s playing, but he keeps calling out everybody but me,” Woodley says.

“I’m the one with the real smoke with you.”

The former welterweight champ added Jake will do anything to make headlines … and says his “gotcha hat” moment with Floyd Mayweather stole the shine from his bigger bro, Logan.

“They just culture vultures. Like he’ll vulch the juice from his own damn flesh and blood … My dogs don’t move like that.”

Woodley says it’s clear Paul picks low-hanging fruit to save his image as a boxing badass … but if he wants to go up against a REAL fighter, Tyron’s his guy

But, it’s not all talk — Woodley tells us he’s dead serious about fighting Paul … and wants it to happen ASAP.

“If Jake dropped his ball sack out his stomach and sign the deal, then I think Floyd would be happy that I’d be the one to knock his f***ing head off.”