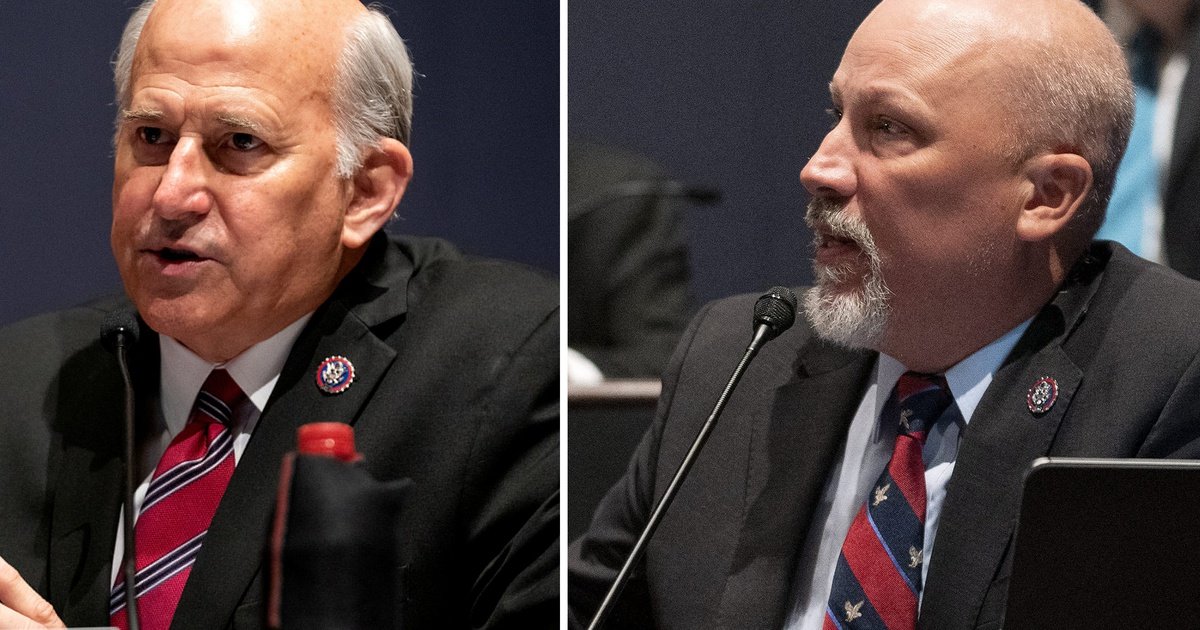 WASHINGTON — Two Texas Republicans were among a small number of House members on Wednesday to vote against a bill that would help women and children on federal assistance have access to more formula brand options.

The legislation passed with bipartisan support and was one of two bills passed by the U.S. House that attempt to mitigate a disruptive baby formula shortage around the country.

U.S. Reps. Louie Gohmert of Tyler and Chip Roy of Austin were among only nine members to vote against the legislation that would have allowed changes to the WIC program, formally known as the Special Supplemental Nutrition Program for Women, Infants and Children. That measure would expand the formula brand choices available to program participants, which would lessen the impact of a single company’s recall.

WIC is a federal program that delivers nutritious foods to women who are pregnant, breastfeeding or postpartum and children under 5 years old. Amid the shortage, some parents have been struggling to get by and paying out of pocket for formula because the only brands left that they’re able to source in stores are not covered by the program.

Gohmert’s office did not respond to a request for comment, but Roy said in a a statement to The Texas Tribune that he voted against both pieces of legislation on Wednesday because he didn’t think they would solve the problem.

“The only way to get more formula to American families is to fix the crony policies that prevent more U.S. companies from producing it, remove barriers to innovation, and allow imports from trusted nations; the legislation Democrats put forward does none of that,” he said.

Calling the Biden administration “demonstrably incompetent,” he called the shortage “the direct result of unnecessary federal regulations and of a bloated bureaucracy that failed to recognize the problem before it spiraled out of control.”

The formula shortage came about after a suspected contamination set off a recall at a formula plant in Michigan, and the highly consolidated industry was unable to adapt. The Biden administration also pointed to continued supply chain disruptions amid the COVID-19 pandemic as another factor stressing the ability to access formula.

Texas is being hit particularly hard, with 52% of baby formula out of stock as of May 1 — the third-worst formula shortage in the nation, according to the retail software company Datasembly. Both Houston and San Antonio are among the U.S. metro areas hit hardest by the shortage, with Houston the second-worst in the U.S. at a 52.5% out-of-stock rate, the data firm said.

The other, more partisan bill passed Wednesday night allocated money toward inspecting foreign imports of baby formula and to avoid future supply chain shortages. That bill passed 231-192. All Democrats present for the vote supported the bill; only a handful of Republicans backed it. No Texas Republicans backed the legislation.

Two other Texans, U.S. Reps. Jodey Arrington, R-Lubbock, and Vicente Gonzalez, D-McAllen, did not vote on either bill.

House Republican leadership encouraged its conference to vote against the bill. According to The Hill, U.S. House Minority Whip Steve Scalise of Louisiana advised members that Democrats pushed the bill “in hopes of covering up the administration’s ineptitude by throwing additional money at the FDA [Food and Drug Administration] with no plan to actually fix the problem, all while failing to hold the FDA accountable.”

Both bills will need to pass the Senate before they can be sent to President Joe Biden’s desk.

Earlier this week, Biden invoked the Defense Production Act, an executive power that dates to the Korean War. This power allows presidents to direct businesses to prioritize certain goods they consider vital to the country’s national security.

“This disruption threatens the continued functioning of the national infant formula supply chain, undermining critical infrastructure that is essential to the national defense, including to national public health or safety,” Biden said in a directive to the Department of Health and Human Services to implement this order.