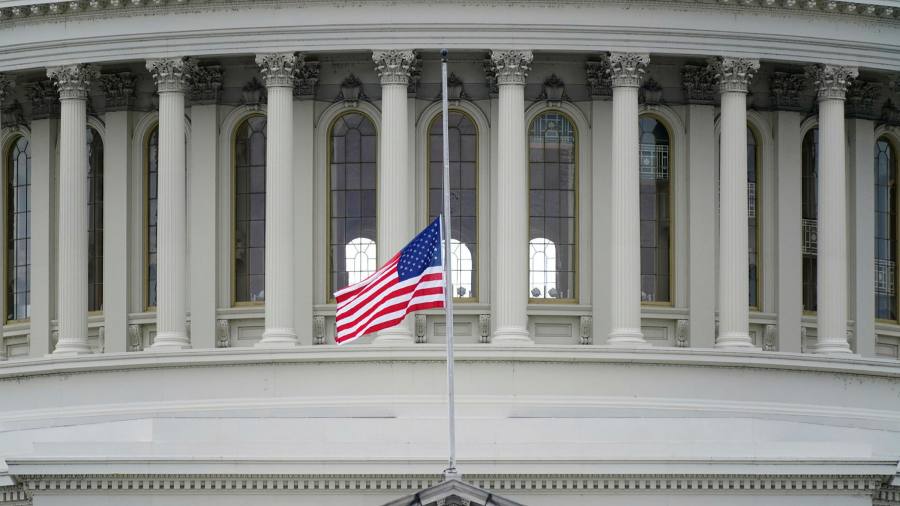 US authorities have arrested and charged two men with allegedly spraying a chemical substance at Brian Sicknick, a Capitol Police officer who died after injuries sustained during the January 6 assault on the seat of Congress.

The arrests of Julian Elie Khater and George Pierre Tanios came as Merrick Garland, Joe Biden’s newly installed attorney-general, has vowed to make the prosecution of the perpetrators of the attack on the US Capitol a top priority during his early days in office.

According to a federal court document outlining the charges, Khater, a 32-year-old from State College, Pennsylvania, and Tanios, a 39-year-old from Morgantown, West Virginia, were “working together to assault law enforcement officers with an unknown chemical substance by spraying officers directly in the face and eyes”.

They also “appeared to time the deployment of chemical substances to coincide with other rioters’ efforts to forcibly remove the bike rack barriers” surrounding the Capitol building, according to the court document.

The charges outlined on Monday were based on video footage of the deadly attack on the US Capitol, during which pro-Trump rioters stormed the seat of Congress in an attempt to block the certification of Biden’s victory in the 2020 presidential election.

According to the complaint, Khater said “give me that bear shit,” as he reached into Tanios’ backpack, in an apparent reference to bear spray, a toxic substance. Tanios responded: “Hold on, hold on, not yet, not yet . . . it’s still early.”

Later, Khater walks up to Sicknick and two other law enforcement officers and appears to spray them at a distance of between 5 and 8 feet.

“Khater is observed with his right arm up high in the air, appearing to be holding a canister in his right hand and aiming it in the officers’ direction while moving his right arm from side to side,” according to the complaint. “The officers immediately retreat from the line, bring their hands to their faces and rush to find water to wash out their eyes.”

Khater and Tanios are facing nine criminal charges including three counts of assaulting a federal officer with a dangerous weapon, conspiracy to injure an officer, civil disorder, and impeding an official proceeding.

US authorities have not charged anyone with causing Sicknick’s death, which occurred on January 7 and the Capitol Police attributed to “injuries sustained while on-duty”.

Khater was arrested while disembarking from an aeroplane in Newark, New Jersey, while Tanios was arrested at his West Virginia home, both on Sunday.