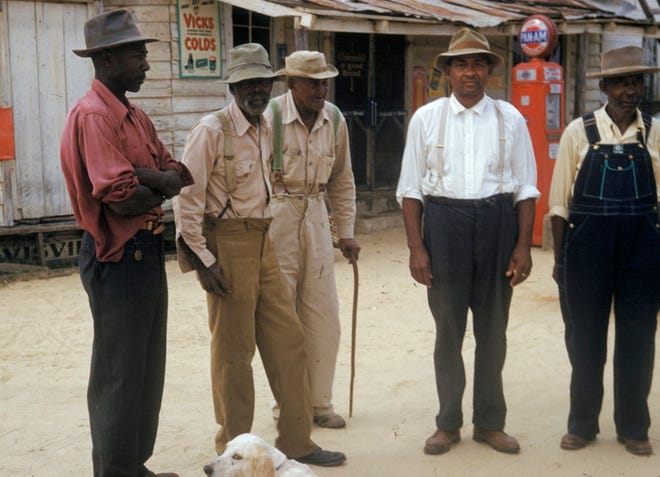 Fifty years after officials halted one of the most unethical public health studies in United States history, the societal effects of the Tuskegee Syphilis Study and the health injustices it represents remain prevalent in the area, according to new research from Tulane University and Auburn University.

From 1932 until 1972, doctors from the U.S. Public Health Service ran a study in Macon County that included 600 Black men, many of whom were sharecroppers and had never been to a doctor’s office. Of that number, 399 of the men had the bacterial infection syphilis, and the remaining 201 men did not. Doctors told all of them that they were being treated for “bad blood.”

About 11 years into the study, penicillin became the widely available treatment for syphilis. However, the doctors in Tuskegee opted not to provide effective care to the participants, instead watching them suffer from severe side effects from their untreated infection with the goal of tracking syphilis’ progression to death.

By the time an ad hoc advisory panel deemed the study “ethically unjustified” and it shut down, 28 participants had died from syphilis and 100 more from related complications. Moreover, at least 40 spouses of participants had been diagnosed, and the disease had been passed down to at least 19 children.

“It’s morally unacceptable that a community that has been exploited continues to face such significant health challenges, which are traceable to systemic and structural inequities rooted in racism,” Tulane University researcher David Chae said. “People died because of the Tuskegee Syphilis Study. This research should be considered part of a broader societal effort to come to terms with the enduring legacy of racism in the U.S..”

The team sent recruitment letters to hundreds of randomly selected addresses in Macon County; they enrolled 205 people in the study. Of those, 164 were Black, and 31 were white, which is proportional to the racial makeup of Macon County, according to the 2020 U.S. Census.

Participants completed a survey and answered several open-ended questions. Among the findings:

‘We almost live in a desert’

A majority (57.4%) of participants cited structural and social issues as their greatest health issue. The most reported problem was healthcare access.

Though there are several primary care doctors in Macon County, there is no hospital.

The second most reported problem was a deficiency in the service environment — for example, limited access to healthy foods.

“We almost live in a desert in Macon County. We have two groceries stores, but they do not have good prices for the pay that most people get who live in Tuskegee. Most people in Tuskegee are elderly or on public assistance,” once participant said.

That same participant said they will often drive neighbors to Auburn or Montgomery just to buy groceries at a cheaper price.

Other participants said high rates of poverty and the lack of job opportunities are barriers to their health.

This proves true when comparing Macon County to surrounding counties.

The same comparison can be made between Macon County and nearby Elmore County, which is 75% white and 22% Black. In Elmore, 17% of children live in poverty.

No participants said racism was a health issue, though many have experienced it

None of the participants in the study mentioned racism when asked about health issues in their communities, but Chae said in his summary of findings that the concerns participants reported can be traced back to “forces and racist policies that have led to structural disadvantages” for Black rural communities.

For example, rural Black residents are more likely to live in physically substandard housing and in areas with deficits in the service environment, have less access to parks and recreational outlets, and have fewer health care facilities.

Chae said analysis of the study is ongoing, but one of his most important findings was the resiliency of Macon County residents and how invested they are in their communities.

Residents knew this about themselves. When asked about “the strengths of Macon County,” many of the participants had similar answers, all tying back to community.

“The history that citizens learn from living in Macon County or being a part of it is one of the best parts of living in Tuskegee,” one participant said.

“We look out for each other. We help out our neighbors,” another participant said.

Some residents were “skeptical” of participating

In the summary of the study’s findings, Chae states that some residents were “understandably skeptical of participating in this work.” He attributes the skepticism in part to the lingering impact of the Tuskegee Syphilis Study.

Its effects have played out in more ways than one, including contributing to the mistrust of the COVID vaccine among Black Americans.

“I think public health tends to toss around words like ‘vulnerable’ to describe communities like Macon County. I think this is unfairly stigmatizing,” he said. “Instead, we should be asking, ‘What is this community vulnerable to?’ Is it a lack of societal investment, deficiencies in the infrastructure, or few employment opportunities? Is it pollution? In this way, we are identifying points of intervention that can be leveraged to improve health, rather than just labeling a community as being vulnerable.”

Beyond individuals investing in their own communities, Chae said “greater societal investment in communities that have historically been the target of racism,” like Macon County, is necessary.