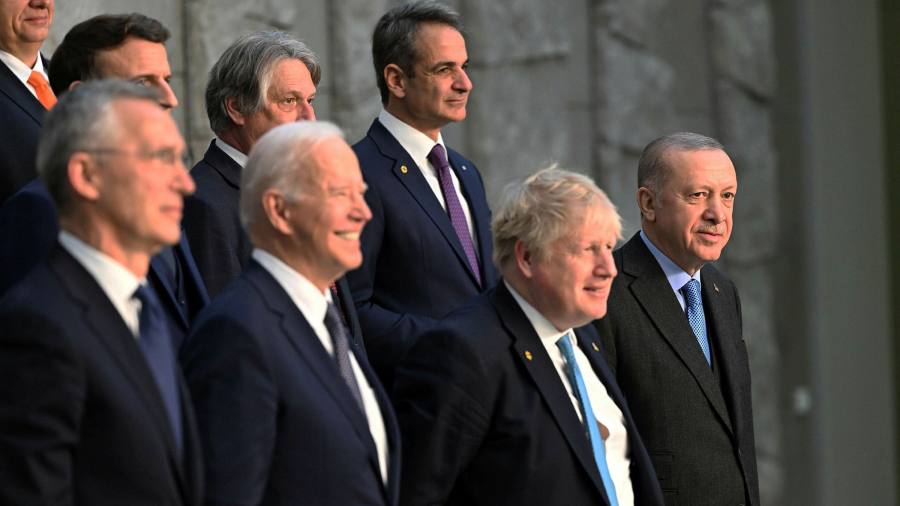 President Recep Tayyip Erdoğan’s decision to press ahead with his opposition to Sweden and Finland’s bids to join Nato has thrown a spanner in the works of a plan to rapidly admit the Nordic countries to the military alliance.

The question is what Erdoğan hopes to gain from his stance.

The Turkish president this week described Sweden and Finland as “incubators” for terrorist groups and told their foreign ministers not to bother with a planned visit to Ankara.

On Wednesday he provided more specifics about his demands, attacking the Nordic countries for refusing to extradite 30 people accused of terrorism charges in Turkey. At the same time, the Turkish Nato ambassador forced the alliance to postpone its initial decision to proceed with the two countries’ applications.

“You won’t hand over terrorists but you want to join Nato,” Erdoğan declared in a speech to parliament. “We cannot say yes to a security organisation that is devoid of security.”

Ankara had been enjoying improved relations with some western capitals since Russia’s invasion of Ukraine. Turkish officials had also spent the weekend playing down the prospect that Ankara, a Nato member since 1952, would veto Finnish and Swedish membership — a view echoed by western officials.

But the unpredictable president, who is struggling with a troubled economy ahead of elections due before June next year, also has a record of playing hardball with the west.

Turkey is aggrieved by what it sees as Sweden’s failure to crackdown on members of the Kurdistan Workers’ party (PKK), an armed militia that has fought the Turkish state since the 1980s. The group is classified as a terrorist organisation by Turkey and Sweden as well as the EU and the US.

Ankara has also accused Stockholm of harbouring exiled members of the Gulen movement, a secretive Islamic sect that Ankara blames for a violent coup attempt that rocked Turkey in 2016.

Luxembourg’s foreign minister Jean Asselborn told German radio station Deutschlandfunk on Tuesday that Erdoğan was “pushing up the price” for the entry of the Nordic nations.

Ankara sees Sweden, rather than Finland, as the main problem — a situation that has irked politicians in Helsinki, officials say. Finnish officials had assiduously courted the existing Nato members to ensure a smooth accession for months. “I’m not sure the Swedes have been so dedicated,” said one Finnish official.

Turkey’s foreign minister Mevlüt Çavuşoğlu has indicated he wants Sweden and Finland to lift arms embargoes that they, along with some other countries, imposed on Turkey in 2019 when Erdoğan ordered his military to attack PKK-linked Kurdish militias in Syria. Turkish officials are also angry that top Swedish officials, including the defence minister, have held discussions with senior figures from a Syrian Kurdish militia that has close links to the PKK.

But Sweden’s Social Democrat government will find it hard to compromise as it is facing tough parliamentary elections in September and has already offended the left of its party and the ex-communists by signing up to Nato. The country has a significant Kurdish diaspora and there is widespread sympathy for the Kurdish cause.

“I worry that there isn’t all that much wriggle room,” said Paul Levin, director of Stockholm University’s Institute for Turkish Studies. “Sweden has [long] been a country that has prided itself on independence and neutrality and being the moral conscience of the world, so to speak. We stand up for equality and human rights, gender equality. It was only possible for the [ruling] Social Democrats to shift to support Nato membership because they believed — and reassured their followers — that they would not have to abandon this critical role.”

Çavuşoğlu is due to meet his US counterpart Antony Blinken in New York on Wednesday and may seek to bargain with the US over Turkish support for Nato expansion.

Asselborn said that Turkey may want to pressure the US to reverse a decision to push Turkey out of its F-35 fighter jet programme after it bought a Russian missile system and to approve Ankara’s request for help with modernising its air force by allowing it to buy new F-16 aircraft.

But while President Joe Biden’s administration has previously expressed support for Turkey’s request to buy new F-16s as well as F-16 modernisation kits, the proposal requires the approval of a sceptical Congress.

Appearing to be an unreliable Nato ally “will not win Erdoğan any fans” on Capitol Hill, according to Emre Peker, Europe director at the consultancy Eurasia Group. Peker believes the Turkish leader will ultimately back down after securing some “symbolic and real” progress from the Nordic countries that he can use to “score political points at home”. The Finnish president and Swedish prime minister are due to meet Biden at the White House on Thursday.

Nato officials had hoped the alliance would complete the first stage of Finland and Sweden’s application process within a week or two, allowing them to join a summit in Madrid as prospective members in June. “It’s a perfect photo opportunity to welcome them,” said one diplomat from a Nato country. The Finnish and Swedish leaders hope to speak to Erdoğan on the phone in the coming days, and Finnish president Sauli Niinistö said he was optimistic that the impasse could be overcome “with constructive talks”.

But Turkey’s decision on Wednesday, blocking what had been expected to be a routine step to open accession talks, puts that timetable in doubt.

“I think the basic assumption that he [Erdoğan] will cave is laughable,” said Aaron Stein, director of the Middle East programme at the Philadelphia-based Foreign Policy Research Institute. He said western officials had consistently underestimated the gravity of threats made by the Turkish president.

“I honestly don’t know how this will go,” he said. “I can make the argument that he’ll take something [as a peace offering] before the Madrid summit. And I can also see him saying, fuck you all.”