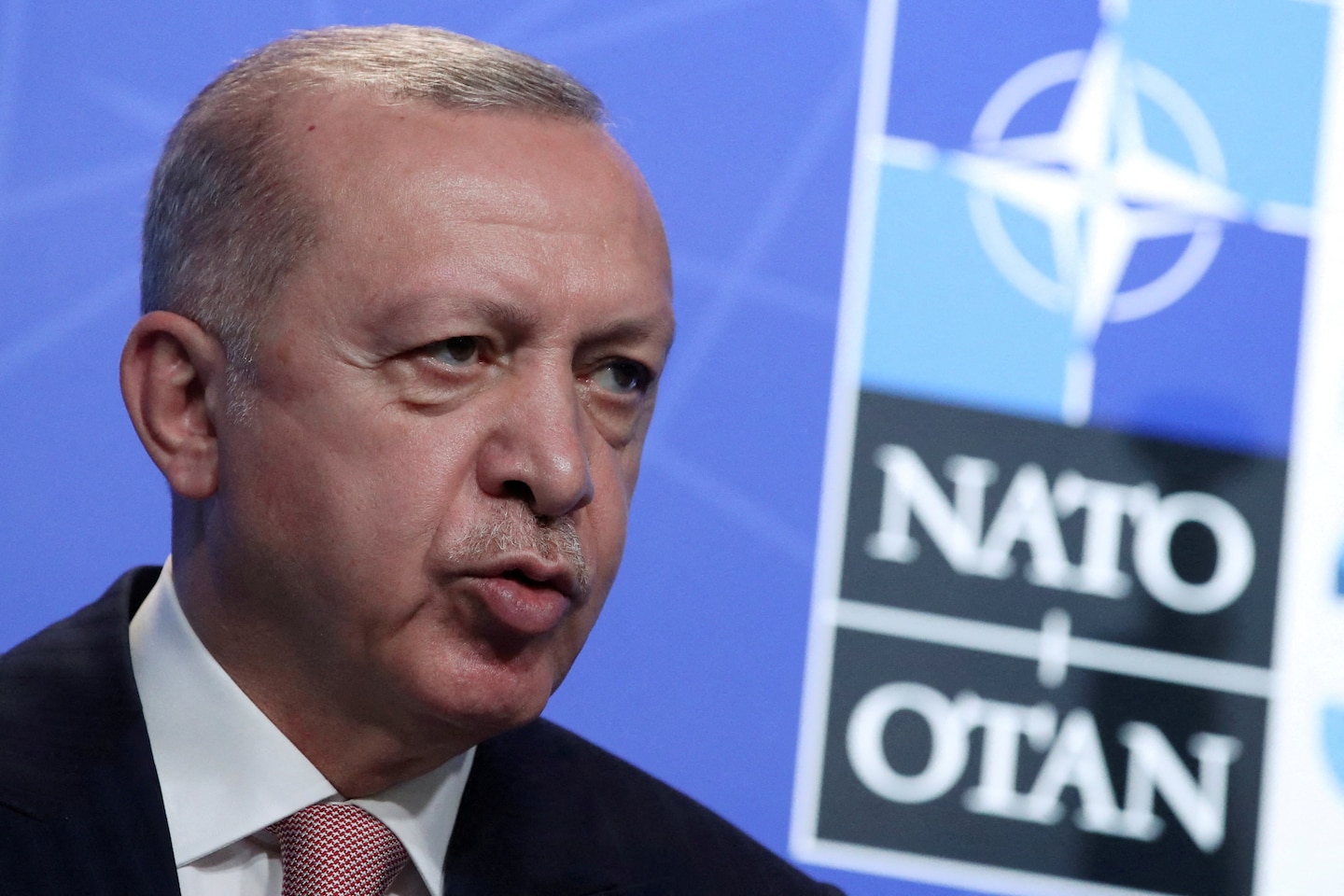 It was supposed to be quite straightforward. For weeks, Finland and Sweden telegraphed their decision to abandon decades of quasi-neutrality and join the NATO military alliance. The two Nordic countries had long maintained robust defense ties with the alliance, but the shock of Russia’s invasion of Ukraine compelled them to finally close the distance.

Sweden and Finland’s accession into NATO would mark a historic shift: With the countries officially onboard, NATO’s borders with Russia will double in size overnight. The Baltic Sea, a zone of tacit contest with Russia, could effectively become a NATO-patrolled lake. And it will only underscore how much the conflict has become a geopolitical blunder for Russian President Vladimir Putin: Far from checking NATO’s eastward expansion, his invasion has only deepened Russian isolation, raised the stakes along the country’s western frontier and placed immense pressure on an already ailing economy.

But then Turkey entered the stage. On Wednesday, it used its prerogative as a NATO member to block the start of Finland and Sweden’s accession talks after the two countries formally submitted their applications. The stated reasons mostly had to do with Ankara’s anger with Sweden over the latter’s diplomatic dealings with rebel Kurdish groups operating in Turkey and Syria and granting of asylum to members of the Kurdistan Workers’ Party, or PKK, which both Turkey and the United States view as a terrorist organization.

At a meeting of foreign ministers this past weekend, Turkish Foreign Minister Mevlut Cavusoglu reportedly clashed with Swedish counterpart Ann Linde, allegedly raising his voice while critiquing her “feminist” foreign policy. “We were trying to understand what our Turkish colleague wanted — you know, really wanted,” a NATO diplomat speaking on the condition of anonymity told Reuters. “It was embarrassing.”

President Biden, in the Rose Garden, hosts the leaders of Finland and Sweden and endorses their nations’ applications to join NATO in the wake of Russia’s invasion of Ukraine pic.twitter.com/Hf3Fnz8e5f

As is his wont, it’s likely Turkish President Recep Tayyip Erdogan is using his leverage in a moment of crisis to extract further concessions from the West. “We are one of the countries that give the most support to the activities of the alliance, but this does not mean that we will unquestioningly say ‘yes’ to every proposal brought before us,” Erdogan told members of his political party in Ankara on Wednesday. “The expansion of NATO is meaningful for us, in proportion to the respect that is shown to our sensitivities.”

“NATO diplomats still widely believe Turkey will eventually waive its objections and allow the expansion,” my colleagues reported. “But a process that was already expected to take months could be slower and more complicated than other alliance members had hoped.”

On Thursday, President Biden hosted Finnish President Sauli Niinisto and Swedish Prime Minister Magdalena Andersson in the Rose Garden and pledged “full, total, complete backing of the United States” to the two Nordic NATO bids. He said Finland and Sweden “meet every NATO requirement and then some.” In his remarks, Niinisto acknowledged Turkey’s position and said he is “open to discussing all the concerns Turkey may have.”

Critics of Erdogan’s demagogic rule suggest his intransigence now ought to raise questions about Turkey’s place within the alliance. “NATO’s greatest strategic failure of the past two decades was to play down Putin’s malign intent while underestimating its own members’ capacity for collective resolve,” wrote analysts Joe Lieberman and Mark D. Wallace in the Wall Street Journal’s opinion pages. “The alliance runs the risk of repeating the same mistake with Erdogan.”

How Russian oligarchs are finding safe havens outside the West

The Turkish president has played a complicated game since Russia launched its invasion of Ukraine. His government hosted initial rounds of diplomatic talks between Moscow and Kyiv, but those discussions appear to have hit a dead end even as the war bogs down. Ankara also has resisted joining the Western sanctions regime on Russia and continues to import Russian oil. It has kept its doors open to Russian travelers and is hoping to encourage sanctioned Russian oligarchs to plow their wealth into Turkey’s tanking economy.

At the same time, Turkey has a long-standing historic rivalry with Russia over the Black Sea and sanctioned the sale to Ukraine of a fleet of lightweight Bayraktar TB2 drones, which have featured in prominent Ukrainian strikes on Russian targets and stoked Russian ire. The Turkish drones have become an instrument of diplomacy by other means for Erdogan: His government has supplied them to a host of countries in its neighborhood and their efficacy in the Ukraine war has led to glimmers of warmer ties with the West after years of acrimony, not least because of Turkey’s controversial purchasing of Russian military systems in the past. Last month, the Biden administration gave its tacit approval to a possible sale of F-16 fighter jets to Turkey.

“Erdogan’s strategy in Ukraine … is to provide quiet military support to Kyiv even as he seeks to sustain diplomatic channels to Putin and economic profits from Russia,” Soner Cagaptay and Rich Outzen wrote in Foreign Affairs. They added that it “is unlikely that the Russian leader will pick a fight with Turkey right now, especially if Erdogan provides him and his oligarchs with an economic lifeline.”

Of more pressing concern for Erdogan and his colleagues are the country’s mounting economic woes and political pressures ahead of elections next year that may actually be competitive. For them, the sooner the war finds a diplomatic conclusion — and the faster the economic disruption triggered by the conflict stabilizes — the better.

“Senior Turkish officials are quietly concerned that the conflict is now turning into a NATO-Russia war and that the risk of escalation is growing, fueled by greater arms support for Ukraine and the absence of a negotiations framework,” wrote Asli Aydintasbas, senior policy fellow at the European Council on Foreign Relations. “They are also disappointed with the West’s reluctance to rally behind Turkish-brokered ceasefire talks. High-level Turkish officials have accused ‘some NATO countries’ of not wanting the war to end in order to harm Russia.”

According to recent polling, a greater majority of the Turkish public blames the United States and NATO — a bloc in which Turkey is a member, after all — for provoking the conflict than they blame Russia. Part of that is due to years of anti-Western rhetoric in the country’s media, peddled often by Erdogan himself. But, as Merve Tahiroglu of the Project on Middle East Democracy observed, Erdogan’s many opponents also resent the cynicism of Western countries, some of which are mending fences with Erdogan because they view Turkey as crucial to securing Ukrainian victory.

“To many Turkish citizens, such Western efforts to shore up ties with a loathed Turkish autocrat — while trumpeting the cause of democracy in Ukraine, no less — only serve to reaffirm some of the key reasons why they distrust the West’s intentions, in Turkey as well as Ukraine, in the first place,” Tahiroglu wrote.