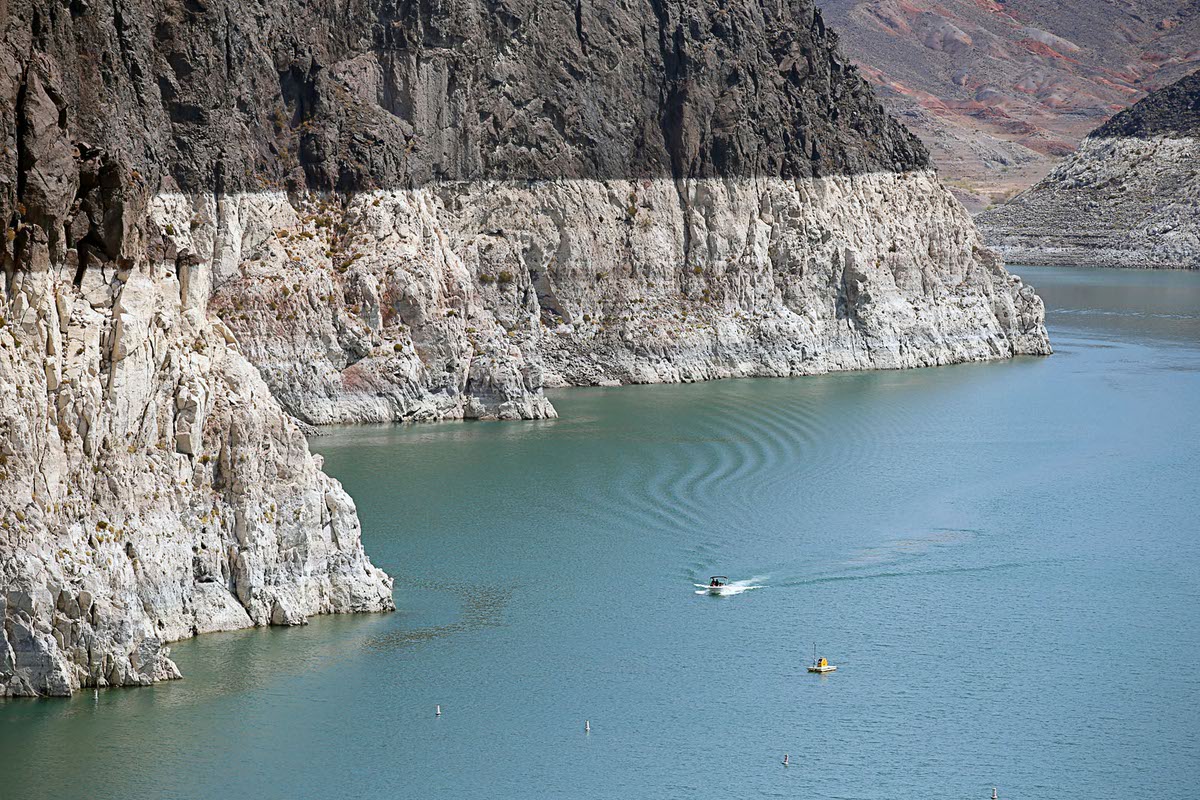 A boater on Lake Mead is shown near the bathtub ring near Hoover Dam Thursday, July 15, 2021.

TUCSON, Ariz. — Arizona’s second most populous city has signaled it may forego part of its allotment of Colorado River water delivered by the Central Arizona Project aqueduct in order to help forestall a shortage declaration for Lake Mead that would trigger mandatory reductions.

The Tucson City Council included its potential willingness to take 20% less CAP water in voting Thursday to direct city officials to discuss with other jurisdictions the possible of coordinated conservation agreements to keep more water in the reservoir, which has seen its water plummet due to drought.

“We have a responsibility to protect our precious water resources and preserve our water supply. With today’s direction we are taking action to safeguard Lake Mead and Lake Powell from the threat of climate change and over-use.”

Tucson receives about 144,000 acre feet of CAP water annually but uses only about 100,000 and has been storing the surplus underground .

Several Indian tribes and local jurisdictions, including Phoenix, have not taken their full allocations of CAP water, and Tucson previously said it would also participate if needed, KOLD-TV reported.