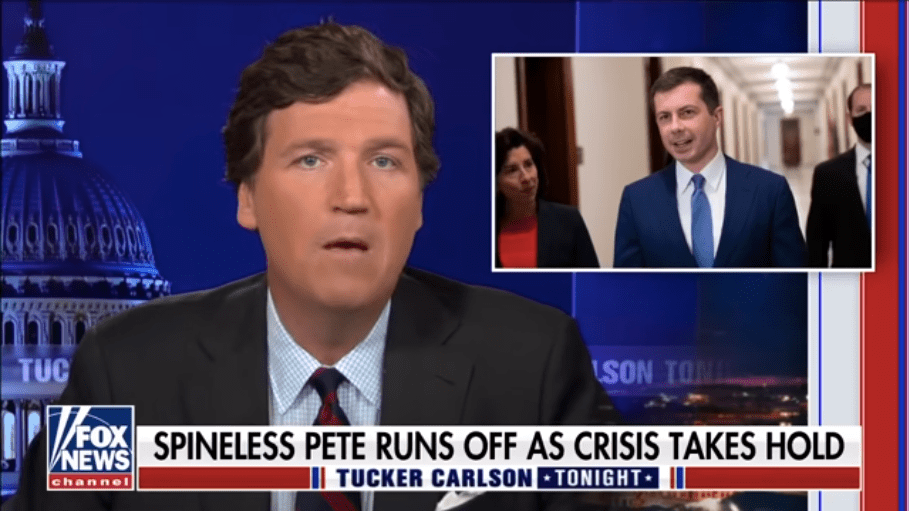 Surprising absolutely no one, Tucker Carlson took U.S. Transportation Secretary Pete Buttigieg’s paternity leave as an opportunity to sling homophobic comments about Buttigieg and his husband, Chasten. Buttigieg began his paternity leave in August in order to spend time with the couple’s twins, Joseph August and Penelope Rose. Buttigieg, mind you, has already started making some work appearances at the time of writing, though a number of outlets—including Politico and local CBS outlets—are covering his leave as his being missing in action amid supply chain issues. I wouldn’t describe someone who has made appearances on CNN, CNBC, MSNBC, NPR, and others within the past week alone as MIA, but okay.

“Pete Buttigieg has been on leave from his job since August after adopting a child,” Carlson ranted during a Thursday night segment of his show. “Paternity leave, they call it. Trying to figure out how to breastfeed. No word on how that went.” Ah, precisely the snide, homophobic, misogynist, and dismissive verbiage we’ve come to expect from Fox News.