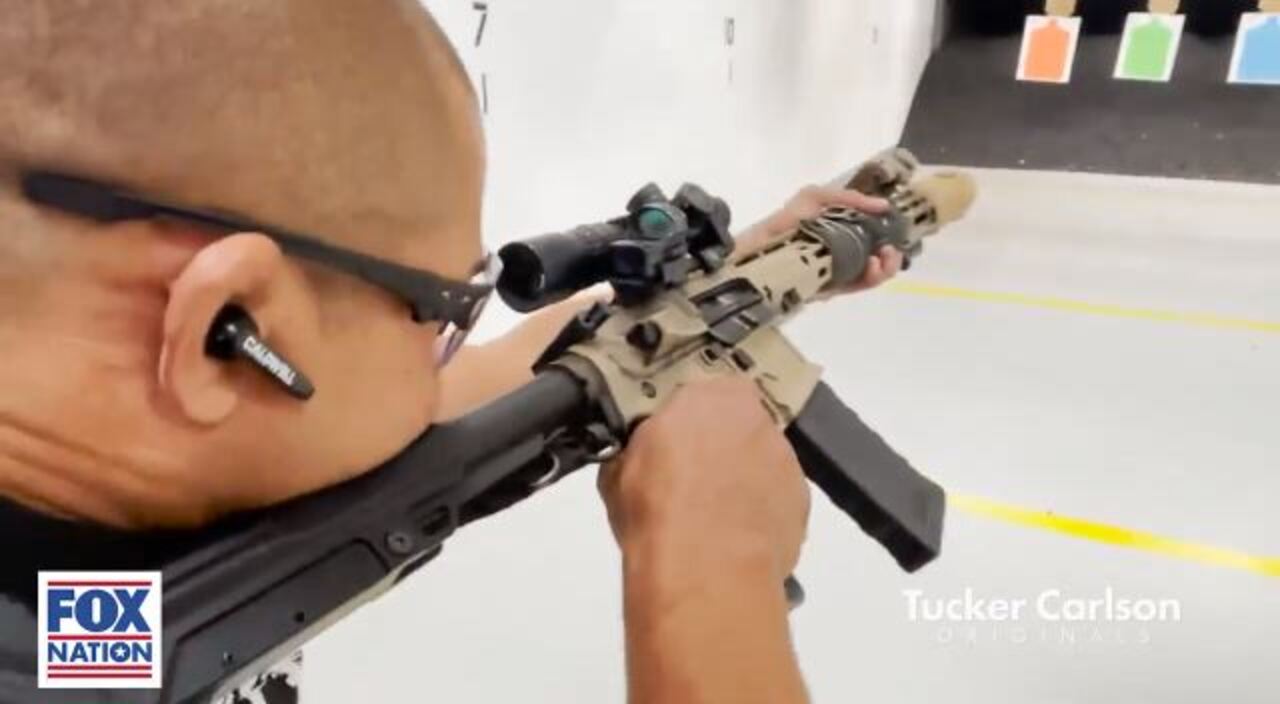 Tucker Carlson debunked the myth that AR-15s are “assault rifles” or “weapons of war” on Fox Nation, noting they are the most popular rifle in America, and most commonly purchased for hunting or personal protection.

In the latest episode of “Tucker Carlson Originals,” Carlson explains that “as the country becomes more volatile and dangerous, many Americans are buying the AR-15 for personal protection.”

Despite this, many democrat lawmakers still refer to the AR-15 as a “weapon of war,” and in 1994 passed a so-called assault weapons ban.

Tucker noted that this ban prohibited the purchase of the AR-15 and expired in 2004, and today, AR-15s are legal in most states.

In states where AR-15s are legal, Carlson noted that “buying an AR-15 from a gun store requires passing a federal criminal background check.”

He also said that myths about AR-15s being used in mass shootings are largely false.

“Despite what you may have heard, AR-15s are not used in the majority of mass shootings,” Carlson said. “That has not stopped anti-gun politicians and their allies in the media from pretending otherwise.”

Jeff Cotto and Zach Kin of the Operational Defense Institute noted that both the AR-15 and a pistol can be used for personal protection, but it’s much more difficult to be accurate with a pistol than with an AR-15.

Carlson also visited popular YouTuber Hickock45’s well-known range to highlight the difference between AR-15s, and “actual assault weapons like the M-16 and the Uzi,” noting that the purchase of the latter is restricted in the United States.

Fox Nation programs are viewable on-demand and from your mobile device app, but only for Fox Nation subscribers. Go to Fox Nation to start a free trial and watch the extensive library from your favorite Fox News personalities.