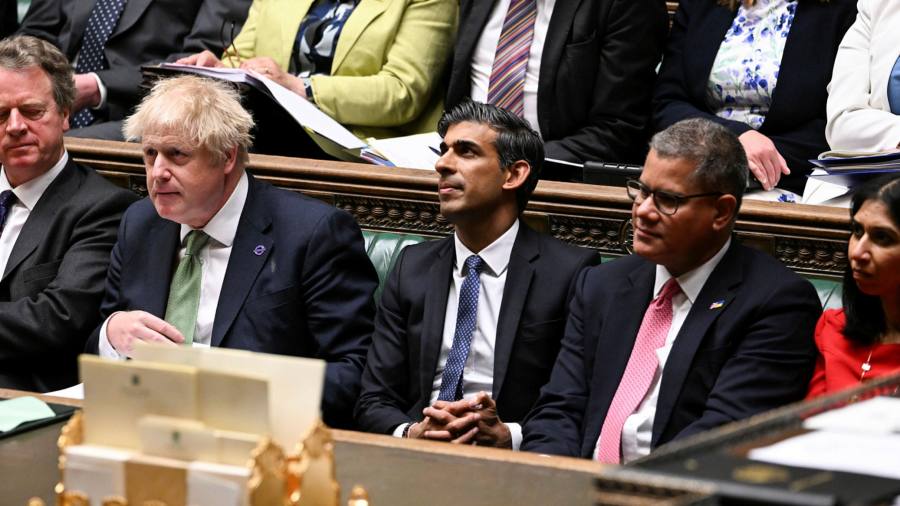 Chancellor Rishi Sunak has been warned by a cabinet colleague not to bow to pressure to impose a windfall tax on the UK oil and gas sector to help pay for a summer package of measures to cut household energy bills.

Liz Truss, foreign secretary and a cabinet flag bearer for the Tory right, said on Wednesday that Sunak should be cutting taxes, adding: “The problem with a windfall tax is it makes it difficult to attract future investment into our country.”

Sunak has previously made a similar argument to Truss, but he is under massive political pressure from Labour to levy a one-off charge on surging profits in the oil and sector, which the opposition party claims could raise £2bn to help offset rising domestic energy bills.

Labour leader Sir Keir Starmer said on Wednesday that a U-turn by Sunak on the issue was “inevitable” and called on the chancellor to hold an “emergency Budget” to address the cost of living crisis.

With inflation hitting 9 per cent in April, Sunak is planning a significant intervention in July or early August, specifically aimed at helping the poorest households and “the squeezed middle” with their energy bills, according to Treasury insiders.

The help could mainly come through higher welfare benefits or an increase to the £150 warm homes discount, said those briefed on Treasury discussions. The discount is currently paid to about 3mn of the poorest UK households.

Torsten Bell, director of the Resolution Foundation think-tank, said Sunak would have to raise that discount to at least £600 in the autumn, when energy bills are expected to increase again, and expand eligibility to at least 6mn households. That could cost Sunak more than £3.5bn.

The chancellor wants to wait until closer to August to make final decisions. At that point Ofgem, the energy regulator, will set the new price cap that takes effect in October, which the government fears could be anywhere between £2,600 and £3,000 a year on average per household, compared with £1,971 now.

Some Treasury insiders said Sunak’s Spring Statement in March did not do enough to help the poor through the cost of living crisis.

The chancellor’s allies said the summer package would also help middle- income households. Options would include a council tax rebate or tweaks to a government “loan” scheme that spreads the cost of higher energy bills over several years.

Sunak would stage a much broader fiscal intervention in his autumn Budget, when he will be under intense Tory pressure to cut income tax or value added tax as part of a pre-election drive to lower the tax burden from a 70-year high.

Truss’s negative comments to Sky News about a windfall tax on the UK oil and gas sector reflect the view of many Conservative MPs that Sunak should not raise any more taxes.

Sunak said this week a windfall tax was “on the table” and government officials have warned it will happen unless energy companies rapidly expand their investment plans.

One Treasury official said Sunak was frustrated that oil and gas companies were not helping themselves. BP boss Bernard Looney has called his company “a cash machine” and suggested a windfall tax would not affect the company’s investment plans.

Offshore Energies UK, a trade body for the oil and gas industry, told the government this week that the sector expected to spend £200bn to £250bn in the country before the end of 2030. That compares to equivalent expenditure of £201bn between 2012 and 2021.

The anticipated spending through to 2030 would include £90bn on oil and gas, £100bn on offshore wind, and about £20bn on carbon capture technology and hydrogen production, Offshore Energies UK said in a letter to business secretary Kwasi Kwarteng.

Those figures include £18bn of spending by BP and £20bn to £25bn by Shell. BP has said it represents a commitment to deploy 15 to 20 per cent of its global capital expenditure in the UK, up from 10 to 15 per cent it previously invested in the country.

Shell’s pledge is the first time Europe’s biggest energy company has outlined its UK spending. Smaller rival Neptune Energy has said it will spend more than $1bn in the UK over the next five years.

Other companies, including TotalEnergies, which is expected to be the biggest oil and gas producer in the North Sea this year, according to consultants Wood Mackenzie, have yet to publish details of their planned spending. Total did not respond to a request for comment.