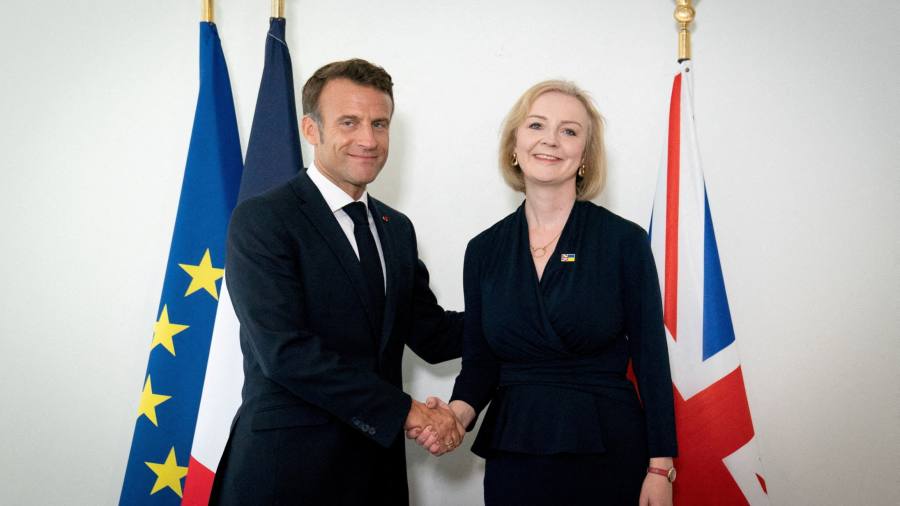 UK prime minister Liz Truss will next week join the inaugural meeting of a new European grouping proposed by French president Emmanuel Macron to bolster regional co-operation in the face of Russian aggression.

The move by Truss marks a significant attempt by her to repair strained UK relations with the EU, and will also be seen as an olive branch to Macron.

Truss will join a meeting of the group, dubbed the European Political Community, in Prague on October 6, in spite of the financial chaos engulfing her fledgling government.

She was persuaded to go to the event — the first time the UK has engaged formally in a summit which will include all the 27 EU leaders since Brexit took full effect — after being convinced the new group had a valuable role to play.

Downing Street said Truss believed the group, which includes the EU and a number of countries outside the bloc including Turkey, Ukraine and Balkan states, could help to shape a regional response to Russia.

Number 10 had insisted that the body had a narrowly focused agenda: the first meeting will consider energy security, European migration and the crisis in Ukraine.

“It’s good that the EU is thinking about their relationship with us after Brexit and vice versa,” said one ally of Truss. She will travel to Prague immediately after her Conservative party’s annual conference in Birmingham.

The group was originally proposed by Macron and Truss’s participation will help to dispel some of the tensions that surrounded her arrival in Downing Street this month.

During the Conservative leadership contest she was asked whether Macron was “friend or foe” and she replied that “time will tell”. Since then, the two leaders have held amicable talks.

Truss’s participation in the summit could also ease tensions around the Northern Ireland protocol, the controversial part of Britain’s Brexit deal with the EU covering trade arrangements in the region. 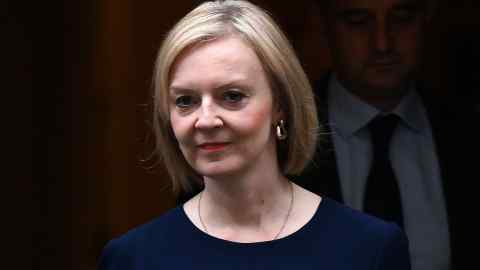 The British prime minister wants to resolve the dispute with the EU over the protocol and Macron is regarded as a key protagonist in the debate.

UK foreign secretary James Cleverly will hold a call with EU Brexit negotiator Maroš Šefčovič on Friday which could lead to the first substantive talks since February about a possible compromise between the two sides on the protocol.

UK officials said that Truss’s decision to join the summit had been taken after careful negotiations to ensure that the forum did not duplicate either Nato or the G7.

EU officials said that her decision to attend would also be taken as a “positive signal” that Truss was seeking better interactions with Europe after the administration of Boris Johnson saw relations sour over the Northern Ireland protocol.

Although the organisers of the European Political Community have been at pains to distinguish it from EU structures — both in form and content — London and Brussels are expected to re-engage in negotiations over the protocol in earnest as early as next month.

“The two [forums] are deliberately not connected, but her participation [at the European Political Community] sends a positive signal about broader neighbourhood engagement. It would have equally been worrying if she had decided not to attend,” said a senior EU diplomat.

The EU has been helping co-ordinate the forum but has stressed it is not an offshoot of the bloc. “We are playing the role of facilitator . . . to create this platform,” said a senior EU official.

The meeting will include a full plenary meeting in Prague, as well as roundtables on security and stability, and energy and climate — with separate discussions on migration for interested leaders. A significant amount of time will be dedicated to bilateral meetings.

The meeting takes place a day ahead of an informal summit of EU leaders, also in Prague, which will discuss topics including the energy crisis and war in Ukraine.