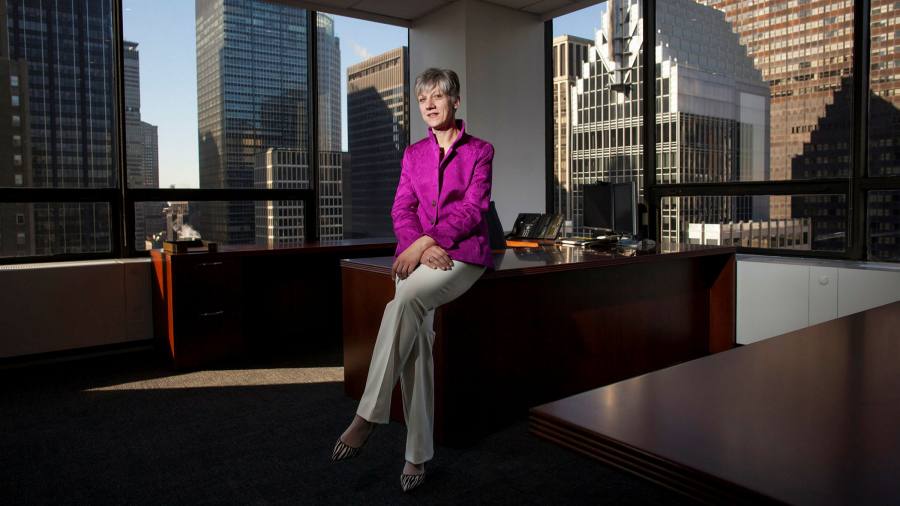 Donald Trump’s private banker, Rosemary Vrablic, left Deutsche Bank as a result of allegations of “undisclosed activities related to a real estate investment”, a regulatory filing shows, in the lender’s first public confirmation of the circumstances of her departure.

Ms Vrablic, a 14-year veteran of Deutsche who personally banked the former president, resigned in December, four months after the German lender launched an investigation into her involvement in a 2013 real estate deal involving Mr Trump’s son-in-law Jared Kushner, which was revealed by Mr Kushner’s White House disclosures and New York property registers.

The deal related to the purchase by Ms Vrablic and one of her colleagues, Dominic Scalzi, of a $1.5m Park Avenue condo in 2013 from a company part-owned by Mr Kushner.

It was not disclosed to Deutsche at the time, in an apparent breach of the bank’s policies, which required disclosure of transactions involving clients, triggering an internal investigation that has now been completed. The bank did not disclose the conclusion of that investigation.

At the time of her departure, the banker said she had “chosen to resign” and was “looking forward to” retirement. Deutsche declined to disclose the circumstances of her exit from its New York office.

A statement recently filed with US regulator Finra, which was made public on Wednesday and first reported by The New York Times, said Ms Vrablic was “permitted to resign” after allegations of “undisclosed activities related to a real estate investment by the representative [Ms Vrablic], including the purchase of the property from a client-managed entity, and the formation of an unapproved outside entity to hold the investment”.

Mr Scalzi, a colleague of Ms Vrablic’s who stepped down at the same time and was also investigated over the Kushner deal, was “allowed to resign” in the same circumstances, a separate Finra filing said. His lawyer did not immediately respond to requests for comment.

Mr Trump owed Deutsche as much as $340m when he left office. Ms Vrablic was his personal banker for several years and he publicly lavished praise on her, erroneously describing her as the “head of Deutsche Bank” and “the boss”.