Trump youth leader trying to profit off debate gets shut down 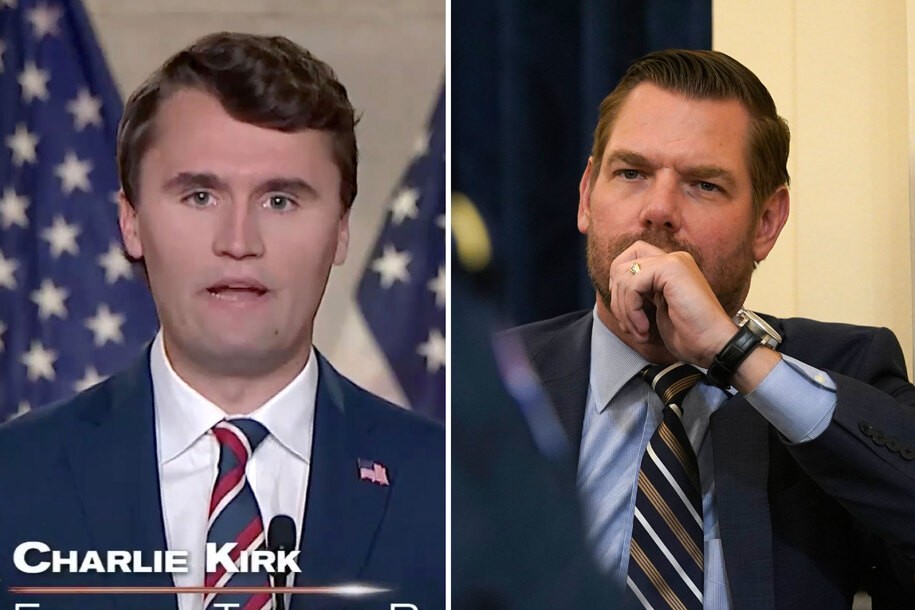 1) You’re an insurrectionist. So no.

2) How about you stop lying about the vaccine? You’re going to kill my kids.

That’s an ouch and a f–k off all in one short text reply. Well done, congressman. Swalwell is pointing to the very easy-to-find facts that Kirk and his Turning Point USA grift machine promoted the Jan. 6 insurrection and boasted they were helping to organize it.

Many people on social media used this moment in time to remind everyone of this.

If Charlie Kirk wants to talk, do it in front of the 1/6 commission. He can have the floor!

Leading up to the Jan. 6 attempted coup d’etat, Kirk could be heard supporting the idea that government officials like Vice President Mike Pence could reject millions of votes that had been cast for Joe Biden over Donald Trump. A couple of days after the insurrection, Kirk deleted the tweet that was boasting about his organization’s participation. On Jan. 11, Kirk’s defense of the insurrection consisted of him saying that most of the people involved weren’t insurrectionists, they were just acting “stupid.”

More recently, Kirk and his Turning Point USA crew have been campaigning against mask mandates by threatening that President Joe Biden is “sending goons DOOR-TO-DOOR to make you take a covid-19 vaccine.” They are also pushing the idea that young adults need not get vaccinated because their risks are lower than dying of the flu—something that is not true. In fact, it is a heinous misrepresentation of what scientists and the data show us.

And let’s not forget how Kirk makes his money.