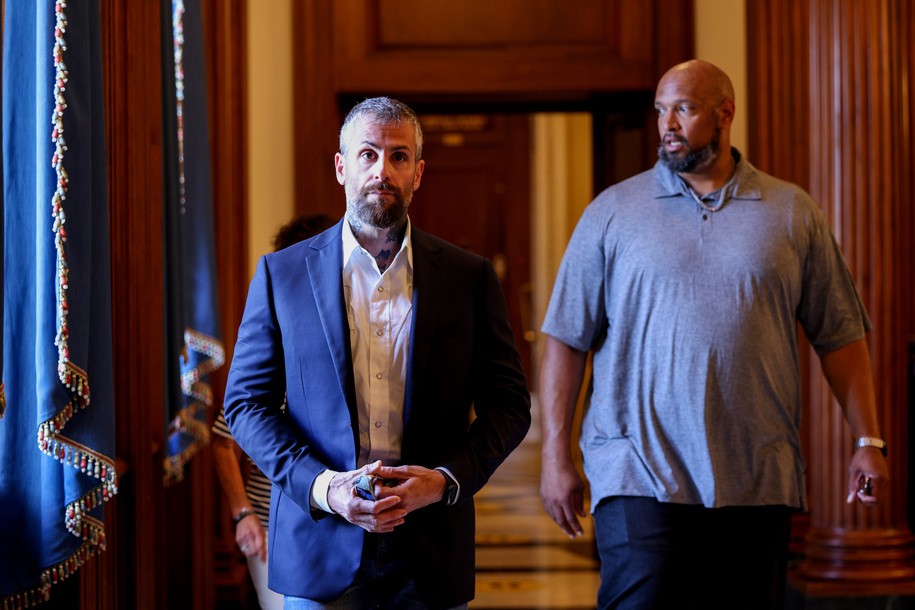 Officer Michael Fanone shared a voicemail he received from MAGA during his testimony.

VM: “Too bad they didn’t beat the shit out of you more… I wish they had killed you all.”

Officer Fanone: “This is what happens to people who tell the truth in Trump’s America.”#DemVoice1 pic.twitter.com/5y9d1SnPu9

The caller said in his disgusting message:

“Yeah, this is for Michael Fanone, Metropolitan Police officer. You’re on trial right now, lying and not. You want an Emmy? An Oscar? What are you trying to go for here? You’re so full of s—, you little f—– f—er. You’re a little p—-, man. I could slap you up the side of your head with a backhand and knock you out, you little f—–.

“You’re a punk f—–. You’re a lying f—. How about all that scummy Black f—ing scum for two years destroying our cities and burning ’em and stealing all that s— out of the stores and everything? How about that? Assaulting cops and killing people? How about that, you f—er?

“That was s— on the goddamn Capitol. I wish they would have killed all you scumbags, ’cause you people are scum. They stole the election from Trump and you know that, you scumbag. And you, f—ing too bad they didn’t beat the s— out of you more. You’re a piece of s—. You’re a little f–, you f—ing scumbag.”

Fanone asked CNN not to censor the audio when the network played it. “I remember like my first reaction immediately after listening to that phone call, which I actually received while I was testifying in the hearing today,” Fanone said. “This is what happens to people that tell the truth in Trump’s America.”

Fanone’s body-camera footage showed the brutal attack he suffered at the hands of rioters, one of whom tased him amid shouts of “I got one,” CNN reported in May. Capitol Police Officer Harry Dunn compared the insurrectionists to a hired hit man in his closing remarks Tuesday to the House committee investigating the riot. “If a hit man is hired and he kills somebody, the hit man goes to jail. But not only does the hit man go to jail, but the person who hired them does. It was an attack carried out on Jan. 6 and a hit man sent them. I want you to get to the bottom of that,” Dunn said.

He was called the N-word multiple times when he revealed during the insurrection that he voted for President Joe Biden. Dunn said he told people to leave during the riot and was told: “No man, this is our house. President Trump invited us here. We’re here to stop the steal. Joe Biden is not the president. Nobody voted for Joe Biden.” Dunn told lawmakers he usually does his best to keep politics out of his job but in that circumstance, he responded. “’Well, I voted for Joe Biden. Does my vote not count? Am I nobody?'” Dunn said he asked rioters. “That prompted a torrent of racial epithets.”

Prominent GOP commentators used less triggering language but bolstered the same sentiment of support for rioters. Fox News host Laura Ingraham mocked Fanone and Dunn on Tuesday. “The award for blatant use of partisan politics when facts fail—the Angle Award goes to Capitol Police officer Harry Dunn,” she said. Of Fanone the Republican said: “And for best performance in an action role, the winner is Michael Fanone.”

Fox News’ Tucker Carlson made similar remarks, mocking Fanone’s trauma. “Not to in anyway underplay the crimes that were committed on January 6—and there were crimes on January 6— but compared to what,” Carlson said.

Fanone was nearly beaten to death and suffered a heart attack!