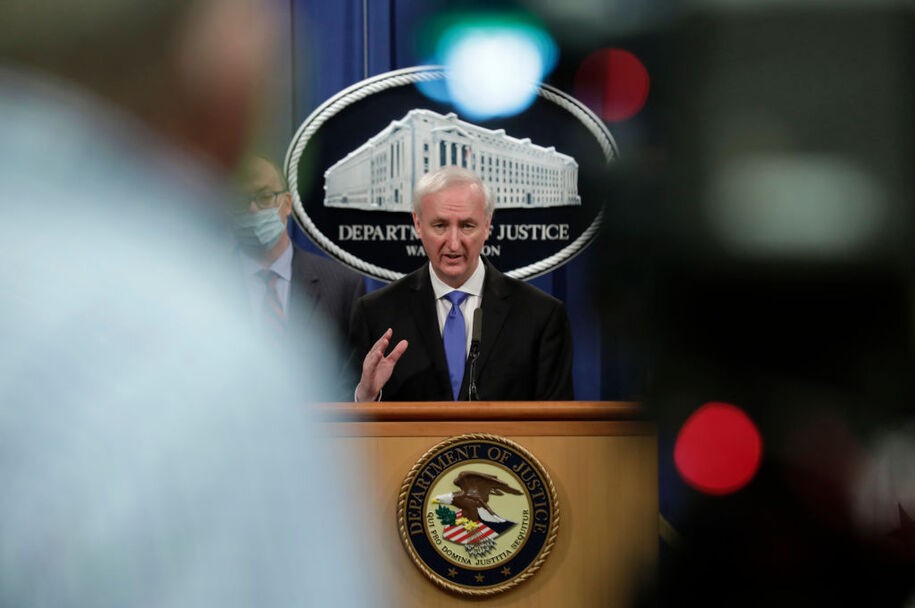 The Post outlines one phone call on Dec. 27 in which Trump pressured Rosen, and Rosen responded that the Justice Department couldn’t overturn the election’s outcome. According to Donoghue’s notes, Rosen said the department “can’t + won’t snap its fingers + change the outcome of the election.” Trump said that wasn’t necessary.

“Just say the election was corrupt + leave the rest to me and the R. Congressmen,” Trump responded, according to notes taken by Donoghue.

The recent revelations show that Trump’s efforts to steal the election from Biden were both extraordinary and extraordinarily wide ranging. Trump urgently pressured the nation’s top law enforcement officer while also bearing down on state and local officials across the country. According to reporting from the Arizona Republic, the White House switchboard placed a call to Republican Maricopa County Board chair Clint Hickman on New Year’s Eve and then again on Jan. 3. Hickman reportedly ignored both calls.

The Justice Department turned over the notes to the House Oversight and Reform Committee, which is investigating the Trump administration’s bid to overturn the election. Though the department typically tries to protect private high-level discussions even after a change in administration, the disclosures were made with the blessing of Trump and his aides, according to the Post.

Trump apparently didn’t see anything wrong with the calls, a posture reminiscent of the so-called “perfect phone call” with Ukrainian President Volodymyr Zelensky that ultimately got him impeached.

“If it gets more attention on the election, he welcomes it,” one Trump adviser said.

The Justice Department has also informed Rosen, Donoghue, and others that it will not seek to protect the conversations with Trump by executive privilege, suggesting some officials could end up testifying in the congressional inquiry.

One aspect of this story that could easily get overlooked is the fact that Trump invoked GOP congressmen in his bid to sow disinformation about the election. As Donoghue memorialized, “leave the rest to me and the R. Congressmen.”

On Jan. 6, 147 congressional Republicans voted to overturn the election after months in which GOP leaders refused to call Trump’s Big Lie for what it was: A bogus lie. Trump was plainly clear about the backing he was getting from his Republican partners in Congress and, to this day, their massive disinformation campaign has convinced the vast majority of Republican voters the election was stolen.

We must never forget that it wasn’t Trump alone who perpetrated the Big Lie even as he sought to steal the 2020 election himself. He was wildly successful in snowing a mind-boggling percentage of Americans precisely because Washington Republicans aided and abetted his efforts.

Separation of Powers – US Politics

Diablo 2: Resurrected is having some launch issues