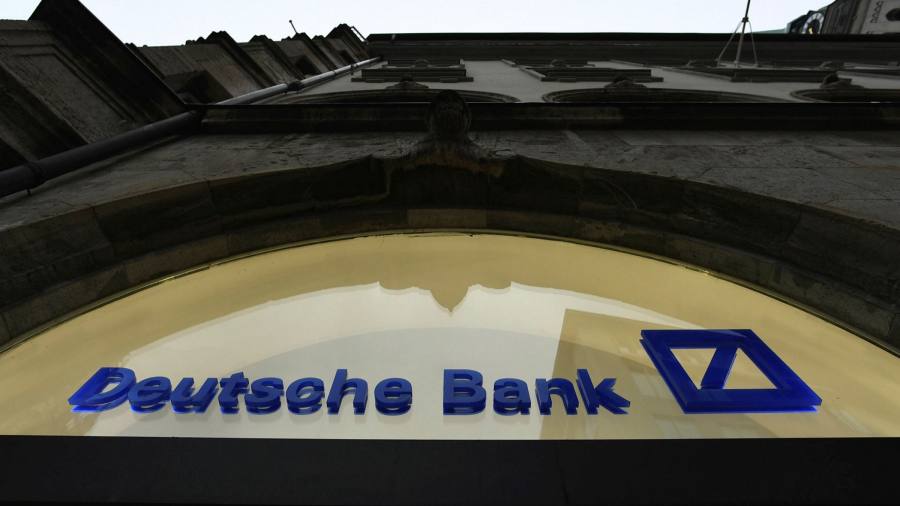 Deutsche Bank has made a net profit for the first time in six years on the back of a global trading boom that boosted the lender’s fixed-income trading revenue.

After racking up €5.7bn of net losses in 2019, Germany’s largest lender on Thursday reported a net profit of €113m for 2020, the first since 2014 and higher than expected by analysts. The bank’s performance was driven by a 28 per cent year-on-year surge in bond and rates trading revenue, which rose to the highest level since 2016.

Deutsche has been in the midst of a strategic turnround since July 2019, when chief executive Christian Sewing promised to reduce the lender’s reliance on fickle investment banking revenues and to refocus it on its more stable retail and commercial banking activities as well as asset management. However, all business units except the investment bank reported shrinking revenue in 2020.

“We are ahead of our own expectations,” Mr Sewing said in a statement, adding that he was confident that the “overall positive trend will continue in 2021, despite these challenging times.”

Shares in Deutsche Bank are up close to 80 per cent since hitting an all-time low of €4.87 last March amid concerns about the economic fallout from the Covid-19 pandemic.

While provisions for credit losses more than doubled during the year to €1.8bn, Deutsche’s common equity tier one ratio — a key benchmark of balance sheet strength — remained steady at 13.6 per cent of risk-weighted assets.

5 Incredible Games That ALWAYS Get Ignored