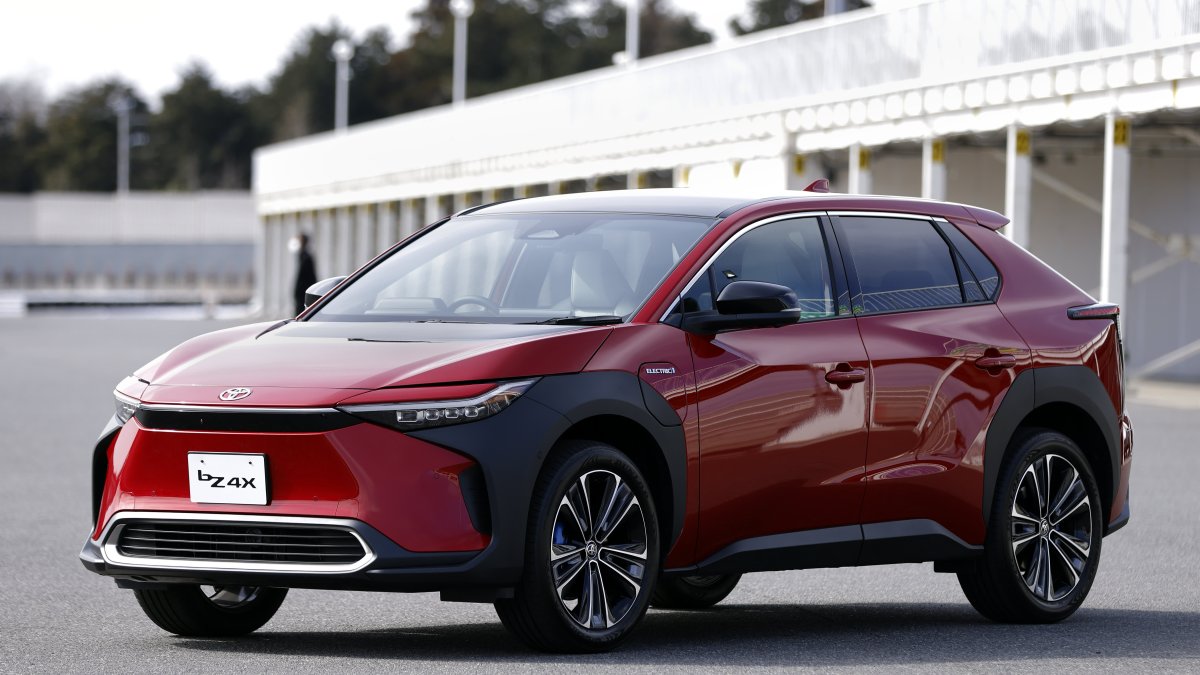 Japanese automotive giant Toyota issued a safety recall for more than 2,000 of its all-electric SUV, the bZ4X.

Announced Thursday, the recall relates to the bZ4X’s wheels. Toyota said owners of the vehicle would be notified through a variety of channels, starting June 23. Tokyo-listed shares of the company finished 0.7% lower on Friday.

“After low-mileage use, all of the hub bolts on the wheel of the subject vehicles can loosen to the point where the wheel can detach from the vehicle,” a spokesperson for Toyota said in a statement sent to CNBC via email.

“If a wheel detaches from the vehicle while driving, it could result in a loss of vehicle control, increasing the risk of a crash,” they added.

According to the spokesperson, the recall is “for all bZ4X vehicles in North America, Europe and Asia Pacific. Approximately, 2,700 vehicles are involved in this action.”

The cause of the issue remains under investigation. “No one should drive these vehicles until the remedy is performed,” the spokesperson said.

Toyota is well known for its hybrid and hydrogen fuel cell vehicles but is now attempting to make headway in the increasingly competitive battery-electric market, where firms like Tesla and Volkswagen are jostling for position.

“Toyota has been under pressure to up its game in EVs, so will be very disappointed that a recall has been necessary on its first mass-market electric cars,” David Leggett, automotive editor at GlobalData, told CNBC.com via email.

“On the plus side though, the recall is an early one in the model lifecycle and on a mechanical part that is nothing to do with the car’s electric powertrain,” Leggett added. “They’ll hope to quickly overcome the issue.”

Toyota launched the bZ4X in Japan last month, and it is the first model in the company’s bZ series. Last December, the company’s president, Akio Toyoda, said Toyota planned “to roll out 30 BEV models by 2030.”

According to the International Energy Agency, electric vehicle sales hit 6.6 million in 2021. In the first quarter of 2022, EV sales came to 2 million, a 75% increase compared to the first three months of 2021.