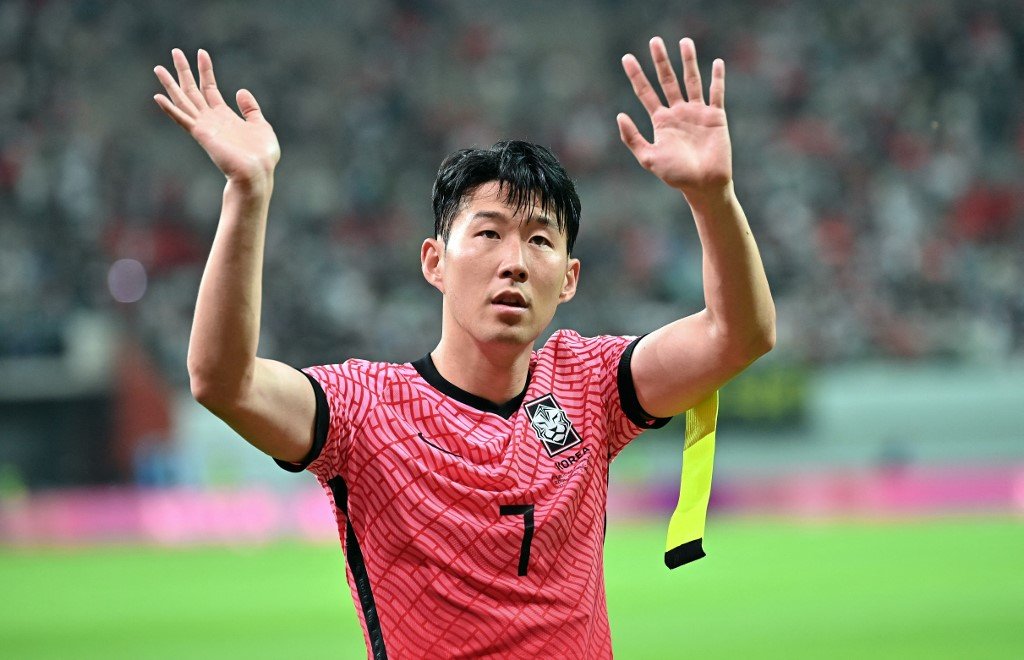 South Korea’s midfielder Son Heung-min waves to his fans after a friendly football match between South Korea and Brazil at Seoul World Cup Stadium in Seoul on June 2, 2022. (Photo by Jung Yeon-je / AFP)

The 29-year-old was given the Cheongnyong Medal by President Yoon Suk-yeol before South Korea’s friendly against Brazil at Seoul World Cup Stadium.

Son, dressed in a dark suit, walked into the packed stadium as the crowd cheered, with a banner reading: “We are living in the era of world-class Son Heung-min.”

Spectators roared as the president clipped the medal on Son’s chest.

Son last month shared the Golden Boot with Mohamed Salah of Liverpool after both scored 23 Premier League goals in the recently concluded season.

Yoon had congratulated Son for his achievement on Facebook, calling it a “joyous occasion to be celebrated by the entire Asian football community”.