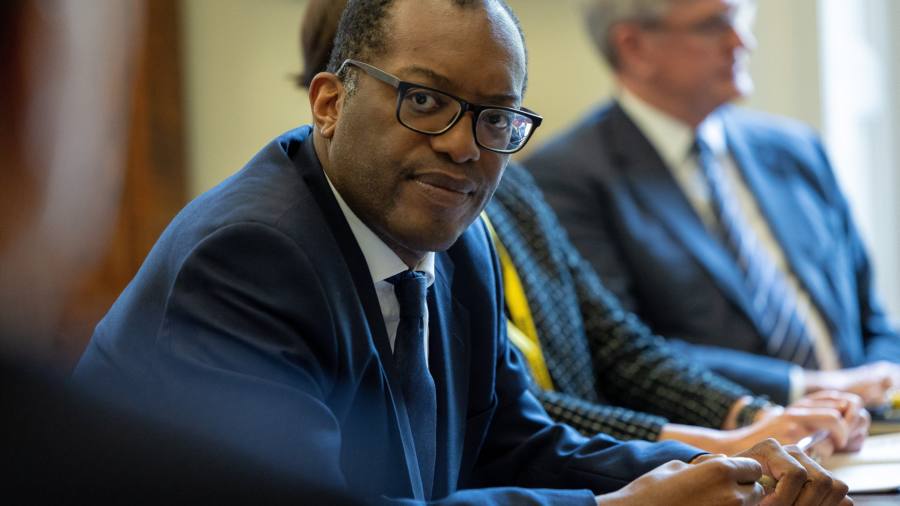 Tory MPs were despairing after another day of market chaos, with the Bank of England announcing plans to buy government bonds, effectively to defend the economy from Kwarteng’s own policy.

Some claimed that Liz Truss, prime minister, is trying to distance herself from Kwarteng’s economic strategy, even though she was instrumental in devising the plan of debt-funded tax cuts worth £45bn.

Truss has not made a public statement since the markets delivered a vicious verdict on her government’s economic plan released on Friday. There have been tensions between her and Kwarteng on how to respond to the tumult.

One former cabinet minister told the Financial Times: “I think he’s dead but in the Tory party death can take many forms. It can take a long time. There’s a political vacuum.”

Another Tory MP, a member of the government, said: “Liz has a pretty quick choice to make: either she bullets her chancellor and changes course or she could lose her premiership within a month.

“She will struggle to get any legislation through parliament unless she changes course because we won’t vote for it. We won’t ever get to vote on this package because the markets will destroy it first.”

Truss will be loath to lose her chancellor, an old friend. Both she and Kwarteng have insisted they will stick to the course they have set out: tax cuts and supply-side reforms, intended to boost growth.

Kwarteng’s allies declined to comment on the criticism being aimed at him and the chancellor was on Wednesday holding talks with banks about future City reforms, a sign that he sees business continuing as usual.

Most Tory MPs remain disciplined and are refusing to criticise the government publicly, not least since the party chose a new leader only a few weeks ago.

Kwarteng told City of London leaders on Tuesday he was “confident” his policies would work and is preparing to roll out new supply-side reforms, including on City regulation, childcare and digital technology.

“We don’t want blue on blue attacks at a moment like this,” said one senior Tory MP. If Truss were to remove her chancellor it would leave her exposed and be a clear political admission of economic incompetence.

But some Conservative MPs claim that Truss is subtly trying to distance herself from the unfolding chaos.

Truss and Kwarteng disagreed on Monday on whether the Treasury and BoE should issue statements to reassure the markets, with the prime minister initially saying they should say nothing, Tory insiders said.

Ultimately, Kwarteng released a statement saying he would produce a plan on November 23 to show how he would bring down debt in the medium term; senior City figures have warned the chancellor that date is too far away.

Allies of Truss insisted she fully supported Kwarteng and his growth plan, describing talk of tensions as “nonsense”. One said: “They’re in lockstep.”

The markets remain unconvinced and some Tory MPs cannot understand why the problems were not anticipated: “This is a shit show that was predicted,” said the government member.

Rishi Sunak, former chancellor and Tory leadership contender who predicted market chaos if Truss pursued unfunded tax cuts, is not expected to attend the party’s conference in Birmingham next week.

But his former supporters are starting to criticise the new administration. Mel Stride, Tory chair of the Commons Treasury committee, said he could not understand why Kwarteng promised “more to come” on tax cuts, even as markets recoiled from the borrowing required to fund the first batch. 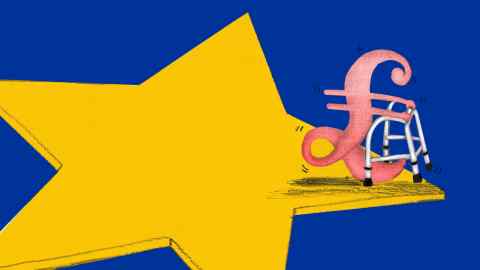 Some Tory grandees have defended Kwarteng against criticism from the IMF. Lord David Frost, former Brexit secretary, said the IMF was wedded to policies that led to slow growth and weak productivity.

“The only way forward for Britain is lower taxes, spending restraint, and significant economic reform. Liz Truss and Kwasi Kwarteng are rightly focused on delivering this and they should tune out the criticism from those who are still in the intellectual world of Gordon Brown.”

Lord Daniel Hannan, writing for the website ConservativeHome, said the sterling sell-off was not caused by unfunded tax cuts but by a “belief that this Budget has made a Labour victory more likely”.

Tory-supporting media outlets have sought others to blame; the Daily Mail front-page headline on Tuesday said: “Fury at the City slickers betting against UK plc.”

Some Tory MPs believe that Truss could make a start by reversing one of the most contentious tax cuts in last week’s package: the abolition of the 45p additional income tax rate for earnings of more than £150,000.

One Tory MP from the “red wall”, former Labour-held seats in the north and Midlands won by the Tories in the last general election, said: “We all wanted tax cuts, but no one on 150k a year has ever complained to me about their 45 per cent tax rate.”

Sir Keir Starmer, Labour leader, on Wednesday called for parliament to be recalled and for Kwarteng to abandon his fiscal plan.