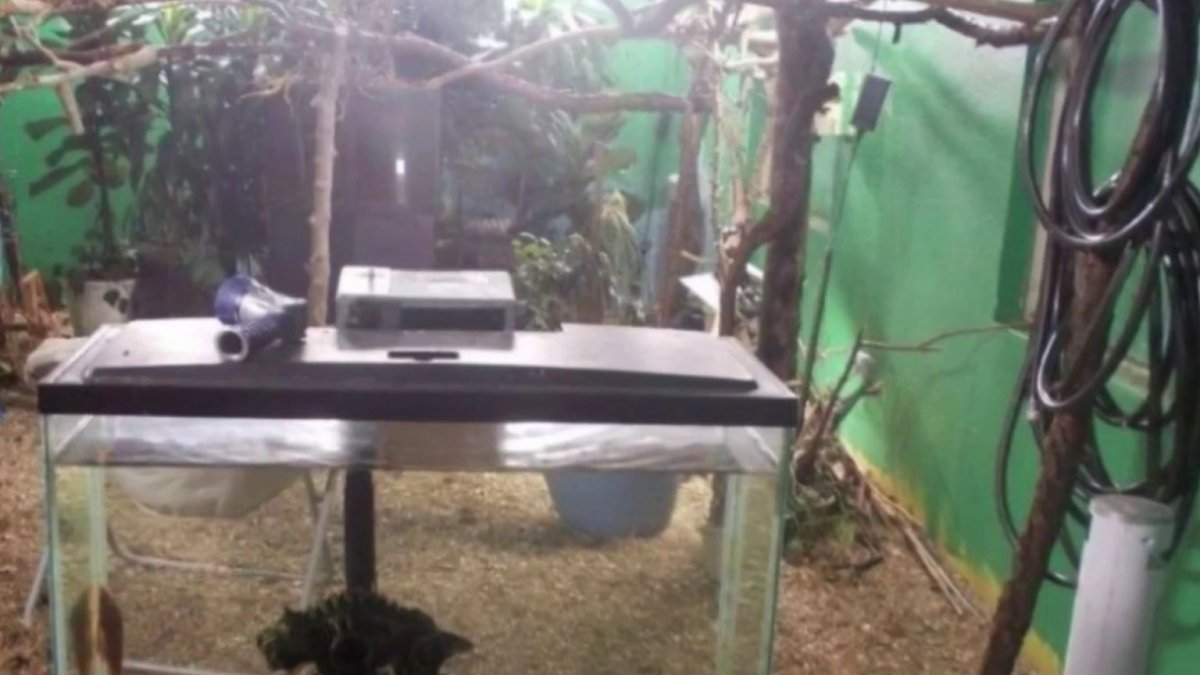 San Bernardino County Sheriff’s investigators found a toddler living with animals in what appeared to be a makeshift zoo.

A disturbance call Saturday led deputies to the Apple Valley home in the 13000 block of Cuyamaca Road, officials said.

Several rooms of that home were transformed into habitats for dozens of animals including reptiles, birds, dogs and more than 50 cats. The home was covered with wood chips that the cats used as a litter box, officials said.

The child had been sleeping in a closet, and his bedding was covered in cat urine, officials said.

The child was placed in protective custody and animal control responded to tend to the animals.