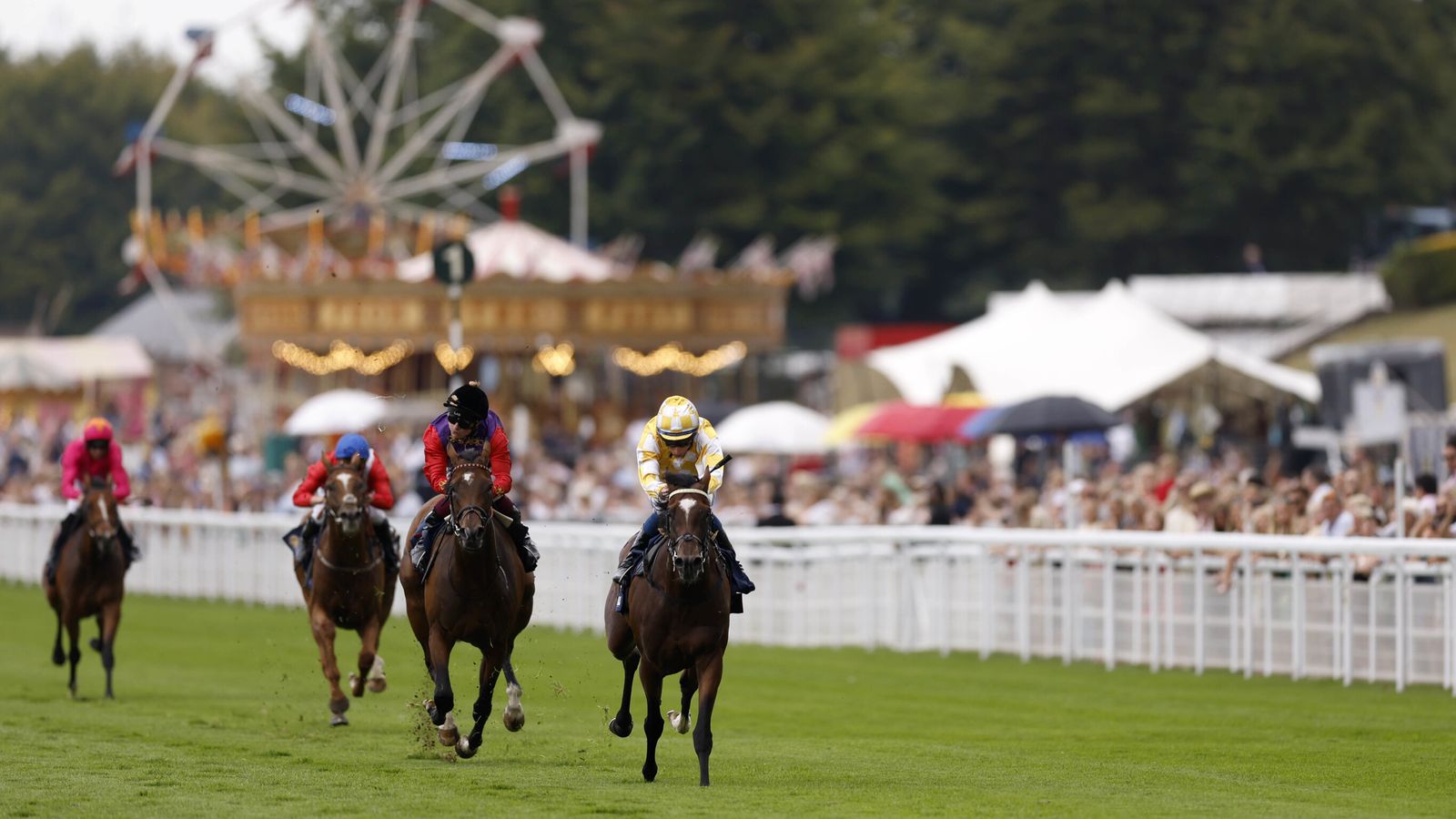 King Charles III will have his first runner at Ascot in the Royal silks this afternoon with Perfect Alibi running in the Listed Noel Murless Stakes, live on Sky Sports Racing.

3.45 Ascot – Alibi goes for The King in Listed heat

For the first time at Ascot since The Queen’s passing, the Royal silks will be on show as Perfect Alibi looks to land the Listed Noel Murless Stakes (3:45) under Tom Marquand for William Haggas and The King.

The three-year-old filly looks to have a bit to find on paper, but was a good second behind Hoo Ya Mal in a Group Three at the Glorious Goodwood meeting and drops in grade here.

Secret State looks a major threat for the Buick and Appleby combo, having had wind surgery since a second in the Great Voltigeur Stakes at the Ebor meeting.

Marco Botti’s Giavellotto is another to note, having finished an excellent third in the Leger earlier this month, whilst El Habeeb and Lionel could also get involved.

Fontwell hosts a quality card on Friday, with the Cazoo Handicap Chase (4:00) an excellent feature despite just six runners.

Chris Gordon’s Annual Invictus heads the weights and makes a seasonal return after pulling up in the Sussex Champion Chase last time out – the seven-year-old has some decent Graded form to his name.

Up The Straight is the likely favourite for the Richard Rowe team but is another making seasonal reappearance, having won a competitive Sandown handicap back in April.

Others to note include the Milton Harris-trained Fakir and The Golden Rebel, who is the sole runner to have had a run already this season.

It might take a smart performance to land the One For Brad Novice Stakes (7:45) at Newcastle on Friday evening, with at least three runners looking to have a very bright future.

Poker Face is the place to start for the Simon & Ed Crisford team, having won on debut at Pontefract earlier this month.

Melfet won on second start for Al Shaqab Racing and The Gosdens – they both give weight away to Charlie Appleby’s Alnilam who was third behind the Gosden runner at Kempton on debut.

James Horton’s Topomania has finished runner-up in both starts so far and should also play a part.

Watch every race from Ascot, Fontwell and Newcastle live on Sky Sports Racing on Friday, September 30.