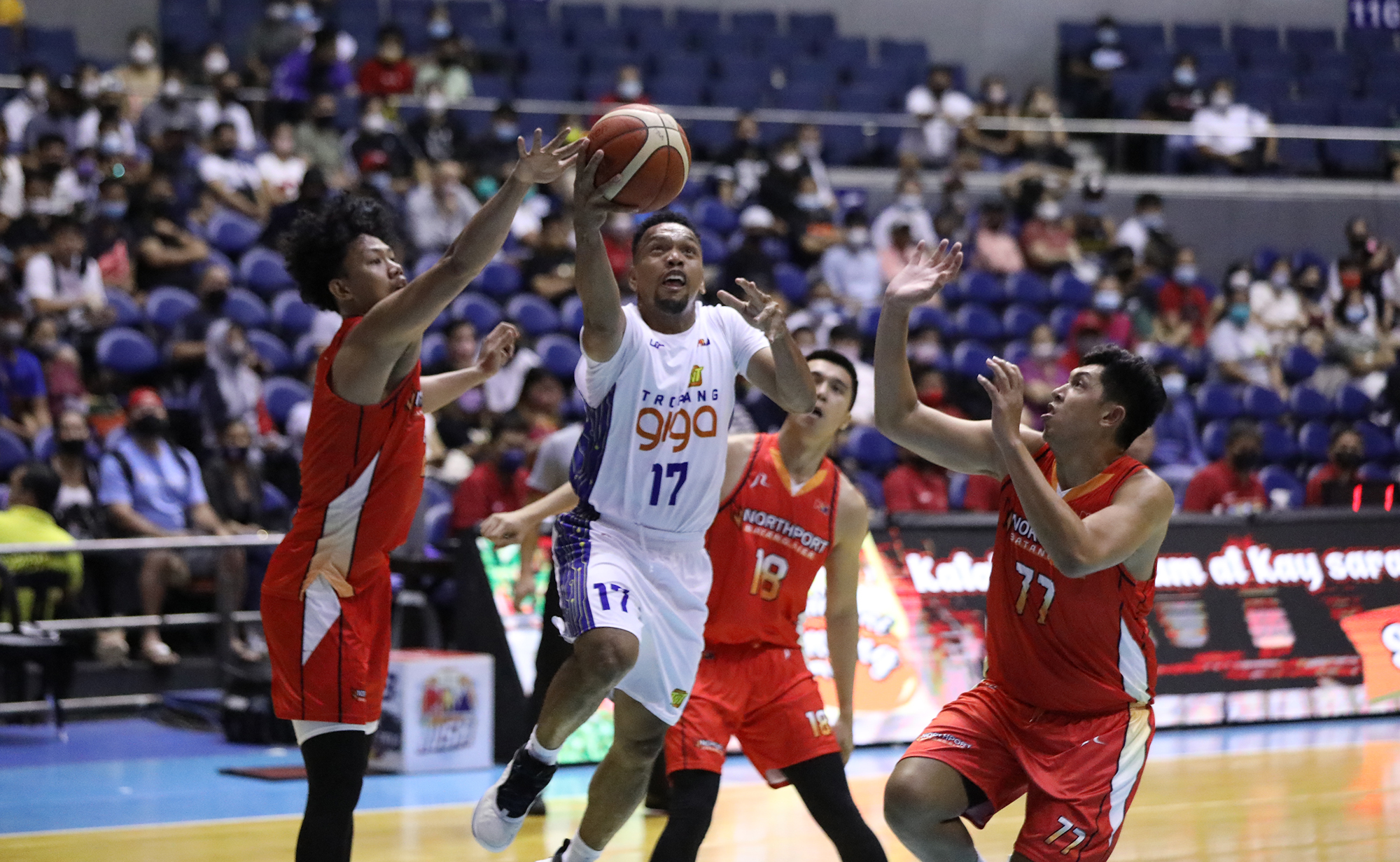 Mikey Williams and RR Pogoy provided the scoring punch for TNT. Jayson Castro kept the team from falling apart at the seams once again.

But all that—plus a 117-112 victory over NorthPort on Wednesday at Smart Araneta Coliseum—failed to allay TNT coach Chot Reyes’ worries about his ongoing manpower woes in the PBA Philippine Cup.

“I am very worried about it,” said Reyes after the Tropang Giga annexed their fourth straight win en route to a 6-2 (win-loss) record that virtually booked them a playoff spot. “We are figuring it out as we go. We’re kind of a work in progress.”

“We’re trying to fly a plane while fixing it,” Reyes added.

Troy Rosario has been shelved indefinitely due to an assortment of injuries. Jaydee Tungcab continues to nurse a knee problem. Ryan Reyes is dealing with wear-and-tear issues. Kib Montalbo has been placed on the injury reserve list.

So far, TNT has done enough to mask its problems. Williams spearheaded the Tropang Giga against the Batang Pier, draining 27 points. Pogoy added 22 while Castro chipped in 17 off the bench as TNT continues to bolster its title defense bid.

Poy Erram finished with 17 points and 14 rebounds and Jayjay Alejandro added 12 to supply the team with additional weapons to make up for the key absences.

“Like we say, first, acknowledge [that] injuries are part of the process. And secondly, as [Pogoy] would say, we don’t worry about who’s not here. We just make sure that those who are here are ready and ready to play,” said Reyes.

“Now, next game we have Terrafirma. So who do we have? We will just find that out again in practice,” he added.

NorthPort, on the other hand, struggled with a major injury blow of its own.

Robert Bolick left the game due to an ankle injury and in his place, the Batang Pier turned to Jamie Malonzo, who had 27 points. NorthPort also drew 24 points from playmaker Roi Sumang, who powered a late fightback that cut the TNT lead to just 111-110 with less than a minute remaining in the contest.