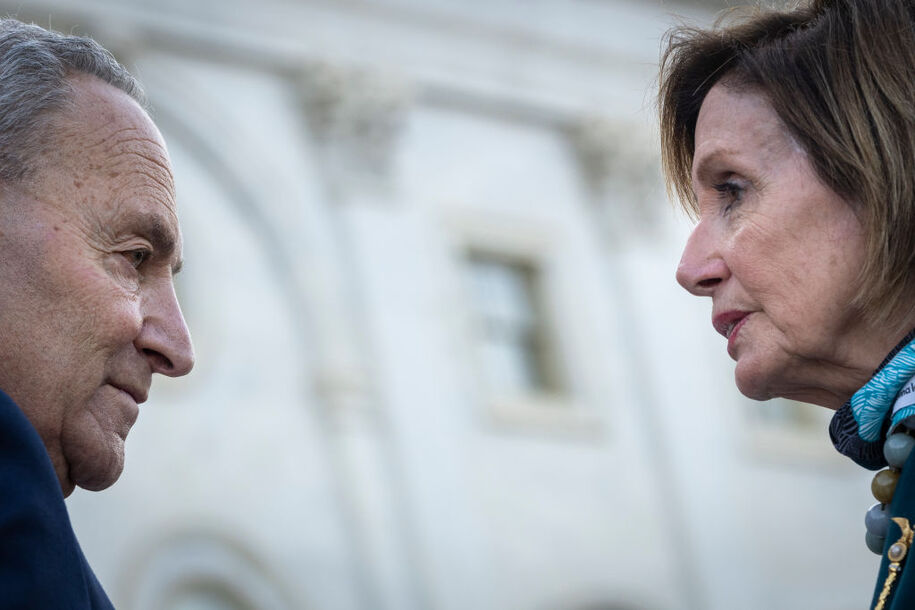 The momentum of the big COVID-19 relief bill, the American Rescue Plan, is all but dissipated now as the administration and Congress slog on with infrastructure, a process which gets more complicated and time-consuming with every day. That’s in no small part because of that other pernicious Senate tradition, the filibuster.

As long as the Senate is deadlocked 50-50 and a very few Democrats refuse to do anything about it, this incredibly complied process of negotiating a path between Republicans who absolutely refuse to raise taxes and progressives who will refuse to pass any bill that doesn’t invest heavily in combatting climate change, there’s no quick way through the infrastructure process. It means weeks more of negotiating and bill writing. Even if there’s a bipartisan bill voted on in the Senate in the handful of days they’re in session next month, that’s unlikely to move in the House tunnel there’s a companion budget reconciliation bill—that can pass in the Senate on a simple majority vote, without Republicans. House Speaker Nancy Pelosi has just a tiny majority of five Democrats and thus has to navigate carefully to get all of her caucus on board. The large progressive wing is likely to take up Rep. Alexandria Ocasio-Cortez’s idea of keeping a bipartisan bill that comes over from the Senate off of the floor until a reconciliation bill with progressive priorities is also passed.

In the background of these negotiations, Senate Republicans are making threats about something that really has to happen in the next few months—a debt ceiling hike, the means by which the U.S. can keep borrowing and doesn’t end up defaulting on its outstanding debts which could create a global economic disaster. So of course Mitch McConnell and team are going to use it as a hostage. Again. Because that’s what they do. As of now, the nation’s borrowing power ends on July 31, but the Treasury Department can take measures to stretch out our fiscal solvency probably into September, early October.

“I’d say it’s unlikely,” that there are 10 Republicans who would vote for a clean debt ceiling hike, Sen. John Thune of South Dakota told The Hill. He’s McConnell’s #2, the minority whip. Sen. Roy Blunt, a Missouri Republican, agrees. He pointed to previous Republican hostage-taking of the debt ceiling “to try to figure out some mechanism to control future debt.” He added “I would think it’s likely to get 10 Republicans you’re going to have to do some kind of spending reform to get a debt ceiling increase.” That doesn’t sound like a bunch that’s ready to spend the trillions needed for infrastructure restoration.

So throw that onto the pile of critical work that has to happen in the next few months and handful of legislative days. Tied to that, inevitably, is government spending for FY2022, which will have to be done by October 1. That’s really not likely to happen with an actual omnibus spending package, so there will almost certainly be yet another continuing resolution that will last a few weeks, a few months—inevitably being strung out until the week before Christmas because that’s how it always works. It’s not how it’s supposed to work, but it’s also not “normal” for the minority party in the Senate to do things like threaten to take the debt ceiling hostage, or shut down government, or refuse to seat the Supreme Court nominees of presidents from the other party, or let hundreds of thousands of people die on their watch while refusing to allow emergency relief legislation to pass for months.

There’s also the pressing need to do something about saving our elections and our democracy before all of the states get into the redistricting—or as it’s more likely to be in Republicans states, the gerrymandering process. That means passing the For the People Act as soon as possible. The first, procedural vote on that will be Tuesday of this week, with Schumer working closely with Manchin to get his agreement on the bill. Which Republicans will filibuster. Whether that will be enough to break through on filibuster reform, well, we’ll find that out soon.

Yes, the calendar crisis Nancy Pelosi and Chuck Schumer are not facing is largely not of their making, nor is the complete mess that Republicans—and particularly Mitch McConnell—have left them. But fixing it is in their power. That means cancelling as much of the upcoming recess as necessary to get the work done. They can take solace in the fact that it would really mess up Republicans’ summer vacation plans, too.