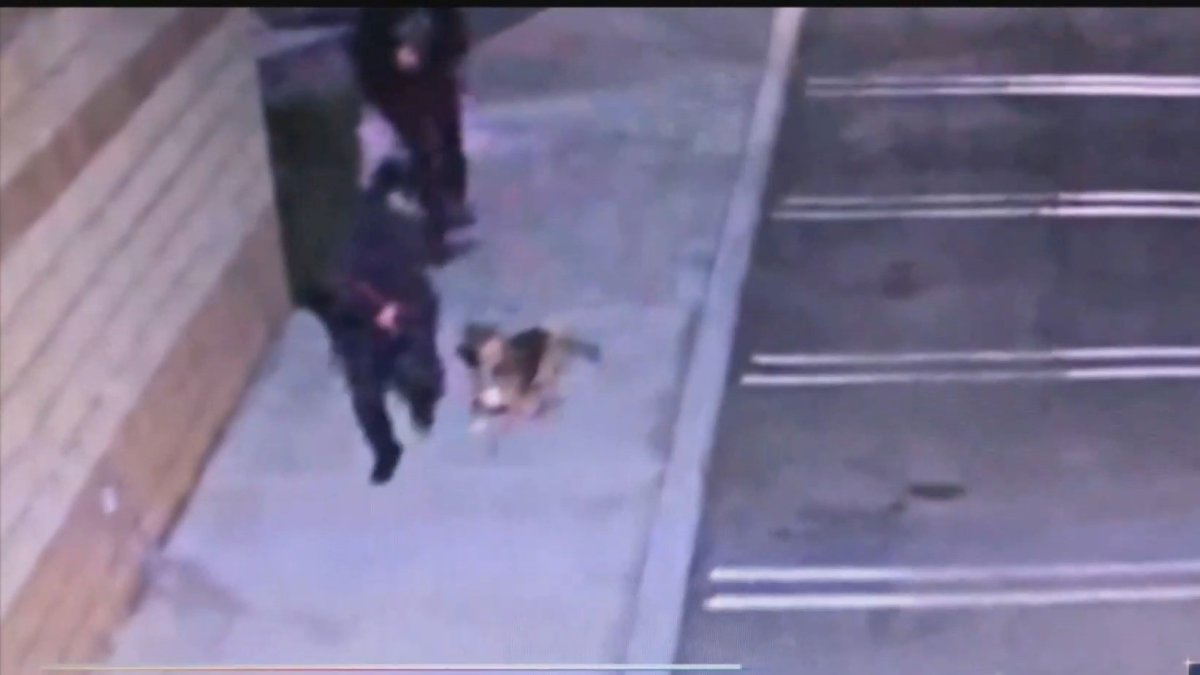 The dogs were taken at about 2:30 a.m. Sunday from the Jurupa Valley Ainmal Shelter in Riverside County. A husky mix and two pit bull mixes were stolen by two intruders who are seen with what appears to be a bolt cutters.

The pair appear to look inside each kennel, possibly looking for specific dogs. Workers arrived the next morning to find the locks cut on the kennels.

“We don’t suspect that someone is randomly coming in to steal a dog, unless it’s a labradoodle, Boston terrier, something very unique,” said John Welsh, of Riverside County Animal Services. “People are coming in to, more than likely, steal their own pets.”

Authorities said it’s possible the intruders are the dogs’ owners. Last Thursday, the dogs were impounded after a witness reported seeing the dogs biting or attacking someone. No one was at the owners’ Jurupa Valley property when animal control officials responded to the home, but one dog was running loose and two others were tied to a fence.

No food or water was in sight.

The dogs were taken to the shelter in accordance with state law.

“We have to have a dog quarantined after its been involved in a bite on a human,” Welsh said. “The dog owner has to understand that they can’t take matters into their own hands and steal their animals out of the shelter.”