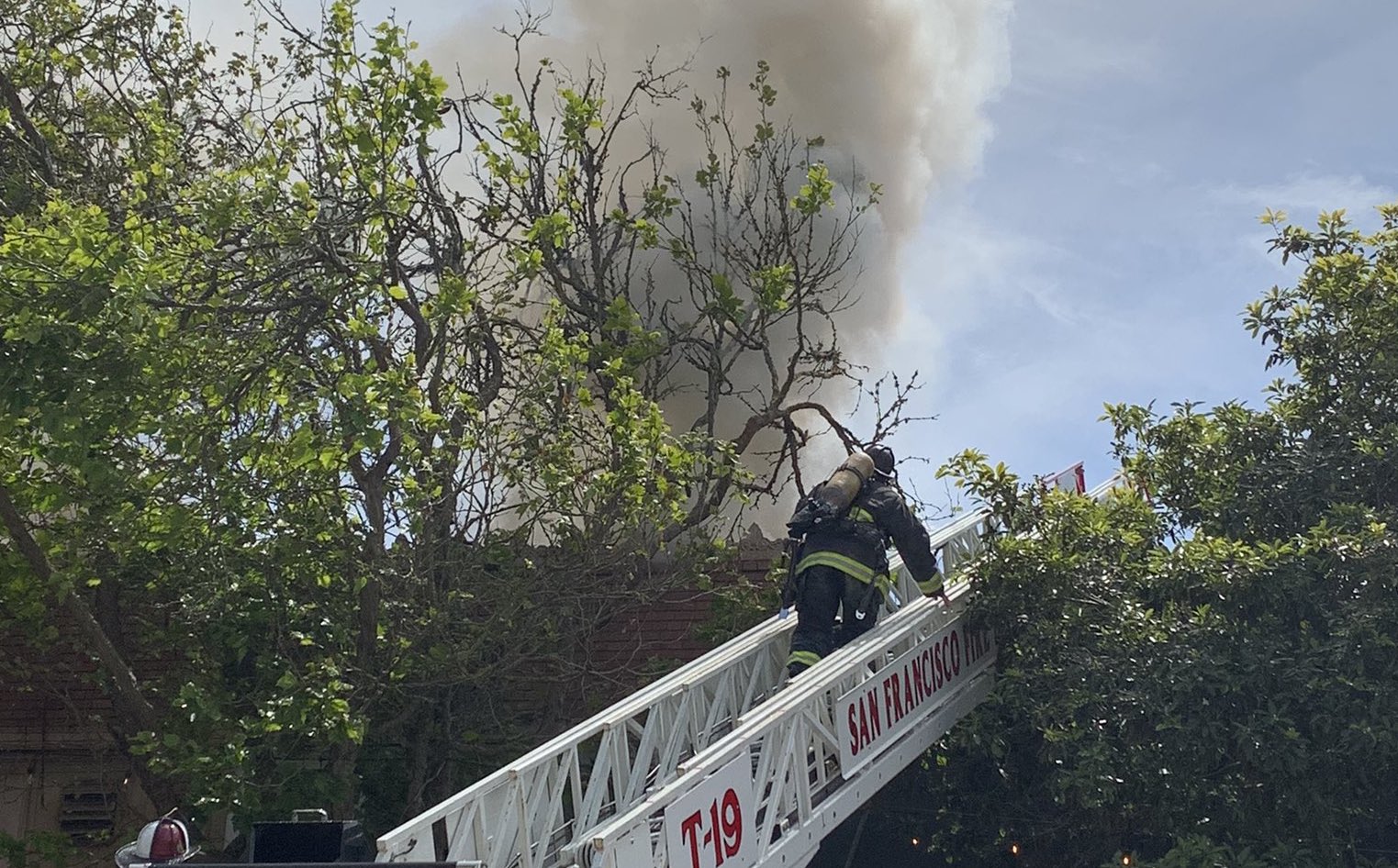 A three-alarm fire in San Francisco’s West Portal neighborhood led to the partial collapse of a nail salon Monday.

San Francisco fire officials confirmed Monday afternoon that 309 West Portal Ave., the location of the White Daisy Nail Spa, suffered the collapse — and the entire block is being forced to evacuate.

A roof fire was reported on the 300 block of West Portal Avenue on Wednesday at about 11:30 a.m., according to San Francisco Fire Department’s Twitter, with the fire department arriving just minutes after. Within an hour of the initial report, the fire escalated to a three-alarm blaze affecting three buildings and six addresses, among them a dry-cleaning service and the Japanese restaurant Fuji.

Footage from the scene shows significant amounts of smoke emanating from the block, with firefighters on ladders trying to quell the flames on the roof.

The cause of the fire has not been revealed, and no injuries have been confirmed yet. Community members are being asked to avoid the area and anticipate major traffic delays.

A temporary shelter has been established at 15th Street and West Portal Avenue.

This is a breaking story and will be updated with more information. Bay City News Service contributed to this report.