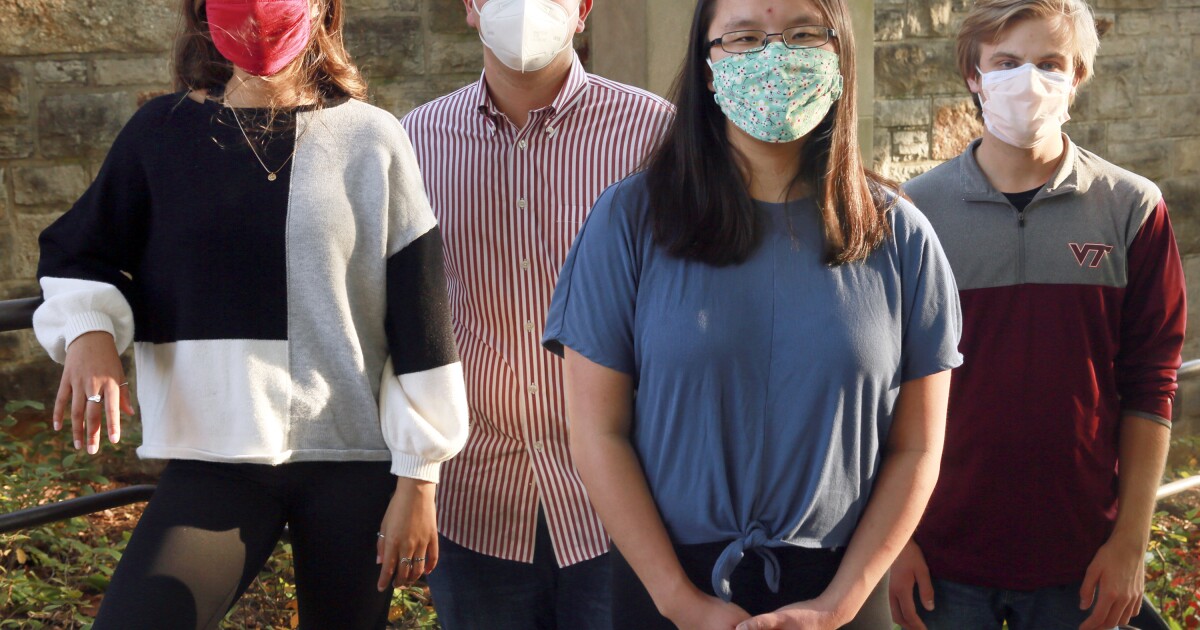 When Frank Shushok Jr. became vice president for student affairs at Virginia Tech, he was surprised by the number of students who came to him with complaints about the university’s student-government association. Students told Shushok that the group was dysfunctional, not representative of the student body, sexist, and that a handful of seats had been left vacant throughout the entire academic year.

“There were just signs that the model of student government that had been in place for decades was no longer as effective as it had once been,” Shushok said. “For your average student, they didn’t see a student government as an influential voice on campus the way that at one point they did.”

Students who were part of SGA were resigning one by one.

“There were a lot of female members and members of the LGBTQ-plus community who resigned, and one of the reasons that a lot of them cited” was that it was a “sexist organization and a homophobic organization,” Jonathan Falls told The Roanoke Times. Falls resigned from his position as a legislative representative in April of last year.

The students weren’t the only ones who noticed the breakdown. At the time, the university was also pushing for a change, having begun a review of governance at Virginia Tech for the first time in 25 years — not just among students, but for the faculty and staff, too.

So Shushok assembled a task force on student governance. One of his picks to join up was Thomas Miller.

Miller said he was one of the many students on campus who’d never thought twice about student government. But when Shushok tapped him to sit on the task force, he agreed. As a senior, Miller (now a grad student in sociology at Virginia Tech), saw it as perhaps his final opportunity to make a lasting impact on the university. And after their first meeting, he knew he and his fellow members were eyeing a completely reimagined governing group. He’s now one of the leading student voices for the change, almost a year later.

“The task force at the beginning, didn’t set out to really do that,” Miller said. “But by our third or fourth meeting, especially with the ideas that I was bringing in of a complete renovation, we got a little bit more comfortable with scrapping pretty much everything we had so far, and building from the ground up.”

By January, the group had settled on a new model: a single-body student senate. The previous model had been three-part, similar to the federal government, which created problems due to lack of coordination, Miller said.

“There wasn’t that connection between what the SGA was doing on the day-to-day basis and what the majority of students want,” Miller said, adding that the previous three branches seemed to act independently, without much communication.

This issue is not unique to Virginia Tech, said Butch Oxendine, executive director and founder of the American Student Government Association. “Student governments all over the country are not representative generally of their students,” Oxendine said.

For public colleges, the average voter turnout at elections is only around 10 percent to 15 percent of the entire student population. “Many schools are even less than that,” Oxendine said. “That says they are not representing students enough to even get them to vote there.” At Virginia Tech, Shushok said, voter participation had been small and shrinking.

The new Undergraduate Student Senate, to form officially this fall, will consist of three different types of senators: those elected by students in their particular college, at-large senators elected by the entire student body, and university charter-student-organization senators. The final group of senators will be chosen from representative minority groups like the Muslim Student Association, Black Organizations Council, and HokiePRIDE, an organization that supports the LGBTQ+ community on campus. It’s a conscious effort to make student government more inclusive.

“Creating those three different lanes for students to have opportunities to get into the senate creates access, and it also creates wide representation where there was not before,” Miller said.

“I suspect there will be other institutions that will step back and say, ‘well, maybe the old model isn’t working as effectively as it did 10, 20 years ago,’” Shushok said.

A 12-student transition team is now working on a new constitution and bylaws for the coming semester.

As Miller prepares for his first year of grad school, he worries that, because of the poor reputation that SGA has garnered over the past five years, students may resist this new model. “We’re trying to counteract that trepidation by showing that ‘this is a different kind of organization where your voice can be heard, and you can participate,’” he said.