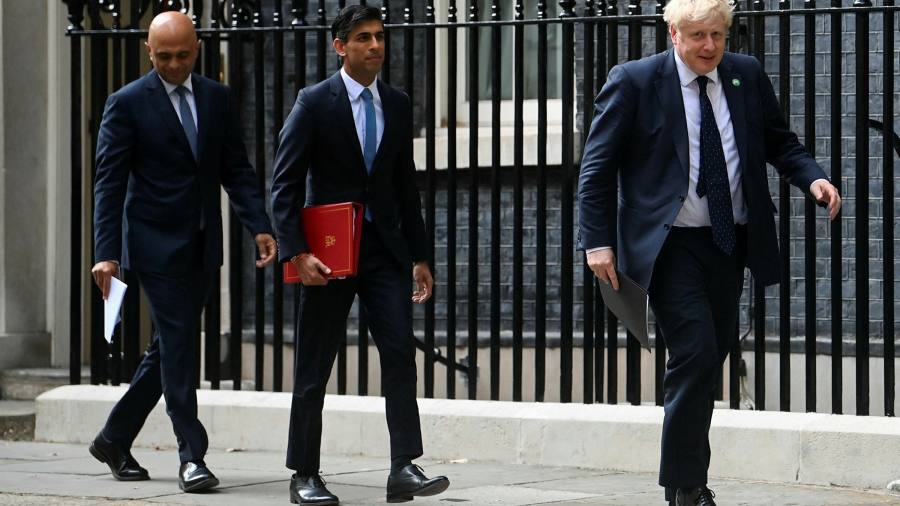 This time we really are in the endgame of the Boris Johnson premiership, but that still does not mean it will be quick. The prime minister has enjoyed an almost miraculous ability to defy political gravity but the co-ordinated resignation of both his chancellor and health secretary looks like the dam finally breaking.

Johnson’s instinct will be to hold on. Other cabinet ministers were quick to state their loyalty. Liz Truss, the foreign secretary who will fancy the Treasury job as well as Johnson’s, was an early pledger. Without a change to the leadership election rules, there is no formal lever to force Johnson out. The prime minister would have to resign and he is going to spend the next hours working out how he can avoid doing so. The temptation will be to play to the party right by depicting this as a coup to weaken Brexit or, given the comments on economic differences in Rishi Sunak’s letter, to keep taxes high.

While the resignations are a huge blow, they are not enough to suggest that he has lost the confidence of his cabinet. Many have a strong incentive to stay loyal until they are sure the ship is going down. A number know they are unlikely to be kept on by any other leader. Others, such as Truss, who harbour leadership ambitions will be calculating that their prospects are better served by not being associated with Johnson’s dispatch. But this mini-cabinet coup will also turn demands for a change to the leadership rules into a central issue in the looming elections for the backbench 1922 Committee executive.

But whether the end now comes rapidly or is more drawn-out, it is hard to see any way back for Johnson. Premiers routinely survive cabinet resignations but these go to the issue of the fundamental character of his government and will confirm the sense of decay in Downing Street. It is now very hard to see him leading his party into the next election. The question now is how protracted the death throes have to be. Under existing party rules he technically has 11 months to turn it round but it is not clear what he can offer his MPs as a reason for keeping him. Some doubt he will make it to the end of this month.

The final straw for Sunak and Sajid Javid — Johnson’s deceit over the promotion to deputy chief whip of a man he knew had a history of drunken sexual harassment — is bad enough in itself, but it is also too clearly part of a wider pattern. Ultimately all his crimes boiled down to the same offence, a near total disregard for the ethics and integrity of high office. Everyone who worked for the prime minister was tainted by association.

If the Conservative party wishes to draw a line under the Johnson era, both Javid (who of course has resigned before on a matter of principle) and Sunak, have bolstered their own credentials. Critics will argue they stayed too long but they will be recognised for having taken a stand. Both have been visibly unhappy for some time and feel unable to defend Johnson any longer. They will have watched colleagues being once again sent out to defend a leader with dubious information which dissolves within hours. The choice in a future leadership contest will be between those who can claim to have fought for their party’s reputation and those who did not.

Their resignation letters are telling. Sunak cites economic differences, with a clear suggestion that Johnson had no stomach for the hard medicine the chancellor believes to be essential in an age of inflation. But both he and the health secretary primarily stressed the collapse of fundamental values. Javid wrote that “the British people also rightly expect integrity from their government”. The Tories, he said, need to be competent and acting in the national interest, but “the public are concluding that we are now neither”. Sunak added that standards are “worth fighting for”.

Following on from Oliver Dowden’s resignation as party chair with the words “somebody must take responsibility”, Tuesday’s resignations suggest the mainstream of the party has had enough. The departures also rob the cabinet of two of the few assertive figures, capable of standing up to the prime minister. The team looks ever more pygmy-like.

No one who has watched this prime minister’s career will ever feel entirely confident about writing him off. But whether he survives for hours, days or months, this finally feels like the end of the show.