‘This is all because of the politicians’: rising prices anger Indians 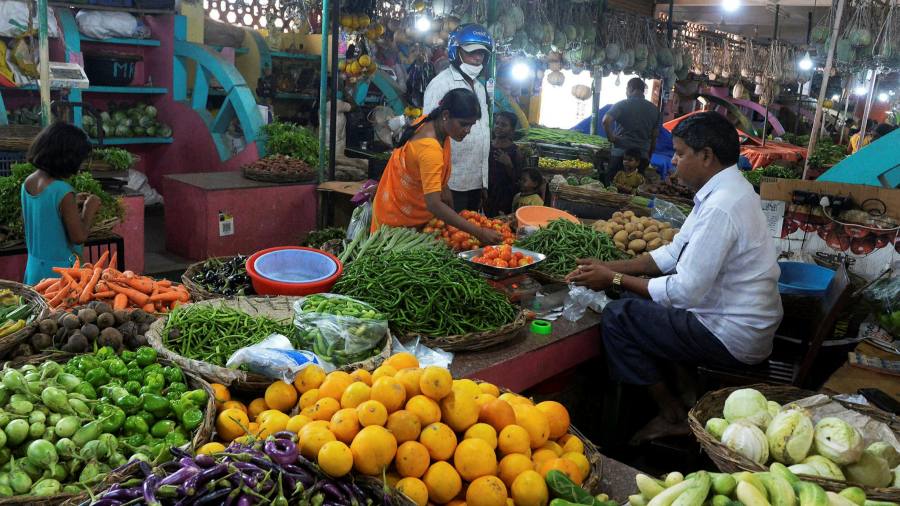 With the price of everything from beans to medicines soaring, retiree Philomena Amara has little doubt about who is to blame: the ruling Bharatiya Janata party of India’s prime minister Narendra Modi.

“They are minting money, only thinking of themselves,” the 70-year-old fumed as she scoured a Mumbai market for the cheapest options.

India’s poor were already the worst affected by the country’s stringent coronavirus pandemic lockdowns. Now, they are bearing the brunt of rising food costs, as Russia’s war on Ukraine triggers steep gains in commodity prices around the world.

For the Modi government, the stakes could not be higher. Controlling inflation is crucial in a country in which the price of onions can reputedly decide elections, as it did in 1980 when former prime minister Indira Gandhi was victorious after her rival oversaw a steep increase in the cost of the vegetable.

India’s headline inflation hit an eight-year high in April of 7.79 per cent against a year earlier, before moderating slightly in May to 7.04 per cent. But it remains above the upper end of the central bank’s target range of 6 per cent and vegetable costs continued to soar in May, rising 18.26 per cent year on year.

In response, Modi’s government has cut fuel taxes while the Reserve Bank of India has begun raising interest rates for the first time in nearly four years. But those efforts have come too late to prevent further price rises, analysts said.

“I think the RBI was a little complacent and the government, too. The focus had just been on [economic] growth,” said Shumita Deveshwar, senior director for India research at TS Lombard.

The rise in inflation has coincided with the withdrawal of pandemic-era central bank relief measures and a heatwave that has battered India’s wheat crop.

The RBI has trimmed its growth forecast for gross domestic product for the year ending March 2023 to 7.2 per cent, down from 7.8 per cent in February.

In response to the rising food prices and crop damage, New Delhi has limited wheat exports and announced a cap on sugar shipments as well as cooking gas subsidies for low-income households.

But the fiscal cost of the fuel tax cuts is steep — HSBC estimates Rs1tn ($13bn) in lost government revenues. New Delhi also said it would help farmers by doubling fertiliser subsidies, adding to the burden on government finances.

Altogether, economists estimate that the new fiscal measures will cost the state Rs2tn — equivalent to at least 0.5 per cent of GDP.

That comes on top of finance minister Nirmala Sitharaman’s budget in February, which aimed to increase capital expenditure by a third to about $100bn through spending on infrastructure.

Sanjiv Bajaj, president of the Confederation of Indian Industry, one of the country’s biggest business associations, said the government and the RBI were approaching inflation in a “practical” way. “You don’t want to kill the golden goose that lays the eggs, so they have to balance growth with inflation,” Bajaj said.

But half of the respondents to a recent CII survey cited growing import costs as a concern after the rupee hit a series of record lows against the dollar this year.

But support for the BJP has held up despite the history of extreme price sensitivity among voters, said Neerja Chowdhury, a political commentator in New Delhi. 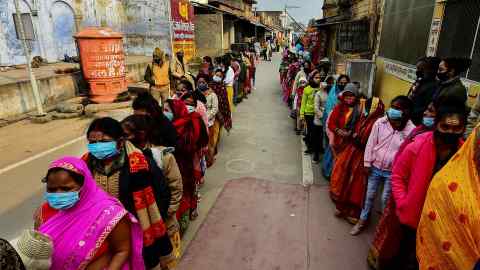 The ruling party’s combination of Hindu nationalist rhetoric and a strong emphasis on welfare benefits had helped to buttress its popularity despite the economic shock of the pandemic. The BJP swept a series of state elections this year.

But she added: “There’s a limit to people’s tolerance. That’s why [the government] cut down on petrol duties. Much depends on how they handle the situation.”

There are signs that some voters, such as Amara, who is already cutting back on vegetable purchases, have had enough. They feel they have been abandoned by the government, a sentiment that is threatening to grow with the onset of the monsoon season, which even during times of low inflation typically leads to higher food prices.

“This is all because of the politicians,” Amara said. “[They are not even] looking at the price hike.”