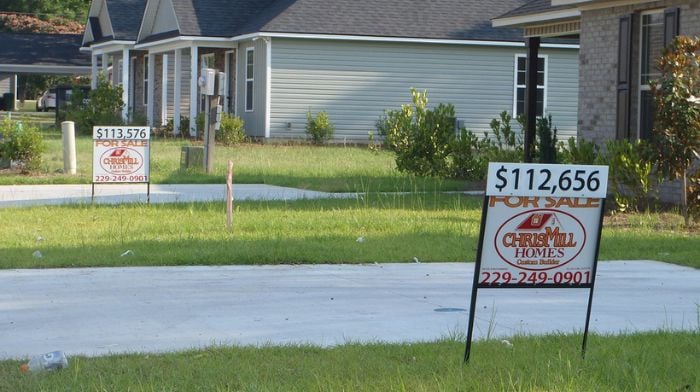 If you were thinking about selling your house in 2023, you might want to think again. As many economists continue to predict a coming recession, one housing market indicator is already spelling trouble.

The Housing Market Index, the popular benchmark for home sales, fell to its lowest point in ten years.

And that’s not even to mention mortgage interest rates or home prices.

I really hope the US can avoid a big recession, but the term “soft landing” bothers me.

It implies there won’t be pain.

Prices Go Down as Interest Rates Go Up

Readers will likely recall that, in recent years, mortgages could be had for less than 3% interest on a 30-year mortgage.

Now? Homebuyers are looking down the barrel of 6-7% interest.

According to the National Association of Home Builders (NAHB), the housing recession is here, and has been since summer. Robert Dietz is the chief economist for the NAHB. He said, “The index has declined for 11 straight months. This is going to be the first calendar year in 11 years where single-family starts will total a smaller volume than the prior year.”

As mortgage rates rise, home prices are predicted to fall as much as 20%.

Enrique Martinez-Garcia is an economist with the Federal Reserve Bank of Dallas. He stated that if homes in the U.S. stand to lose one-fifth of their value, and prices drop 15%-20%, personal consumption could also fall by 0.5-0.7 points. All around, it’s not a rosy picture.

Now, on the bright side, while corrections are painful, they are necessary. Fewer people can afford homes that are skyrocketing in value anyhow.

Rising interest rates are not just effecting home prices. Americans shopping for a car may decide to go the used route as opposed to brand new. In September, the nation’s largest used car dealer, Carmax, reported their earnings dropping 54%, and sales down 6.4%.

So many of these articles & analyses claim that housing won’t crash hard because unemployment is low.

But that makes little sense because unemployment is always low before a recession and housing downturn.

RELATED: The Biology of History – And Why It Matters for Politics

Despite everything pointing to a recession, President Joe Biden continues to paint a rosy economic picture. In October, he sat down for an interview with CNN’s Jake Tapper. To Tapper’s credit, he asked Biden, “Should the American people prepare for a recession?”

Biden responded saying, “Every six months they say this. Every six months, they look down the next six months and say what’s going to happen. It hadn’t happened yet. It hadn’t… I don’t think there will be a recession. If it is, it’ll be a very slight recession. That is, we’ll move down slightly.”

And according to a recent YouGovAmerica/Economist poll, over half, 56% of Americans also believe that the U.S. is in a recession. Add to that the thought that Americans will still be dealing with inflation in the new year.

Mike Fratantoni is the chief economist and senior vice president of the Mortgage Bankers Association, and says, “We won’t be at the Fed’s inflation target until 2024.”

The bumpy ride for the American economy doesn’t seem to have an ending anytime soon.