Things to Know Before Attending a Pittsburgh Pirates Baseball Game 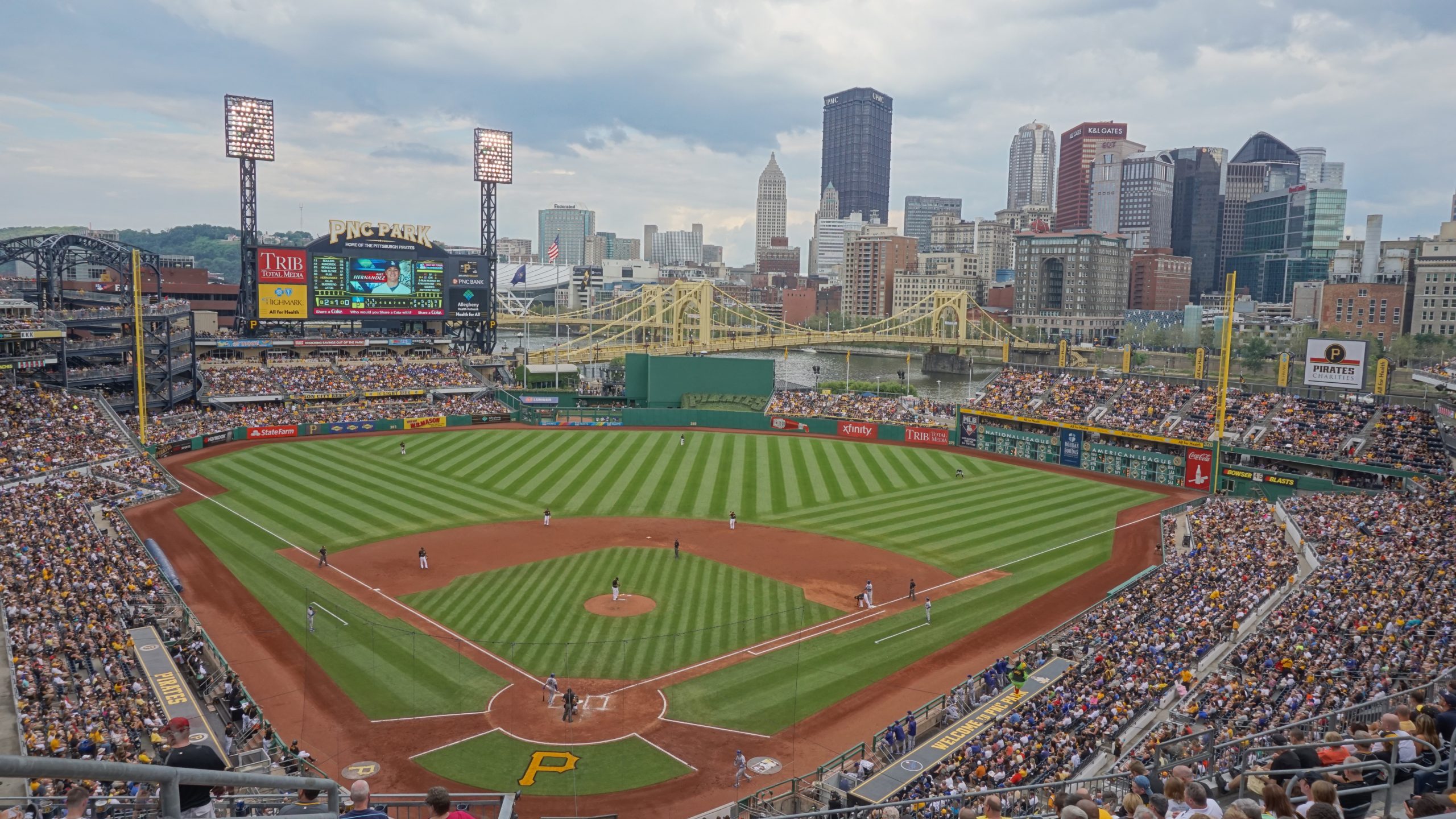 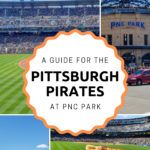 Pittsburgh is a sports town, and for the past several decades it seems like the Pirates have not gotten the memo.

Despite the fact that the Pittsburgh Pirates have been, well, awful, PNC Park is often ranked among the best ballparks in the country- and we agree. It really is hard to beat taking in a game at this stunning ballpark.

So whether you are an armchair Pirates fan, a baseball fan at large, or are a die-hard Buccos loyalist, there are many things to keep in mind when visiting PNC Park for a game.

In this guide, we want to share everything you should keep in mind before visiting!

Why You Should Go to a Pittsburgh Pirates Game 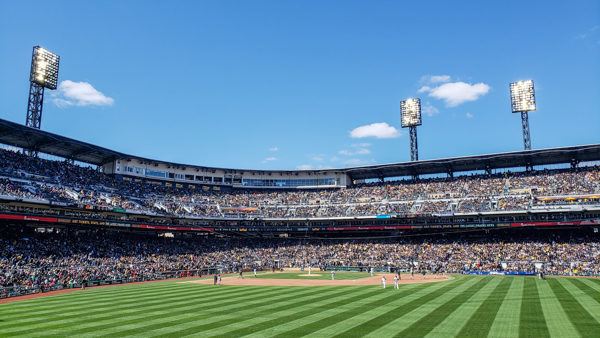 The Pittsburgh Pirates baseball franchise is a historic one that dates back to 1881 and played in the first World Series in 1903 (they lost). 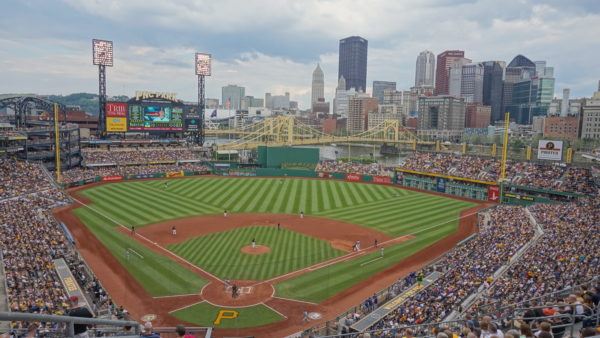 As such, you may not be convinced to attend a Pirates game for the competitiveness of the team, but rather for the ambiance of the stadium itself. PNC Park is arguably the most beautiful ballpark in the country, and for many going out to a baseball game is as much about tradition as it is the game itself.

For that, a trip to PNC Park for a Pittsburgh Pirates game is a must.

Where to Sit at PNC Park 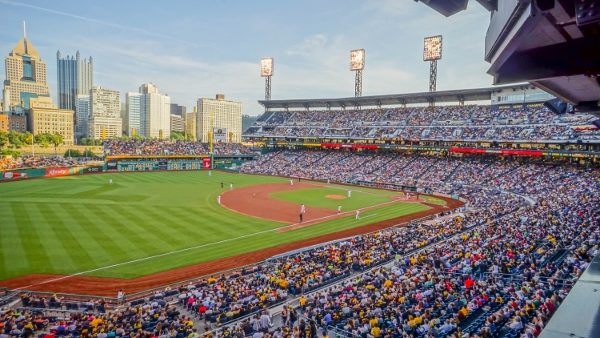 In general, we like to think that PNC Park was designed quite well and almost every seat offers a stellar view.

The only seats we do not recommend are the outfield seating areas. While these may be the cheapest seats in the house, you also have your back to the gorgeous skyline which, when viewed in tandem with the field, gives PNC Park its charm. (Although if you’re buying the cheapest ticket possible to get into the gate, we won’t blame you there- be prepared for a lot of sun exposure, too.)

From there, your decision of where to sit is all about your budget. 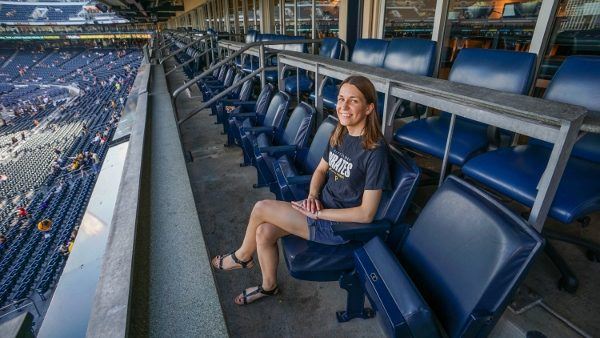 As you move up to the upper deck or outfield bleachers, tickets decrease in price to as low as $20; however, the first rows of the 200 deck are also club level and come with a surcharge for some nicer amenities and restaurants. In any case, there are options for just about anyone at this ballpark!

For those who don’t want a seat at all, you may also be able to get a standing room only ticket (sometimes just $10) and roam about the park at your leisure- something I did on opening day in 2019 and enjoyed quite a bit (although I sometimes attend opening day with seats). These tend to be released last minute and may not be available every game. In any case, when available they save a couple of dollars from the lowest priced seat if you can find them.

But, as the Pirates are generally not a good baseball team, as the season progresses and their record invariably gets worst, attendance tends to drop. As such, you may find better pricing later on in the year either directly or through 3rd parties like StubHub.

At the start of the 2022 season, some weeknight games were already available on that service for a fraction of listed price! 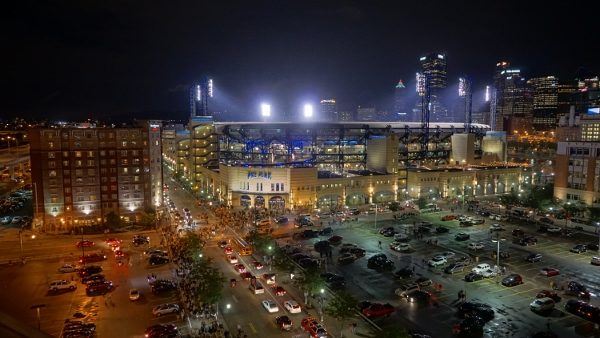 When it comes to parking for a game at PNC Park, you have a few options:

On the North Shore, there are several garages and surface lots available. Some of these are reserved for ticket holders who have prepaid parking, and others charge parking fees upwards of $30 or more. In general, we don’t recommend these unless you plan on getting in early and tailgating (for the surface lots at least) as they are expensive and fill up fast.

If you are taking in a night or weekend game, you can likely also park closer to Allegheny Commons in a metered space and not risk going over the ~2 hour time limits as meters in that area tend to finish at 6pm and do not charge on Sundays (and are just a short walk over to the stadium).

Downtown Pittsburgh has a number of public garages that charge their standard rates regardless of if a game is going on or not. Day games during the week can become cost prohibitive quickly, but flat rates start at around $6 at most public garages for nights and weekends. (Note that some private garages may charge surge pricing for game day so make sure you’re at a city garage- the closest being Sixth and Fort Duquesne which charges a $2 premium due to its location compared to other public garages.)

In general, it is very easy to park in downtown Pittsburgh, have a pre-game drink/meal, and walk over the Warhol or Fort Duquesne Bridges to save a fair bit of money. (Note: the Clemente Bridge is closed in 2022.)

For those who do not want to drive to the ballpark, the T has a stop just steps away from the stadium and the Gateway Clipper frequently offers paid transportation from the South Side in the summer months as well. 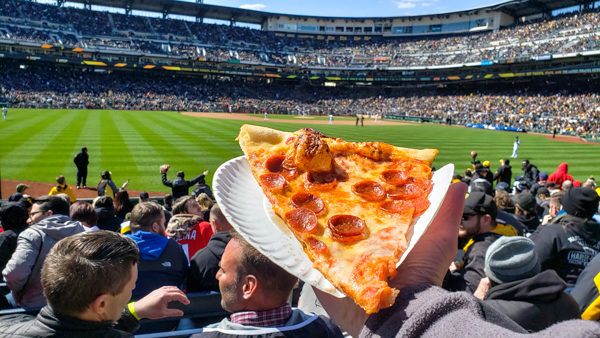 As with everything on Discover the Burgh, we like to highlight local businesses wherever we go. At PNC Park, your local options are fairly limited, with Primanti Brothers being one of the most popular.

Another favorite at the park is the Jim Beam Left Field Lounge (formerly known as the Hall of Fame Club) which has a higher-end menu compared to conventional stadium food as well.

Stadiums also release special menu items each year at their concession spots, and a guide to this year’s current new features and locations can be found here. 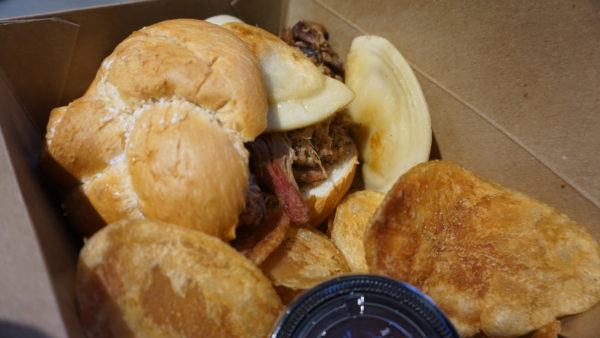 When it comes to drinking local, PNC Park is a bit hit or miss. A few Pittsburgh breweries can be found rotating in and out as well with varying frequency (we found Cinderlands, Trace, North Country, and more present in 2022), but for the most part the craft/premium beer that is available is more national domestic than local.

The North Shore around PNC Park also has a pretty active dining scene for those who are looking to get a meal or a drink prior to the game. We’re big fans of Burgatory, The Foundry, and Federal Galley for dining options, as well as Southern Tier for great beer options.  (For more ideas in the North Side at large, check out our neighborhood guide at the previous link.)

And of course, there are many great restaurants in the Cultural District just across the Clemente Bridge like Butcher and the Rye, tako, Meat and Potatoes, Proper Brick Oven, The Warren, Braddock’s, and more.

For those who want to take in food and bottled water into PNC Park, the stadium actually has a pretty flexible policy and more information can be found here. 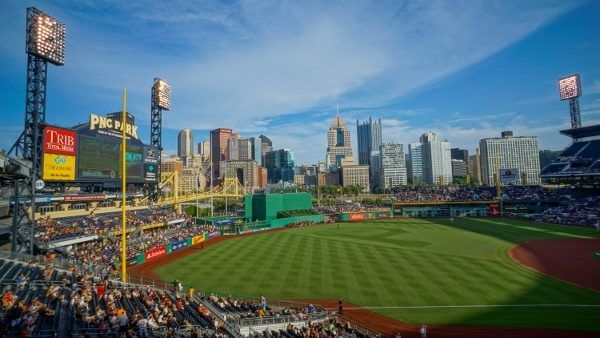 Getting in and out of PNC Park can both be summed up by one simple statement: if you’re parking in the North Shore, good luck.

Traffic can be fairly gridlocked on the North Side when arriving, and the garages tend to back up quite a bit on the way out as well (to the tune of an hour or more- if a busy game at least).

If you are thinking about parking on the North Shore, we highly recommend splurging for any surface lot option if you can find one, as you’ll most certainly save a lot of time when you leave.

For everyone else, parking downtown and walking over to the stadium is your best option. If your route can avoid the North Shore at all you’ll likely miss a lot of the traffic and can get in with relative comfort, enjoy the game, and leave with a slightly smaller headache from traffic than those who parked on the North Shore.

When entering the stadium be prepared for security checks. During the home opener in 2022, the security line was not bad at all and we practically walked right in (compare this to 2019 when they rolled out new security policies and it was a disaster, this was a welcomed sight).

So suffice it to say, if that sign is up during your visit you may want to be aware of what security is actually doing, as, at least during the home opener, they were not following official policy and creating a bit of unneeded hassle.

Also it is worth keeping in mind that PNC Park’s bag policy is also incredibly limited. Outside of dedicated medical or diaper bags, do not expect to be able to take anything in larger than a wallet. Current bag policies can be found here. 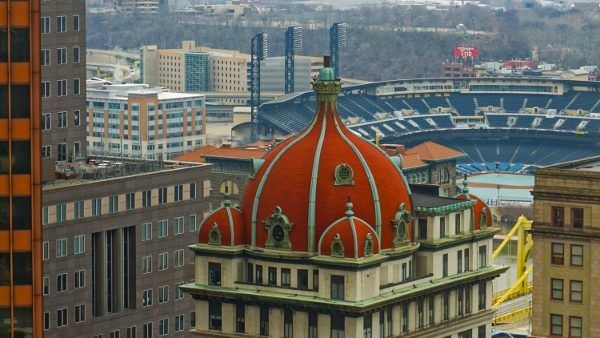 For those who need to stay overnight, there are a number of hotels near PNC Park to consider.

On the North Shore, there is the Hyatt Place, Residence Inn, and SpringHill Suites all quite literally a block or two away from the stadium. However, we do not recommend arriving or departing on game days because traffic on the North Shore can be quite messy as previously mentioned.

Downtown has a number of approachable options including the Renaissance Hotel, Embassy Suites, or Drury Plaza for those looking for a bit nicer accommodations and, potentially, a city view. All of these hotels are within 5-15 minutes walking from the stadium and have great locations in the heart of the city.

We also recommend the Sheraton Station Square for their premium river view rooms (stunning views of the city) and to access the Gateway Clipper transportation options to the stadium (extra charge).

Are you going to take in a Buccos game this season? Comment below to let us know what you think about the team, stadium, and game days!

For frequently asked questions about Pirates games at PNC Park, check out the following.

Why is the Pittsburgh Pirates stadium considered to be the most beautiful ballpark in the US?

Many people consider PNC Park to be the most stunning ballpark due to its stellar views of Pittsburgh’s skyline.

When is the best time to take in a game at PNC Park?

Evening games are generally better than day games to avoid the sun overhead for most of the innings.

What events are best at PNC Park?

PNC Park is known for its spectacular fireworks nights that are truly must-sees. These take place roughly once per month. One could argue more guests go for the fireworks than the game!