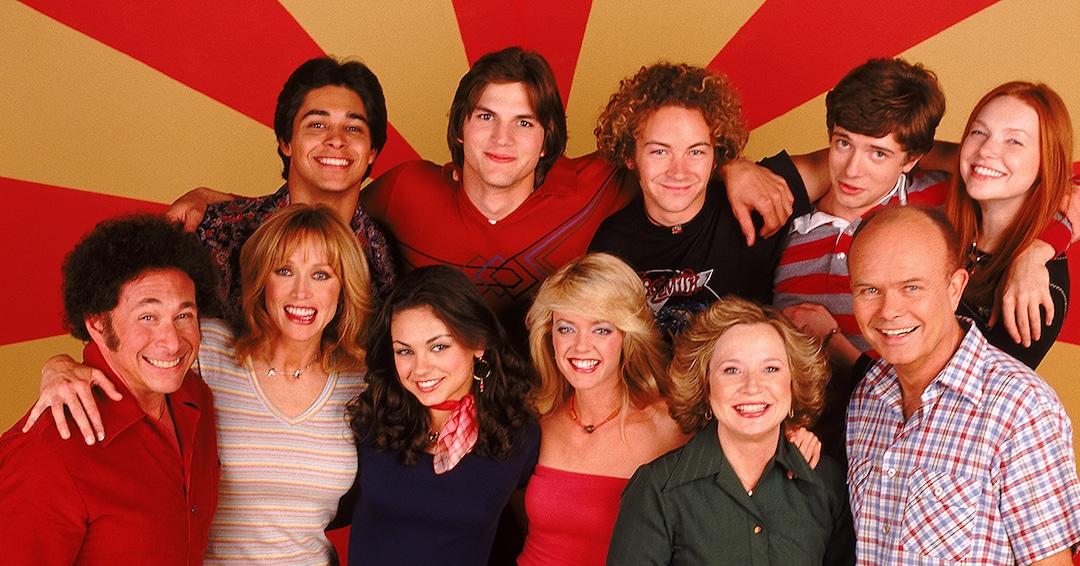 The gang is getting back together.

Netflix recently confirmed that Ashton Kutcher, Wilmer Valderrama, Mila Kunis, Laura Prepon and Topher Grace are set to reprise their roles in the That ’70s Show spin-off, which is set in the ’90s. The OG cast members will reunite with previously announced stars Kurtwood Smith and Debra Jo Rupp, who also serve as executive producers on the new series.

Following the announcement, Topher celebrated the news on Instagram, sharing a picture of himself in a Point Place Class of ’77 T-shirt, captioned, “Yup, still fits. #hellowisconsin.”

Even Wilmer got into character, whipping out Fez’s old bell bottoms and collared shirt for an Instagram Reel. “Red?” he wrote. “Let’s try this Amédica word again…”

Fans were hoping they’d get to see more of the stars, especially Laura and Topher, whose on-screen daughter is the star of the new series. As Netflix previously revealed, Eric and Donna’s kid, Leia Forman (Callie Haverda), returns to Point Place to spend the summer with her grandparents, Red and Kitty, as well as her new friends.