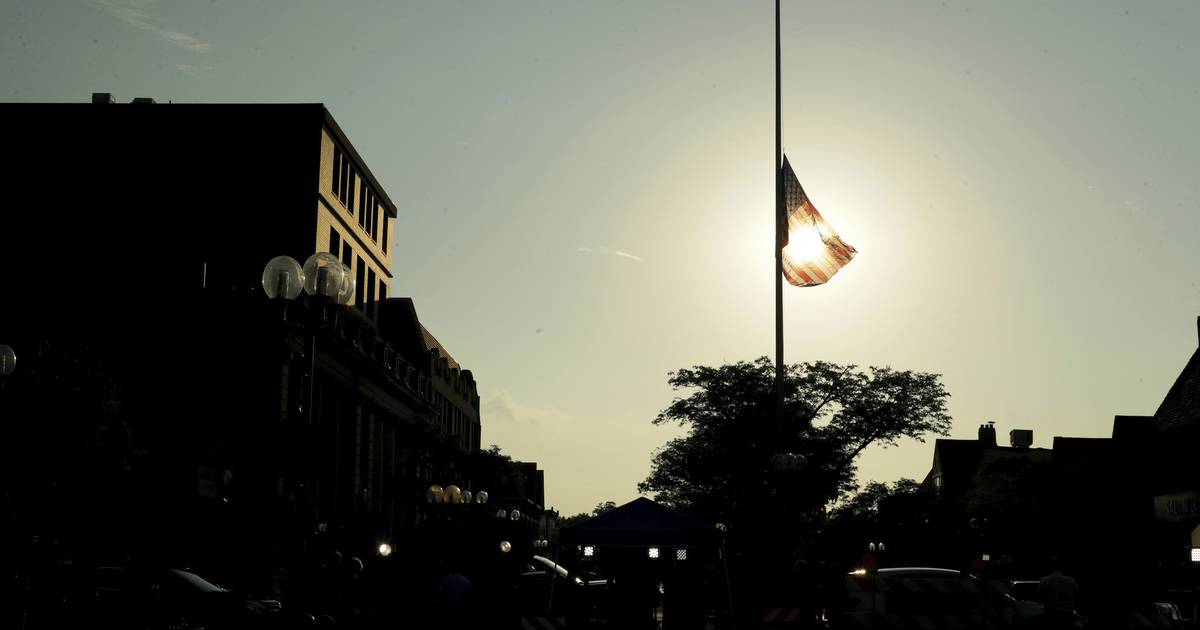 The parents of a toddler. A grandfather returned from Mexico. A synagogue employee known for her kindness. A family man who loved the arts.

A mass shooting during the Highland Park Independence Day parade has now claimed the lives of seven people and left some two dozen others injured, ranging in age from 8 to 85 years old.

Authorities have identified six of the seven dead as:

The seventh person has not yet been identified by authorities. Here is what we know about the victims of the shooting.

Tuesday, it emerged that the parents of 2-year-old Aiden, Irina and Kevin McCarthy, were among the seven people killed when gunfire erupted at the start of the local Fourth of July parade.

Aiden’s grandfather, Michael Levberg, told the Tribune Tuesday that he was eventually reunited with his grandson after Aiden was taken to the local police station.

“When I picked him up, he said, ‘Are Mommy and Daddy coming soon?” Levberg said Tuesday evening. “He doesn’t understand.”

Steve Straus, 88, was an exceptional joke-teller, an avid reader and a “culture vulture” who enjoyed the artistic fruits of the Art Institute and the Chicago Symphony Orchestra, family members said Tuesday. Energetic beyond his years, Straus commuted on Metra five days a week to his office downtown, where he worked as a stockbroker.

Straus, said his son Peter Straus, was “very curious about the world.”

A longtime Highland Park resident who was born and raised on the Chicago’s South Side, his son Jonathan Straus described him as “a product of Chicago.”

Nicolas Toledo, 76, had arrived a few months ago from his native Morelos, Mexico, to spend time with his family after retiring several years ago.

Toledo’s family said he was the father of eight and a grandfather to many who’d spent most of his life in the Chicago area but had returned to his hometown after retiring several years ago.

At the start of the parade, he was sitting in a wheelchair surrounded by children, grandchildren and great-grandchildren when the gunshots rang out; he reportedly was killed instantly.

“Today Nicolas is our guardian angel,” his granddaughter Xochil Toledo wrote about Nicolas Toledo. “We ask you (to) please keep our family and all the families of this horrible tragedy in your prayers and stay strong as a community.”

A woman who worked and worshipped for decades at a synagogue in Glencoe was among the victims of the deadly shooting at the Highland Park parade Monday, synagogue leaders confirmed.

Jacki Sundheim coordinated events and bar and bat mitzvahs at North Shore Congregation Israel, according to the synagogue’s website. Authorities said six people were killed and 24 others wounded when a gunman opened fire just as Highland Park’s Fourth of July parade was kicking off.

Sundheim also taught preschool at Congregation Israel, where she was a lifelong member, according to a message from the synagogue. It also said her “work, kindness and warmth touched us all” and that she guided “innumerable among us through life’s moments of joy and sorrow, all of this with tireless dedication.”

Chicago Public Schools teacher Zoe Kolpack was shot in the femur while attending the parade with her husband, Stephen; their two young children; her parents; and Stephen’s family, according to family friend Samantha Whitehead, who is raising money for medical costs.

Whitehead said Stephen Kolpack and Zoe’s dad, Mike Joyce, were shot in the leg as well, while Stephen’s brother, Nicholas, was shot in the kneecap. The injuries are not life-threatening, and the Kolpack children were unharmed, Whitehead said.

Whitehead said Zoe’s mother, Nancy Joyce, grabbed the two small kids and hid in a nearby building for about 45 minutes, until they were given the all-clear.

Meanwhile, Zoe’s dad “was hovering (over) her and protecting her because she couldn’t move. And she just said that, like, people were just running past her, and she was just screaming, ‘help, help.’ She said she felt like it went on for like 30 minutes,” Whitehead said.

Whitehead had raised about $140,000 through GoFundMe as of Tuesday morning.

In a statement, CPS said it was “devastated to learn that one of our CPS teachers and her family members are among those who were injured in Monday’s mass shooting in Highland Park.” Zoe, who has worked for the district since 2017, teaches preschool at William Dever Elementary School on the Northwest Side. CPS said “support services will be available to support the Dever Elementary staff and students as needed.”