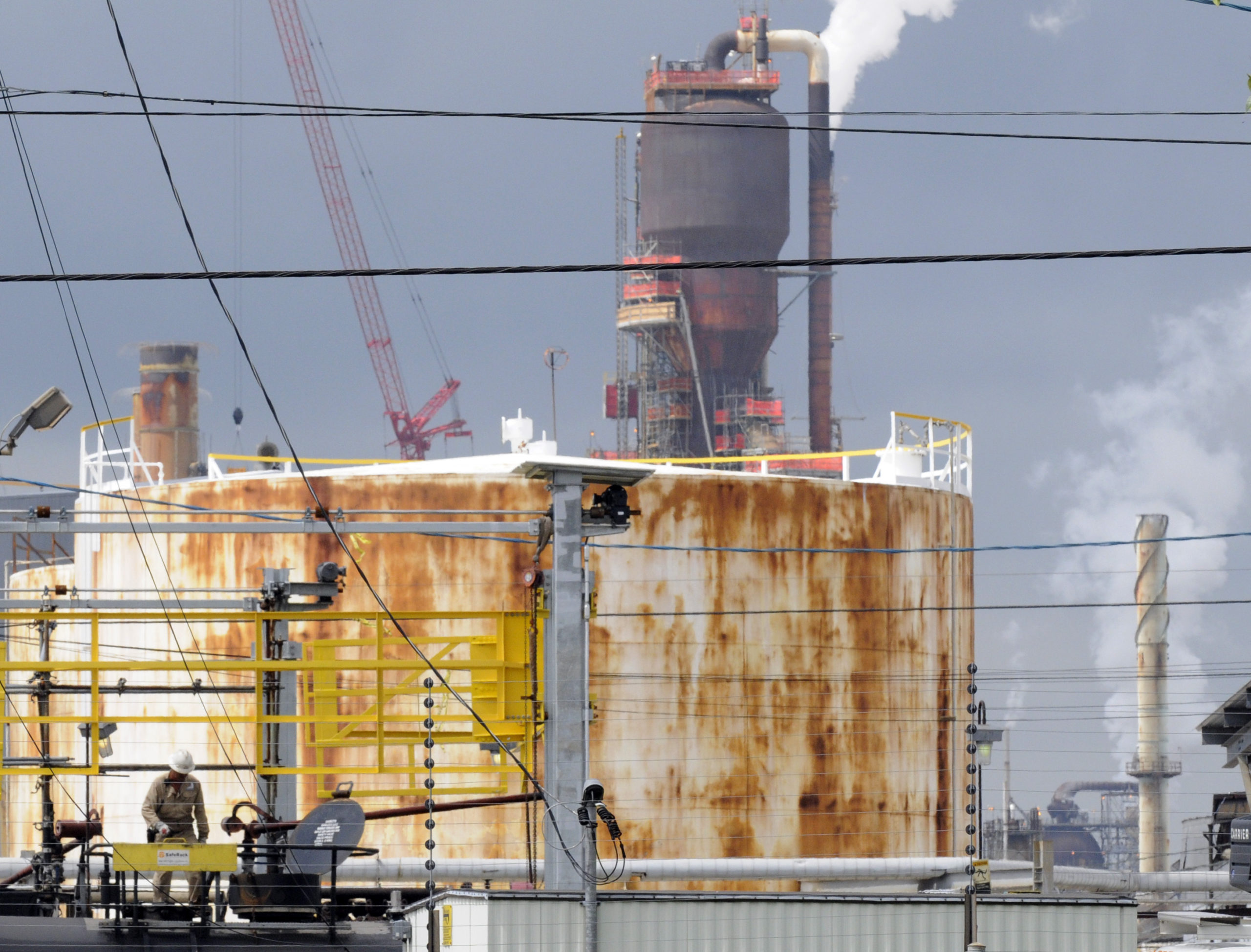 This piece is being published in collaboration with Public Health Watch.

On July 26, black clouds rose from flares at a Chevron Phillips chemical plant in Baytown, Texas, after a power outage hit the plant and the surrounding area.

The company estimated in a preliminary report to the state that it released thousands of pounds of chemicals during the hours-long incident, including 17,500 pounds of carbon monoxide and 980 pounds and 280 pounds, respectively, of the carcinogens benzene and 1,3-butadiene.

It was one of 108 unplanned chemical releases, known as emissions events, the facility has reported since September 2015, records show. But only 11 of those leaks have been deemed illegal and resulted in penalties from the Texas Commission on Environmental Quality, or TCEQ.

Put another way, about 90 percent of the plant’s accidental releases have gone unpunished.

Chevron Phillips, it seems, has gotten off easy. But it’s not that simple.

Releases like Chevron Phillips’ may be smelly, unsightly and even terrifying, but not all exceed permitted limits and are illegal. It’s hard to know for sure because TCEQ data can be difficult to navigate. And in Texas, even polluters that break the rules often get the benefit of the doubt.

The TCEQ’s most recent enforcement report shows that Texas had 3,032 emissions events that unleashed a collective 39.4 million pounds of chemicals in fiscal year 2021, which ran from September 2020 through August 2021. TCEQ Executive Director Toby Baker concluded that only 23 of those releases were “excessive” and worthy of enforcement. (Fiscal year 2021 saw a relatively low number of events due to the pandemic-related economic slowdown; the year before there were 4,257.)

The TCEQ determines if an event is excessive based on the cause, the frequency of unplanned releases at a facility, the potential impacts on public health and other factors.

Nikos Zirogiannis, a professor of environmental economics at Indiana University, has studied and written about emissions events in Texas for years. In a paper last year, he estimated that unpermitted releases cause an average of 35 deaths per year among elderly Texans. These deaths cost the state more than $300 million per year, he calculated.

Zirogiannis has found that, on average, 3,605 emissions events each year exceed permitted limits and are illegal. And yet the TCEQ issued only 462 penalties for illegal releases from September 2015 to June 2022, according to a Public Health Watch analysis of agency enforcement records.That means only a small fraction of the events Zirogiannis believes to be illegal result in fines. It’s hard to come up with a precise number because of the lag time – sometimes years – associated with penalties.

Another complicating factor: The so-called affirmative defense, put in place by the TCEQ in 2003. The rule allows the agency to waive penalties for emissions events that are “unplanned, unavoidable and properly reported,” the Texas Sunset Advisory Commission reported in May, and is supposed to be “a narrowly defined and tailored tool that incentivizes voluntary, proactive compliance.” In fact, it’s been overused: During the last five years, the commission found, TCEQ investigators decided the defense was valid for more than 85 percent of unauthorized emissions events.

A spokesperson for the TCEQ said the affirmative defense “only applies to a narrow subset of events” and is used by the agency to “more efficiently direct its investigation and enforcement resources.”

“The agency is taking steps to promote consistency in the review of emissions events, including updating the emissions event investigator guidance, conducting outreach directly to companies through industry groups and events, and implementing more standard processes,” the spokesperson wrote in an email.

Harris County, which includes part of Baytown, had 225 emissions events in 2018. As of June  2022, the TCEQ had issued fines for only 27 — or 12 percent — of those events. Last year, the county had 204 unplanned releases; it’s too soon to know how many will result in penalties.

LaToya Washington, who lives in Baytown and teaches environmental science in nearby Galena Park, said the walls of her home sometimes shake from accidents at facilities five miles away.

A Chevron Phillips spokesperson said the company’s release in July caused no injuries, and air monitoring by Harris County Pollution Control Services showed the surrounding community was not affected.

“The safety of our personnel and neighboring communities is a core value of our company, and we remain committed to responsible environmental management,” the spokesperson wrote in an email.

Not all of the emissions events in the TCEQ’s database are illegal. Facilities must report chemical leaks to the TCEQ within 24 hours of an incident, but the final report, due two weeks later, may show the plant never discharged more than its air permit allows. It’s a recipe for confusion: To determine if a release may merit a fine, one first has to look up the amount of a particular chemical a plant is legally allowed to release on an hourly basis. If any of these limits was exceeded during the event, there was a violation.

The sheer quantity of events at a plant also may not be meaningful. “The fact that some facility has a large number of events doesn’t necessarily mean those are events of substantial magnitude,” Zirogiannis said

Zirogiannis said the TCEQ has the most comprehensive air-pollution data of any state, but it’s not easy to use or understand.

”Not everybody has the time to go into the air emissions events website of the TCEQ and look what happened in a given day,” he said.

Zirogiannis said he worries that TCEQ’s penalties aren’t stiff enough to deter polluters. Public Health Watch found that the median TCEQ fine for an air-pollution violation between September 2015 and June 2022 was $7,500. After discounts for complying with the terms of the enforcement agreement, the median amount companies actually paid was $6,000.

“The question I always ask myself is, ‘Is the number big enough to make a dent?’ It is not clear to me that this is the case,” Zirogiannis said.

He pointed to a recent study that helps put TCEQ enforcement policies in context.

In a 2020 paper, two researchers from the University of California, Berkeley, noted that companies in the Houston area sometimes buy “offset credits” to increase emissions. Such credits can be sold by lower-emitting facilities to new or expanding plants. The researchers found that credits for nitrogen oxides or volatile organic compounds, including benzene and 1,3-butadiene, fluctuated between $5,000 and $25,000 per ton.

“If the median penalty is below that, that might suggest that polluters might have a preference for paying the [fine] rather than purchasing offset credits,” Zirogiannis said.

In short, it can be cheaper for a company to pollute illegally than to increase emissions legally.