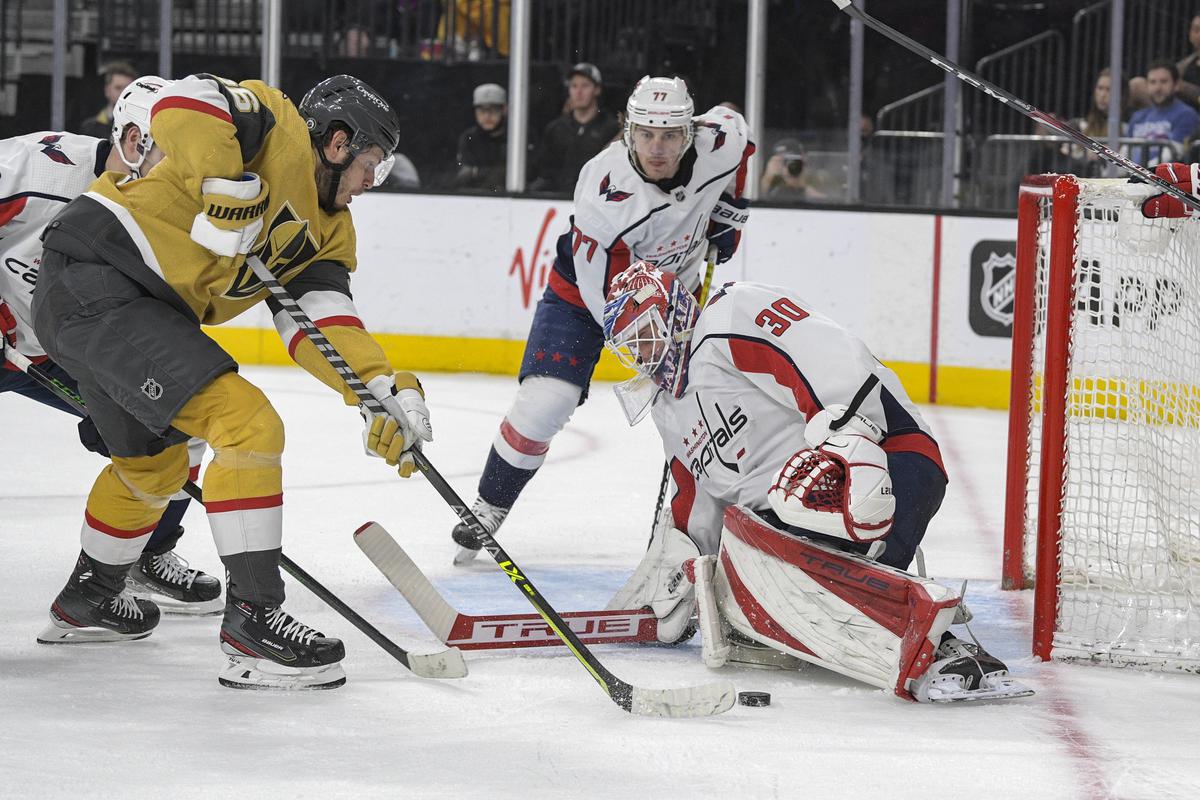 Shea Theodore scored two minutes into overtime, and the Golden Knights rallied despite an unusual goalie switch to win 4-3 against the Washington Capitals at T-Mobile Arena on Wednesday.

Logan Thompson made 13 saves after coming in for Robin Lehner, who stopped 12 of 13 shots in the opening 20 minutes.

Vegas scored twice in 49 seconds to take a 3-2 lead in the third period. Evgenii Dadonov tied it with his 20th goal of the season, and former Capital forward Chandler Stephenson deflected a Max Pacioretty pass to give the Golden Knights the lead.

Alec Martinez tied it 1-1 in the first after Capitals forward Evgeny Kuznetzov opened the scoring midway through the period.

Capitals superstar Alex Ovechkin scored his 50th goal of the season, and 780th in his future-hall-of-fame career, on a slapshot with less than seven minutes remaining to tie the game.

The win moves the Golden Knights (42-31-5) to two points behind the Dallas Stars for the second wild card in the Western Conference. Dallas lost 5-2 at Edmonton on Wednesday.

This is a developing story. Check back later for updates.

Democrats’ most crucial challenge, not just this year but in 2024