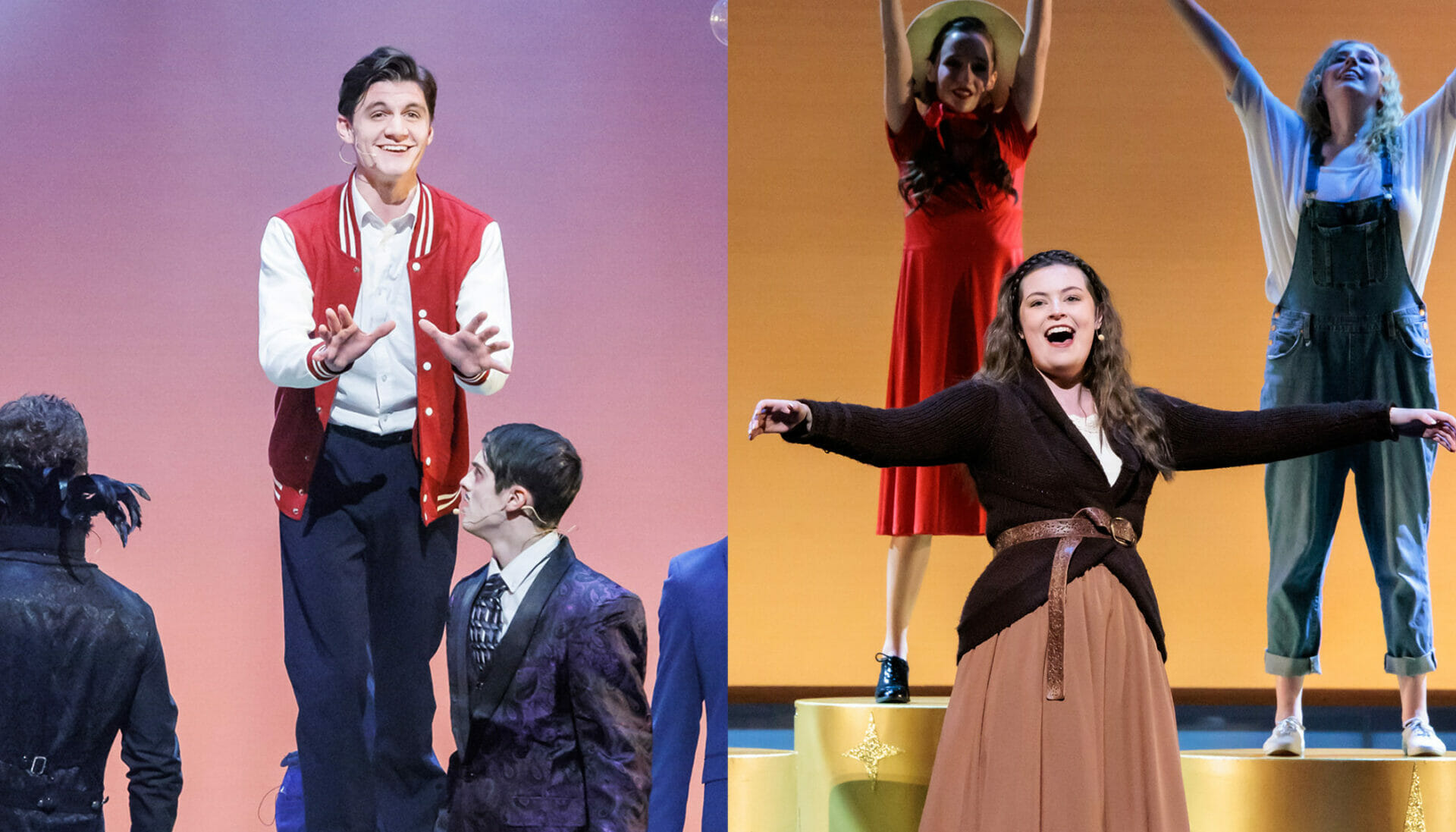 Two Georgia high school musical stars will receive the rare opportunity to perform on Broadway when they compete tonight in the National High School Musical Theatre Awards, also known as the Jimmy Awards.

Georgia Thomas of Greater Atlanta Christian School in Norcross and Eli Talley of Ringgold High School in the Northwest Georgia town of Ringgold will represent the state in the best performance by an actress and actor categories, respectively, at the Minskoff Theatre.

Recent graduates Thomas and Talley earned tickets to New York at the Georgia High School Musical Theatre Awards, also called the Shuler Awards, orchestrated by ArtsBridge Foundation and held at Cobb Energy Performing Arts Centre in April. Thomas won for her performance in the title role of Anastasia while Talley earned runner-up honors as Frank Abagnale Jr. in Catch Me If You Can.

Shuler Awards best actor winner Nicholas Alexander Wilkinson II of East Point’s Tri-Cities High School withdrew from the Jimmy Awards so he could join his classmates who were invited to perform Fela! at the International Thespian Festival in Bloomington, Indiana. That opened a spot for Talley at the Jimmys.

They will vie with high school talent from around the country for merit scholarships and professional opportunities at the 13th annual Jimmys. In addition to performing in the awards ceremony, students will participate in master classes and receive training and preparation from Broadway coaches and accomplished show-biz professionals.

Hosted by Kate Reinders, star of  Broadway and Disney+’s High School Musical: The Musical: The Series, the Jimmys will be streamed live  at 7:30 tonight on Facebook and YouTube and will be available for viewing through Thursday.

Thomas and Talley have good timing, with the 2022 edition marking the Broadway return of the Jimmys after a two-year absence. Administered by the Broadway League Foundation, the national competition was canceled in 2020 due to the pandemic and returned last year with an all-virtual format.

The two Georgia nominees also enjoyed getting pampered ahead of their time in the spotlight with a visit to the Elaine Sterling Institute, receiving hair, makeup and nail care services at the Lenox Square-based beauty school. Elaine Sterling Institute is a new partner of ArtsBridge Foundation, which provides arts education opportunities to K-12 students through programs at Cobb Energy Performing Arts Centre.

“Like many in our community over recent years, our administrators and artists at True Colors saw many theaters and arts leaders release statements of solidarity and commitments to focus their greatest efforts on equity following the protests of 2020,” Jones said. “With this Community Conversation, it is our hope that this distinguished panel will have a discussion that will [assess] our community’s efforts toward the realization of those statements and commitments.”

The 90-minute program will include live performances from True Colors’ production of Fannie, which essays the life of voting rights activist Fannie Lou Hamer. The Community Conversation is being presented in partnership with ArtsATL and TYDEF Studios and sponsored by the Bryan Cave Leighton Paisner law firm.

Admission is free with an RSVP here. Masks are encouraged.