The Zelda-Inspired Indie Game That Is Causing A Commotion 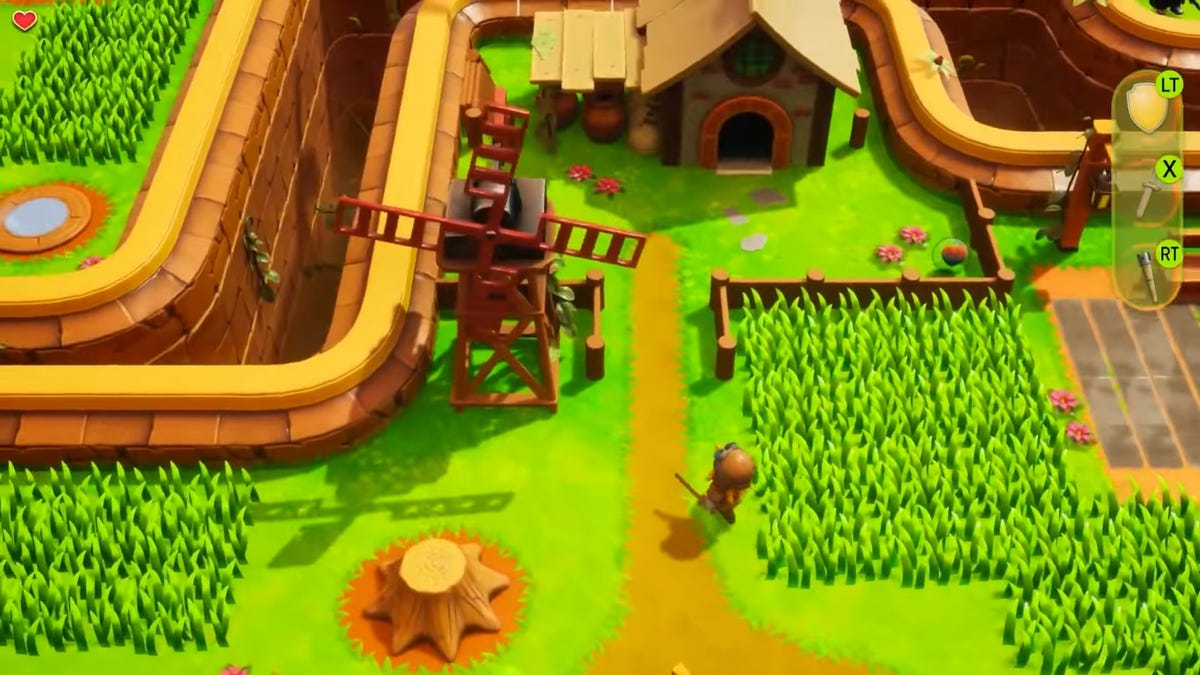 A recent entry in IGN’s peculiar indie developer-funding competition, Rogue Jam, has raised eyebrows for its obvious visual similarity with Nintendo’s 2019 Switch remake of The Legend of Zelda: Link’s Awakening. In response, many are attempting to whip up some sort of controversy, as if this isn’t how art has worked since the dawn of humankind. In fact Mysplaced, the game in question, looks fascinating.

Mighty money powerhouse IGN has somehow turned indie development funding into a reality TV show. Rogue Jam is a heavily sponsored series of videos in which a collection of industry figures—including Reggie Fils-Aimé—judge unsigned, in-development games, with a view to one getting a deal with publisher Rogue. In the most recent episode, they decide on the Audience Award, where at some point an audience apparently voted for their favorite games from a selection, creating a final four from which the panel picks just one.

Within all this over-produced, bewilderingly edited creation, is Zelda-lookalike Mysplaced, and its co-creator Soheyl Ghiami. The whole episode plays out as an uncomfortable confusion of asking unknown indie developers to pander to major industry figures who would otherwise ignore them, so IGN can sell Galaxy Racer ads. (Make sure to check out 26:36, when “DUH-DAH-DUUUUUN” music plays out after the most banal Reggie comment about a game called Cold Fortune, as the show throws to imaginary commercials.)

Despite the name looking like someone was trying to remember that pre-Facebook social site, this is in fact a game that immediately looks an awful lot like the recent remake of Link’s Awakening. And to the panel’s credit, they don’t condemn the game for its visual similarity to the 2019 Switch remake, but in fact focus more on issues with difficulty, and of course how it will differentiate itself from its inspiration. (Although Reggie rather oddly requires that this specific game be “something that…a player’s going to say wow, this is something new, and not at all what I’ve ever done before.”)

However, others have responded far less kindly. Multiple sites are reporting the story through the lens of outraged fans, with words like “rip-off” in their headlines. Meanwhile, IGN framed the entire episode around the sense that there should be some controversy here: Its cold-open has Reggie declaring, out of context, that when a game looks too similar, the “community can be harsh.”, and its promotional blurbs using phrases like “unashamed clone” and “A Shameless Zelda Clone.”

This did the trick, and audience reactions are hostile. “They bout to get sued into oblivion,” says one response on Twitter.

“Imagine using words like reminiscent and inspired when discussing what amounts to complete plagiarism,” says another, before flouncing and bemoaning the state of modern games journalism.

Which all betrays a deeply peculiar lack of understanding of the history of art. Art has, since the first Neanderthals put paint to cave wall, been a process of copying. It is only in the last one hundred or so of the intervening 64,000 years that humans have decided this is somehow an inherently wrong act.

If anything, it speaks to the wholly successful brainwashing of an entire species by the copyright industry. Rather than celebrating that someone else is able to create a thing that looks like something we previously loved, we leap toward accusations of a crime, toward declarations that the individual making some art will be joyfully and righteously crushed by the behemothic corporation that did something similar first.

The thing is, it’s simply not plagiarism to copy an art style, and even in our times of rich musicians successfully claiming ownership of the order of musical notes, you still can’t sue someone for making a game that looks like your game. “Steal” the assets, and then sure, lawyers get rich. But create a simulacrum, and you’re good. Which, fascinatingly, seems to cause people to veer from “CALL THE POLICE!” to, “Well it’s morally wrong then, isn’t it?”

Except, pick any period of art and you’ll see precisely the same, and indeed this being celebrated. Picasso and Braque didn’t sue Metzinger, Léger, Gleizes, and Delaunay for “ripping off” cubism. Michelangelo and del Sarto didn’t issue cease and desist notices to the Mannerism movement. Art copies art, always has, always will.

What makes Mysplaced so much more interesting is that the husband-and-wife development team have taken Link’s Awakening’s palette as a foundation for a different type of game. Ghiami describes it as far more metroidvania in its approach, with the intriguing twist that it will require real-world research to solve some of its in-game puzzles.

I argue this ought to be encouraged! In fact, I think it should go far further. I’ve long believed that one of the saddest aspects of modern game design is that AAA developers spent hundreds of millions creating extraordinary, expansive worlds, and then they’re thrown away after one game. Let people “rip off” that world, create their games inside it. Let this industry be one where people freely and joyfully share their art, whether by giving it away, or encouraging others to learn from it, to mimic it, such that they can then develop it and find their own personal style. One that, then, is copied by others!

Anyway, Mysplaced went on to win the vote not only of IGN’s audience (by the slimmest of margins) but also that of the four industry judges, meaning the creators get $50,000 to put into development. So, despite the framing by IGN, and that of others reporting on it, this has been a victory of sharing, for taking inspiration!

It’s unclear from the video how much further involvement Rogue will have with the game, and we’ve contacted them to ask about that, and if they fear a response from the notoriously litigious Nintendo.