The vaccines are working. Getting them to the Americans who need them is still proving difficult 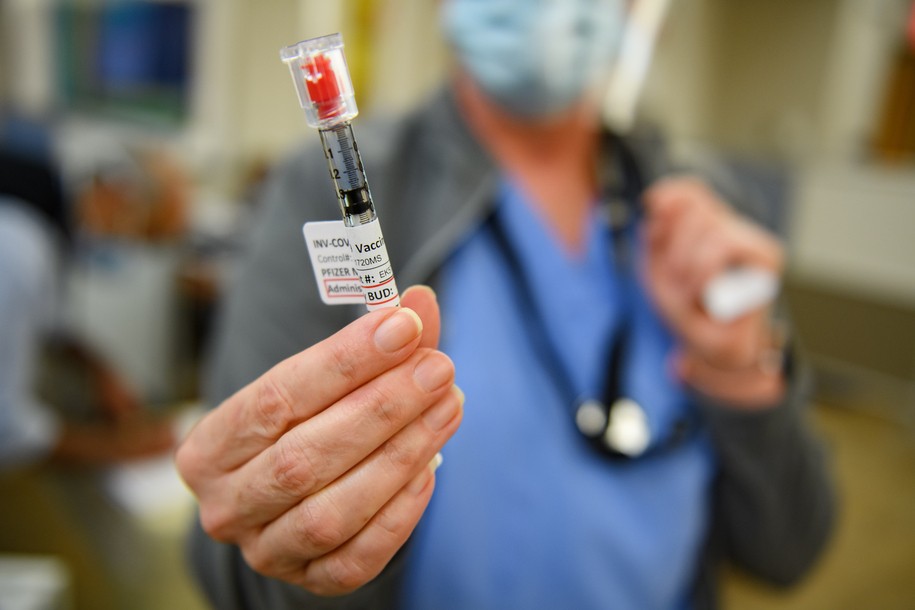 The New York Times‘ David Leonhardt puts some perspective on the numbers: Given a sample of 75,000 American adults, the virus “has killed roughly 150 of them and sent several hundred more to the hospital.” Of the 75,000 people included in research trials for any of the five current vaccines, zero have died, and only a handful have been hospitalized.

Even though researchers are counting up “effectiveness” percentages based on each vaccine’s ability to prevent any symptoms of infection, Leonhardt notes, each vaccine is proving very effective at turning COVID-19 infections into “something much milder than a typical flu.” Don’t let the effectiveness numbers scare you off.

While the good news comes from the scientific realm, the bad news comes predictably from the political one. Even though the pandemic continues to harm nonwhite populations in America disproportionately, in the nation’s mass vaccination programs it’s white Americans who are getting the injections in disproportionate numbers. New York City Mayor Bill de Blasio presented the demographic breakdown of those vaccinated so far, and white New Yorkers have gotten their first vaccination shots at over twice the rate of Black, Latino, or Asian New Yorkers.

NBC quotes de Blasio as chalking up the “profound disparity” to a “profound problem of distrust and hesitancy” among nonwhite groups. That may be part of the problem—but it isn’t all of it. Nonwhite Americans are overrepresented in jobs classified as “essential” during the pandemic, but those essential workers are still not able to get vaccinated even if they desperately want to. The Washington Post brings us that side of the story. Rather than prioritizing essential workers—who exist in myriad roles throughout American life and who are by necessity more exposed to the virus than workers who can self-quarantine at home—states are scrambling to speed up after the sluggish start of vaccination efforts by prioritizing based on age, with elderly Americans going first and younger Americans being delayed.

From a bureaucratic standpoint, prioritizing Americans by age is far more expedient and easier to manage than hashing out the details of who in each state counts as an “essential” worker and who does not. Grocery store clerks, restaurant employees, farmworkers, delivery drivers: The government has made the conscious choice to prioritize elderly Americans based on their increased risk of death from the virus rather than prioritizing the workers most likely to get the virus.

Those are all debatable choices, but the results remain what they are: By shifting to age-based prioritization rather than risk-based prioritization, states are providing vaccines disproportionately to white Americans while leaving other groups underserved. Still.

The final piece of bad news is a throwback to the Trump era, or rather, an illustration of how the past Republican administration’s incompetence and bungling will haunt us well into the future. On Sunday, STAT News reported that the Trump administration aggressively lobbied Congress last fall to prevent extra funding from being allocated towards mass vaccination efforts.

That’s right. And as usual, it was an effort based on ideological crackpottism that overwhelmed any sense of true crisis.

STAT points to failed Republican gubernatorial candidate Paul Mango as the driver of the efforts to, um, defund state vaccination efforts. Mango was absorbed into the Trump administration after losing a 2018 primary bid for the Pennsylvania governorship, and soon became one of Health and Human Services Secretary Alex Azar’s top representatives.

“A lot of them had shut down their economies and they weren’t getting tax revenue,” he told STAT.

As bizarre as that sounds, it is in keeping with the incompetent Republican maladministration’s belief that the states should be left to their own devices to battle the pandemic, from Jared Kushner’s initial reluctance to aggressive countermeasures due to his belief the virus would mostly affect Democratic-leaning states to Republican demands even today that state aid be stripped from future spending. Mango’s suggestion that the states had “shut down their economies” and therefore caused unnecessary damage themselves is also a claim echoed by the full chorus of conservative pundits and appointees.

It seems vanishingly unlikely that states would be able to fully vaccinate the entire American population for 67 cents per person—even the physical delivery of vials needing to be kept in precise temperature ranges would likely blow that budget. But Trump’s conservative government arsonists were obsessed, no matter how quickly the pandemic’s death toll began to grow, with notions that states were trying to use the crisis to line their own coffers.

So that’s where we are today, roughly one year after the COVID-19 virus made its way through American airports. We already have, thanks to herculean medical efforts and a bit of luck, multiple vaccines capable of knocking the virus down and returning our lives to some resemblance of normal. But we’re only just beginning to design some process by which those vaccines can actually reach the people who need them after many, many months of conservative stonewalling and demands that everyone but them bear the responsibility for doing so.