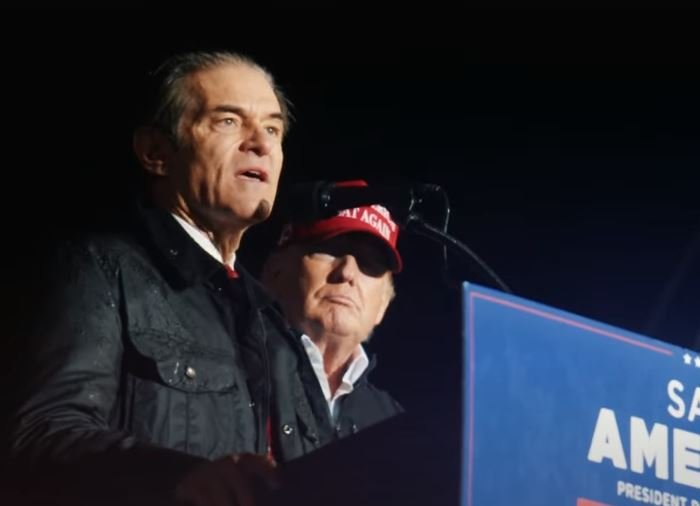 A recent fundraiser sponsor in New York for David McCormick was the founder of a consulting firm representing the controversial Dominion Voting Systems.  McCormick also made big bucks lobbying for Communist China.  McCormick moved back to Pennsylvania to run in the GOP Senate race after Sean Parnell dropped from the race.

President Trump had this to say about McCormick at a recent rally in Pennsylvania.

In the closing weeks of the 2022 primary election Dr. Oz and Kathy Barnette pulled ahead of David McCormick. Oz was up 7 points. Barnette was up 5 points on McCormick.

But on Tuesday night when the mail-in ballots started to come in, David McCormick built a sizeable lead against Dr. Oz and Kathy Barnette was a distant third.

Interesting, @DrOz won the most Trumpy counties in Pennsylvania, meaning counties that were once Democratic strongholds in which DJT made the most inroads to include Luzerne, Monroe, Greene, Pike.

So, there goes the central thesis that he would not appeal to Obama/Trump voters.

But the counting continues 24 hours after the polls closed. The ballots keep coming in just like in 2020. No one knows how many are left to count.

And they are holding votes in Allegheny County — which is the second-most populous county in the state and David McCormick’s hometown.

This is just unbelievable…

These stupid bastards aren’t going to be happy until the system collapses and we all start killing each other.

What do a lack of trust in government/elections, food shortages, and unaffordable housing ALL have in common?

They destroy societies and collapse empires.

Exactly, it doesn’t matter whether it’s simply incompetence in a single county that happens to be the home base of the trailing candidate, it’s the mere appearance of impropriety that poses a serious danger.

And it’s not too far of a leap, folks.https://t.co/ty6LA9eXCT

Whether you like Dr. Oz, or Kathy Barnette, or David McCormick is not the issue.

The issue is Pennsylvania cannot run a trustworthy election. You cannot trust what is going on behind the closed doors.

This should concern every Republican and every honest American. We either have a republic or we don’t have one.