The severe cost of the world’s baby bust 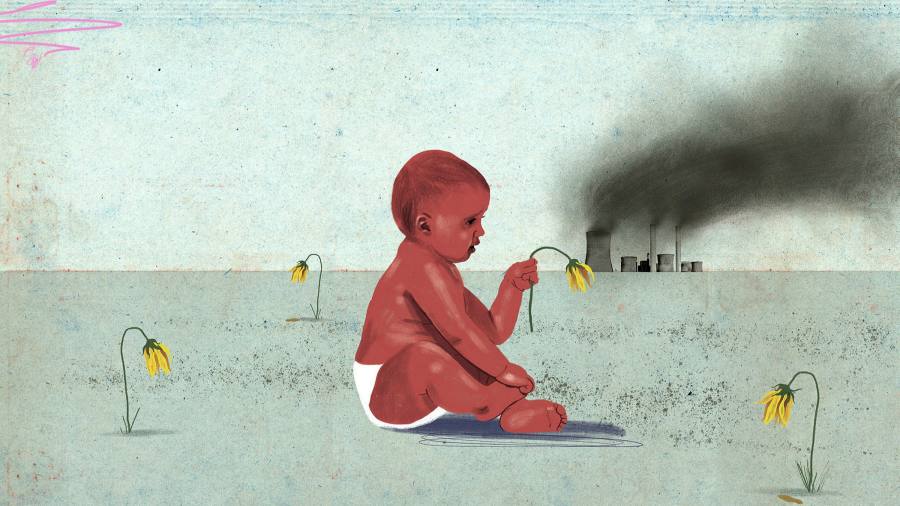 We are in a global baby bust of unprecedented proportions. It is far from over and its implications are gravely underestimated.

The worldwide fertility rate has already dropped more than 50 per cent in the past 50 years, from 5.1 births per woman in 1964 to 2.4 in 2018, according to the World Bank. In 2020, the 20 per cent shortfall below replacement rate in US fertility, together with low net immigration, produced the lowest population growth on record of 0.35 per cent, below even the flu pandemic of 1918.

Many countries, including Italy, South Korea and Japan, are predicted to see their populations drop by more than half by the end of this century.

The coronavirus pandemic is also having a profound incremental impact, with provisional fertility declines of 5-15 per cent in most developed countries. South Korea recently reported a 2020 fertility rate of 0.84, the lowest rate ever recorded for a major economy.

Lower population growth directly causes slower economic growth. A falling fertility rate also increases the proportion of older adults in the population. In China, for example, the percentage of people aged 60 or over has risen from 6 per cent in 1970 to 17 per cent today and is predicted to reach an astonishing 35 per cent in just 30 years.

This trend will result in a greatly increased burden on pension and medical systems as fewer workers struggle to look after a growing number of retirees. With the old taking up more resources, and the shortage of young workers requiring more capital spending to maintain productivity, the current era of excess savings is likely to end.

This is likely to lead to the higher inflation and real interest rates typical of the pre-2000 era. This would almost certainly be accompanied by a reversion towards the lower average levels of asset prices that characterised the 20th century.

From an environmental perspective, a smaller population is exactly what the climate and biosphere need. However, we must still fully decarbonise global industrial systems and reduce CO2 in the atmosphere to its pre-industrial level of 280 parts per million from its probable future peak of more than 550 parts.

To achieve this will require every biological and mechanical innovation of which we are capable. Unfortunately, lower economic growth caused by a shrinking and ageing population may weaken not only the necessary innovation and investment but also the resolve to do it. It will need significant fiscal and regulatory encouragement to get the job done.

The most frightening aspect of this baby bust is that it is not occurring entirely by choice. Social changes, particularly female empowerment, and economic constraints contribute to the falling birth rate.

But our actual capacity to have children is in steep decline, as evidenced by a shocking 50 per cent decline in sperm count since 1970 and an equally rapid increase in age-adjusted miscarriage rates.

The most likely cause of this is endocrine disruption, which is the hijacking of our body’s hormonal system by environmental toxicants.

Infertility is beginning to rise rapidly and, combined with the increasing age at which women in developed countries are having children, is leading to greater difficulty conceiving.

The tens of thousands of artificial organic chemical compounds that we use in everyday life are undoubtedly contributing to these effects. The detrimental health effects of some, such as bisphenol A, phthalates and perfluorinated compounds, are already well known. More research is needed to discover other culprits.

The US is an outlier in this respect. For example, the benefit of doubt is given in the EU to human safety from chemicals. But in the US this is given to the intellectual capital of our corporations, in accordance with the so-called Kehoe rule, that suspicious chemicals should be assumed innocent until proven guilty. This kept lead in petrol for 50 years after its danger was first suspected.

Whereas the US has banned only 11 substances in cosmetics, the EU prohibits more than one thousand. Ultimately, a complete shift in our attitude towards regulation will be required, including the prevention of “regrettable substitution” which replaces banned chemicals with their chemically similar and equally dangerous relatives.

Known endocrine disrupters must be banned entirely, and far more stringent regulations are needed to oversee new chemicals that are being developed, to ensure that they are proven safe before they come to market.

As we did with leaded petrol and lead paint, we are poisoning ourselves and our environment. We have to stop now to protect both our health and our economic wellbeing. We are in a global baby bust of unprecedented proportions. It is far from over and its implications are gravely underestimated.

The writer is co-founder of GMO asset management. Shanna Swan of the Icahn School of Medicine at Mount Sinai and author of “Count Down: how Our Modern World Is Threatening Sperm Counts, Altering Male and Female Reproductive Development, and Imperilling the Future of the Human Race”, contributed.