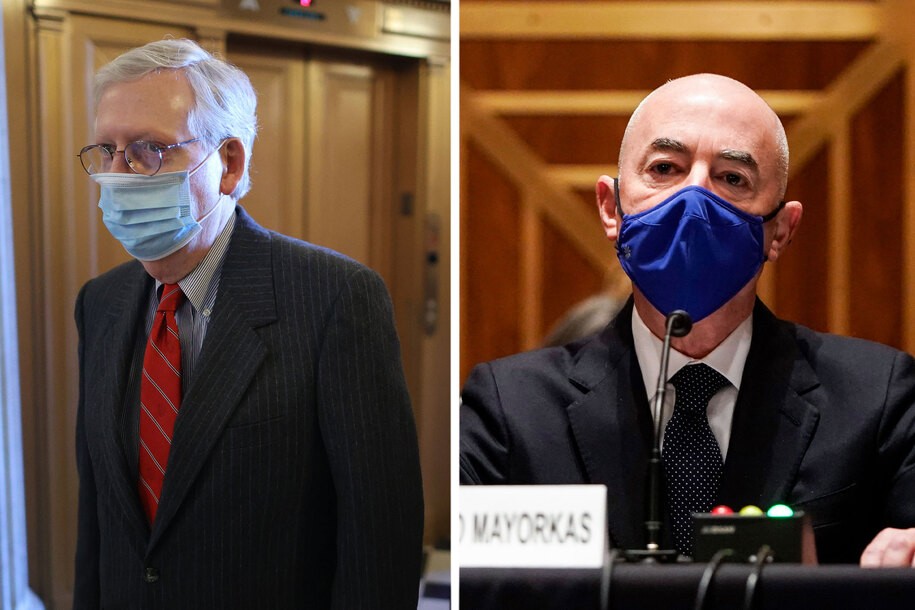 The only two DHS confirmations McConnell has participated in over the last seven secretaries (most of them “acting” secretaries who weren’t confirmed) was John Kelly and Kirstjen Nielsen. Most recently, John Kelly is trying to make money right now off of the pain inflicted by the Trump administration on people trying to find a better life in the United States. Nielsen, like Kelly, signed off on one of the great human rights disasters the United States has participated in in recent memory.

McConnell’s objection is supposedly based on the DHS inspector general finding in 2015 that Mayorkas had used his position at the DHS improperly, saying “The juxtaposition of Mr. Mayorkas’ communication with external stakeholders on specific matters outside the normal procedures, coupled with favorable action that deviated from the regulatory scheme designed to ensure fairness and evenhandedness in adjudicating benefits, created an appearance of favoritism and special access.” At issue was the EB-5 program Mayorkas was in charge of at the time. The program helped green light visas for foreign investors, as along as they put $500,000 into “job-creating U.S. businesses.” The program became considerably larger under Mayorkas and led to questions about his and other elected officials’ relationships with the businesses benefiting from the program. Sen. McConnell would have a foot to stand on if he weren’t such a corrupt hypocrite himself.

McConnell’s Senate confirmed all kinds of incompetent boobs during the last four years, as well as clear pay-to-play donors. The corruption McConnell and the Republican Party openly engaged in between 2016-2020 is so blunt and easy to understand it might be taught in grade schools in the future. After confirming his own wife, the incredibly terrible Ellen Chao to transportation secretary under Trump, who openly promoted a pay-to-play model for building our infrastructure in a way that would only benefit private businesses, McConnell’s deep baritone bullshit isn’t going to carry much weight across the aisle.

Mayorkas is a Cuban-born lawyer who has a portfolio of experience that includes the Deferred Action for Childhood Arrivals immigration program (DACA), one of the only things protecting immigrants during our recent Trump-led, zero tolerance, family separation policies of the last four years.